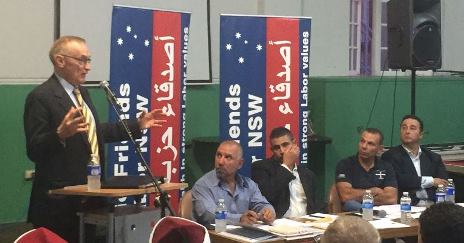 Please find some photographs as well as dot point brief of our event:
As you can see from the photos, the event attracted a large gathering of members of the ALP and a cross section of the Multicultural communities, as well as Arabic media representatives.
At this meeting three motions were moved and unanimously adopted and to be debated at the next State ALP Conference. See attachment.

As to Bob Carr’s message I can provide a brief account of what he said:
• Bob acknowledged the attendance. He said he was very much impressed with the community support for the Palestinian cause and a just solution to the Palestinian people.
• He said that the world has been conned by successive Israeli governments who stated that they were in favour of a two state solution when in fact they continue to build more and more illegal settlements to the point that there are now over 600,000 new settlers.

• He spoke of the far right Netanyahu government’s lack of interest in a two state solution.

• He cited Israeli newspapers talking about the apartheid conditions that apply in Israel’s occupied territories and spoke of the terrible living conditions imposed on the Palestinian people.

• He recalled, how as foreign minister, he fought within cabinet with the then Prime Minister Julia Gillard over how Australia ought to vote on the recognition of Palestine to the status of the Vatican. He noted how even with that Julia Gillard refused to even accept Australia abstaining from the vote. He reported his delight when his cabinet colleagues, one after the other supported him and the decision was taken not to oppose but to abstain.

• He spoke of the role of the Zionist Lobby in Australia and the pressure they apply.

• He noted how the Israeli lobby tried to paint some Humanitarian support for the Palestinians in Gaza as somehow supporting terrorists.

• He also spoke of the great support provided by Labor MPs at state and Federal level for the motions at state and national Labor conferences calling for greater opposition to settlements and now with the support of Labor members we will move that Labor Recognise the State of Palestine at the next state conference and thereafter at the next national Conference. This puts us n line with 137 countries who support the right of the Palestinian people to a state of their own.

• Finally he was critical of PM Malcolm Turnbull who attacked the UNSC recent resolution stating that all settlements are illegal. Bob said that even Trump told Netanyahu to ease off on settlements where as our Prime Minister failed. That places Turnbull to the right of even Donald Trump.

• He thanked the branches and the Arabic friends of Labor for their tenacity and hard work and noted his delight to have former foreign Minister Gareth Evans, former Prime Ministers Bob Hawk and Kevin Rudd support the call for a recognition of Palestine Now.


As to my comments:
• To state the obvious, all administrations were and are still staunchly Pro-Israel.
• The United States remains a staunch ally and has consistently rejected international sanctions against Israel.
• The United States’ unwillingness to alter its position vis-vis Tel Aviv meant that Israel was under no obligation to alter its own behaviour.
• Post 1978 Camp David accord however, almost every U.S.A administration began to query Israeli settlements.
• From President Carter onward the shift to some recognition of a Palestinian autonomy began to develop. The actions of past Administrations show two things: 1. The strength of support for Israel and 2, the beginnings of a shift toward the rights of the Palestinian people to a nationhood.
• Our hopes were high with Obama. He stood up to Benjamin Netanyahu and regularly urged Israel to establish a moratorium on settlement expansion, but sadly during his presidency there were three large-scale Israeli military onslaughts against the besieged population of the Gaza Strip and as He was about to exit, he signed off on the U.S.A-Israel defense agreement guaranteeing Israel $38 billion in military aid over 10 years with no strings attached.

• We hope now it is not too late as we now see Palestine disappear before our eyes.

• I thanked the gathering and urged them to continue the struggle for Palestine. Apathy is no option. We must continue the fight for recognition of Palestine before it disappears. The Labor Party is a social Justice party. It supports the rights of people. I am proud to have been a member of the party and proud of my friendship with Bob Carr. He has lead the fight and it is through his tenacity and perseverance that we now have members of the party actually speaking out as have many Labor members including former foreign Minister Gareth Evans, former Prime Ministers Bob Hawk and Kevin Rudd. 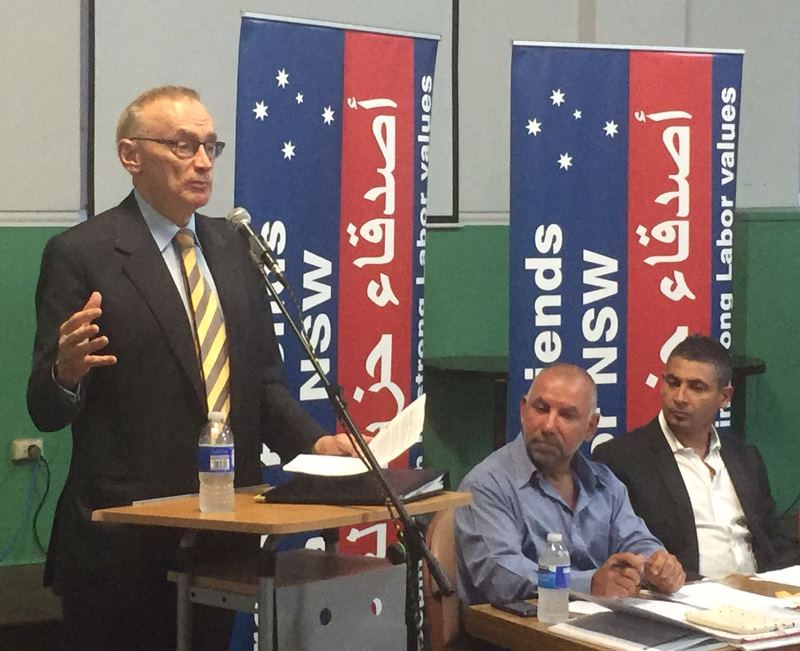 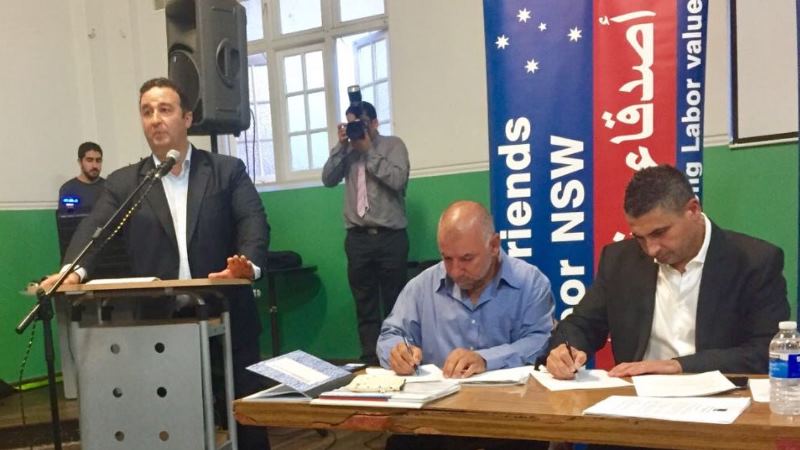 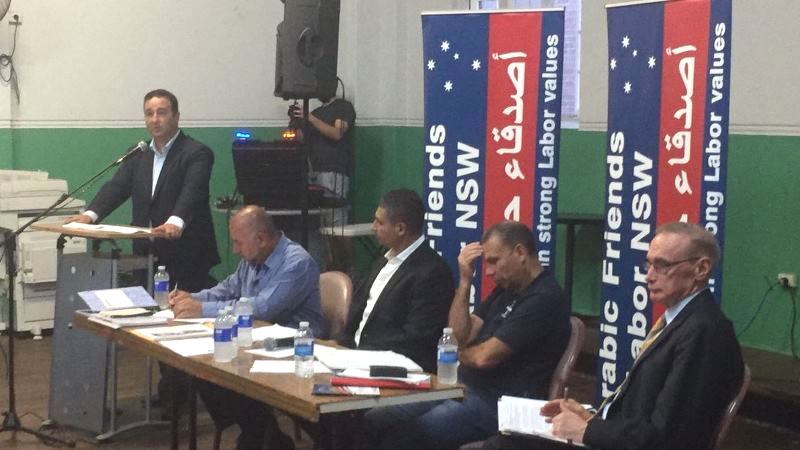 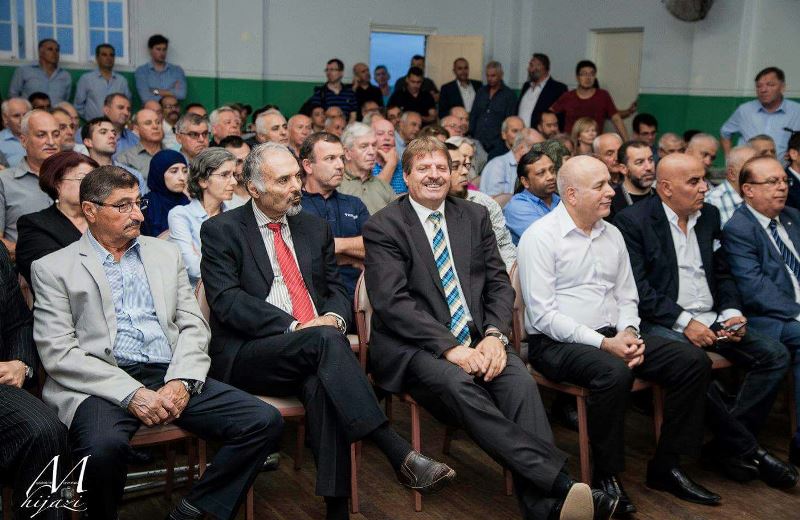 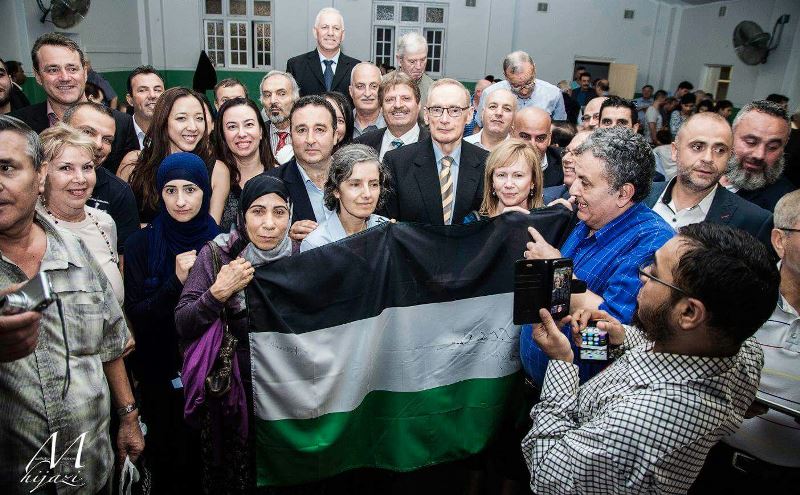 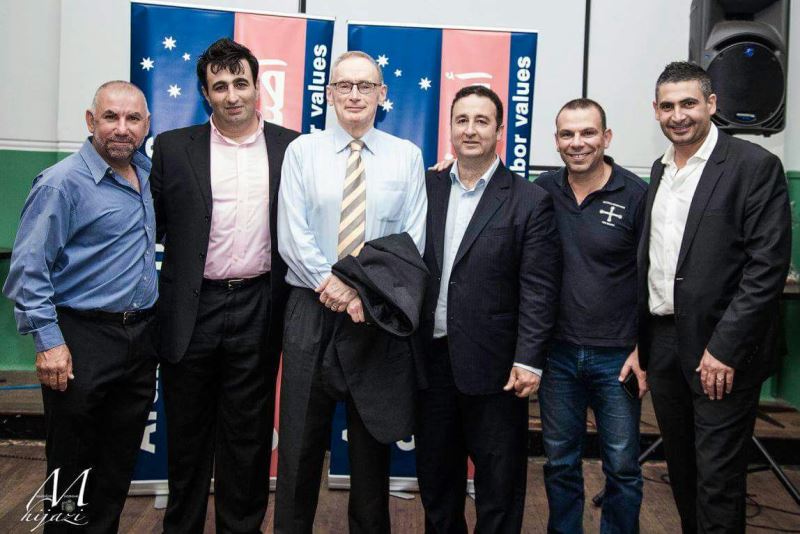 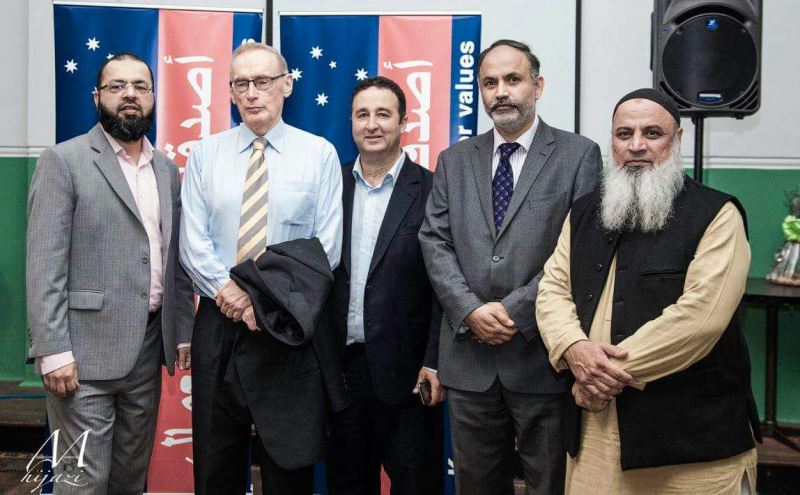 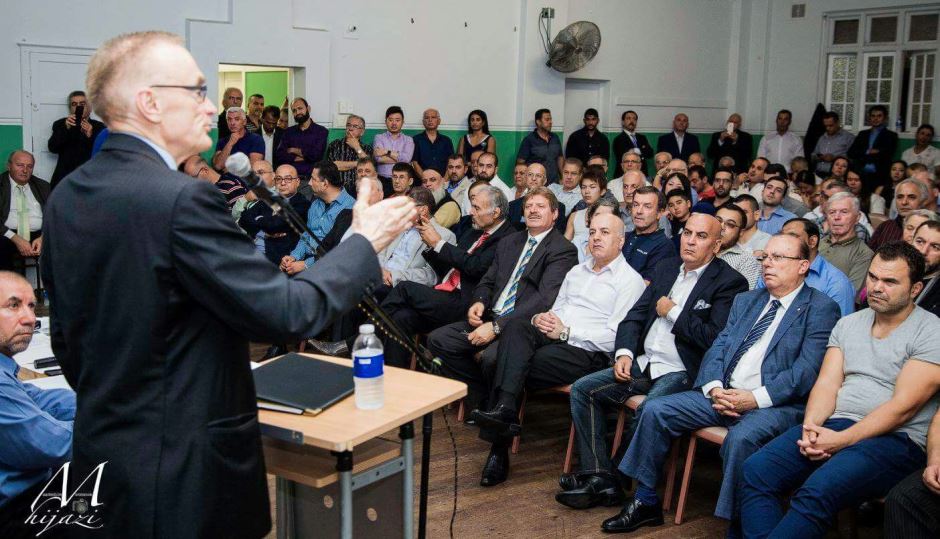