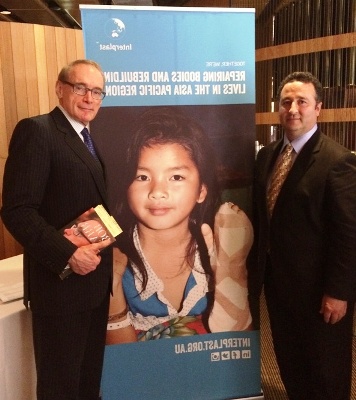 Launch of Bob Carr's Diary of a Foreign Minister, his second coming at NSW Parliament House

On the afternoon of Wednesday 28th May, 2014 Bob Carr launched his book, 'Diary of a Foreign Minister' at NSW Parliament House. The event was held in the Waratah room and began with a speech by the Hon. Shaoquett Moselmane MLC. Bob Carr then took the lectern and gave an arousing speech which was well received by the audience. Bob Carr spoke about substantive issues within his book such as the politics surrounding decision making during his time as Foreign Minister. Following his speech, Bob Carr then participated in a book signing and photo session with those in attendance. 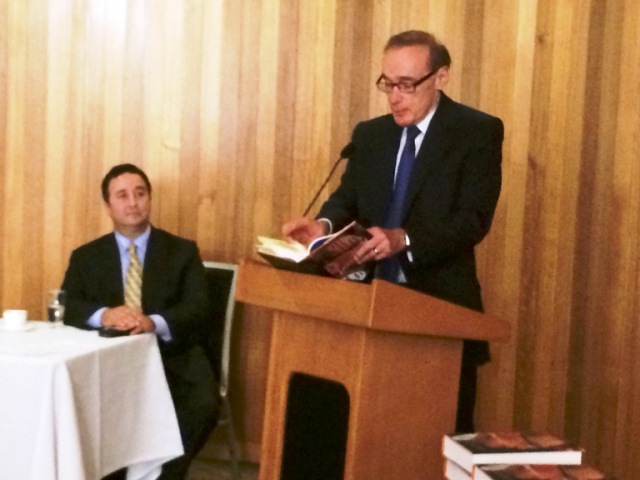 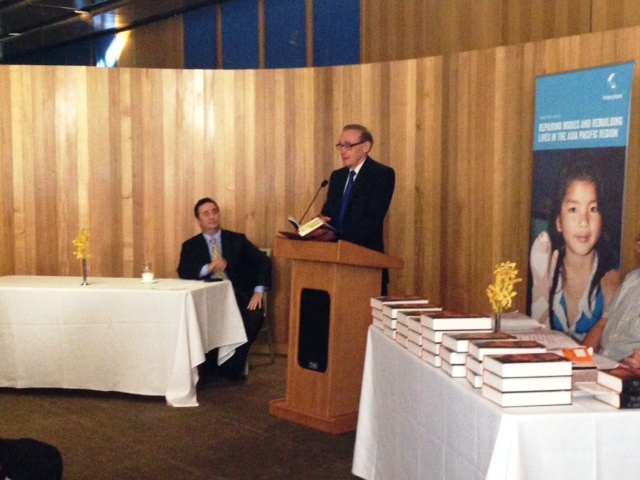 It’s a great honour for me to say a few words at this launch of Bob Carr’s Diary of a Foreign Minister. Bob is one of our great political leaders and it is an absolute pleasure for me to do this.

I promise, you will enjoy the afternoon, particularly when Bob takes the lectern to speak.

As many of you would be are aware Bob was Premier from 1995 to 2005, the longest continuously serving Premier for the state. He commenced his political life when1st elected National President of Young Labor in 1970. He completed his tertiary education with an honors Degree in History.

After graduation, Bob took up an number of jobs, he was a radio journalist for the ABC, a reporter for The Bulletin magazine as well as an education officer for the Labor Council of NSW.

Bobs background, his education, his leadership skills and his wit combined with his charisma and presence put him in good stead as a leader capable of imposing if not commanding respect.

Bob was the subject of a couple of Biographies and authored Thoughtlines and My Reading Life and now the "Diary of a Foreign Minister".


The Diary of foreign Minister received mixed reviews with varying degrees from ridicule to praise. Some criticized Bob for his complaints about business class airline food, while others depicted him as trivial and selfish, a Foreign Minster for nothing, complaining about jet lag and boasting as he mixed with the rich and powerful. 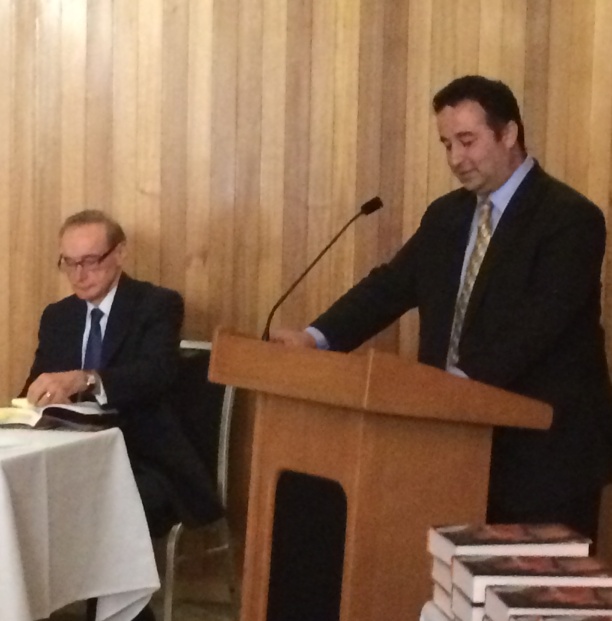 Some of these reviews were very limited in their perspectives and I think failed to see the forest from the trees. They failed as one argued to see “the important subtext” in Bob’s Diary.

They either failed to understand or didn’t want to give Bob credit for what Bob was about and what he wanted to say in his Diary.

Bob wanted to engage, entertain and inform his readership and he did it with satire, self-mockery, self-aggrandisement and trivia.

Bob has an engaging sense of humour. He enmeshed the comic with the real and wanted to inject some humour and entertain the reader.

Bob clearly wanted the reader to see the lighter side of him where he notes that he "has more energy than 16 gladiators", or when he likens himself as a Fuhrer.

Or when he says:  "I am not like you suburb-dwellers".  "I am extraordinary and bizarre in my talents, my discipline, and my obsessions. And I have to be like that to make it this far in public life, because a normal person isn't welcome or useful here at the top."

In all this, one I think should not forget that Bob’s diary reflects a short 18 Months stint in his job as a Foreign Minister.

I think though that this short episode caps a successful career in the life of a great NSW Political leader.


Bobs Diary of a Foreign Minister in my view presents two sides, one to Bob and the other to the Australian Political story. Bob the comic; the satirical energetic Bob on the one side and the real, the rough and tumble Bob the foreign Minister with a genuine foreign policy mission that was at the core of Australia’s national Interest and Australia’s international standing.

From what I’ve read in the book I personally found that it gave an important insight not only of political decision making but also an account of the politics of decision making. It presented a view to power, who has access to power and the effect of the interplay between power players on the country’s national and international stage.


Locking horns with our embattled PM Julia Gillard on the question of a Palestinian state is a good example of this interplay.

In his Diary, Bob covers a cross section of areas but three themes were central to his diary, namely Australia’s UN Security Council Bid intertwined with the issue of the Palestinian people and the other one, of far more immediate significance to Australia - the rise of China.

China, important to Australia’s security and economic future but there needed to be a balance with our other western ally – the United States.

Both China and U.S are in constant wrangle and we needed to adopt a more measured and independent position that accommodates China's rise in Asia but one that would not offend the U.S. A dilemma all of Australia’s past and present political leaders will struggle with.

The other key matter in Bob’s diary which I alluded to earlier was Australia's UN Security Council bid one that was intertwined with another other overarching issue, the plight of the Palestinians and their push for a status at the UN.

A people disposed of their land and under occupation for the past 60 years required a solution and Bob wanted to help. Bob noted that 152 members of the UN voted yes in granting the Palestinians Status at the UN. There were some abstentions and seven in the negative, those in the negative were: ''the US, Canada, the Marshall Islands, Nauru, Micronesia, Israel and - disgracefully, shamefully - us. The shame.''

Bob is a statesman with an insight and understanding of who fits where on the international scene. His knowledge proved most useful in achieving Australia’s winning bid for a position on the Security Council, one that that helped him force a change to Australia's UN vote on the Palestinian question and he did this against the will of  his leader.

At minimum Bob wanted to abstain while Prime Minister Gillard wanted a NO vote.  His relentless drive and perseverance delivered a victory. Not only was this a victory for Bob but more importantly a victory in Australia’s national interest and international standing.

Ladies and gentlemen, I will stop here but before I call on Bob I wish to thank you for your attendance and hope that you would stick around, enjoy the tea and coffee and buy Bob’s Book with it you get Bob’s autograph and a photo and all proceeds will go to charity. 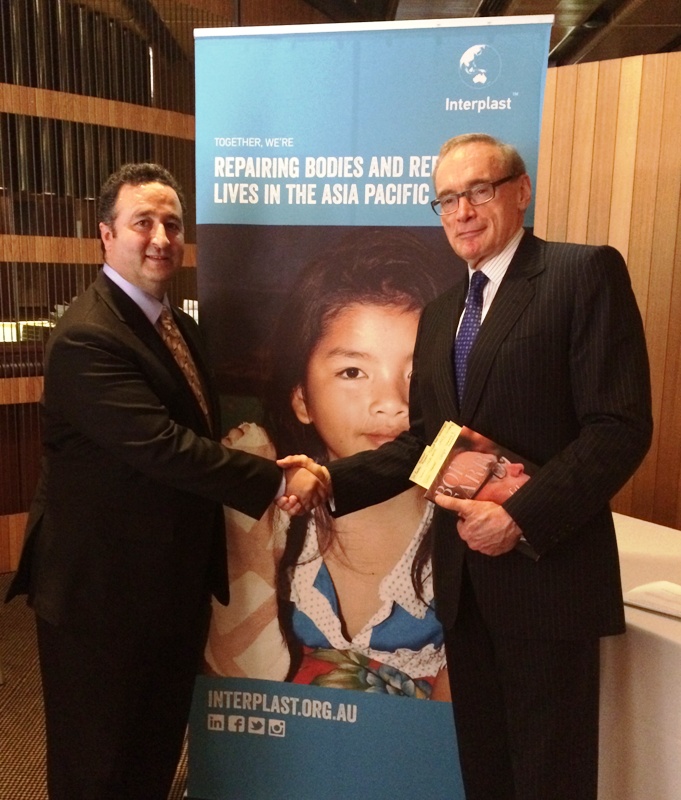