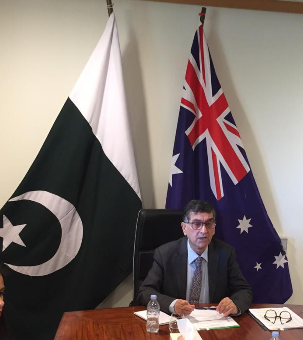 The High Commissioner H.E. Babar Amin briefed the Minister about cooperation between Pakistan and Australia in Education sector. A large part of Pakistani students as well as the community were located in New South Wales that were positively contributing to the development and people to people contacts between both the countries. There was immense potential of growth in that sector, he further informed the Minister about his engagement with various Australian Universities, especially in NSW.

The High Commissioner Babar Amin also raised the issue of Pakistani students enrolled in different Universities and who were unable to join their universities in Australia due to the Covid-19 related travel restrictions. While referring to the NSW’s plan for bringing students into Australia, the High Commissioner requested the Minister to give due priority to the Pakistani students. He also offered to bring a chartered flight into NSW if the government allowed while making special quarantine arrangements. 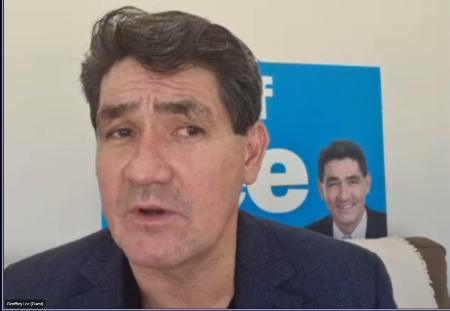 The Minister Hon. Dr Geoff Lee said that bringing back all international students in a phased manner, was priority of NSW government. The pilot plan would bring only 250 students per fortnight. The numbers will have to be subsequently increased. He assured to raise the issue of Pakistani students in Vice-Chancellors Committee. 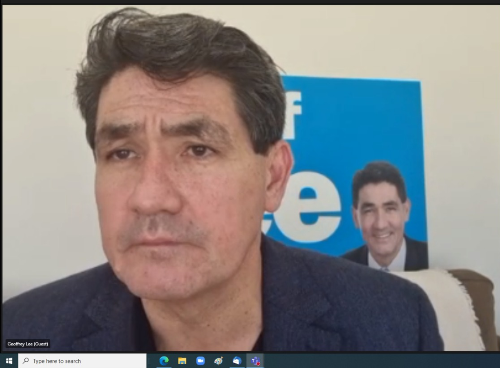 Hon. Dr Geoff Lee also offered to raise the issue within the NSW Task Force for students’ return to create a transit hub in the Middle East as well to facilitate Pakistani and other South Asian students. He added that under current plan, NSW universities were tasked with arranging flights for students. However, NSW government will consider Pakistani proposal for a chartered flight in coordination with the universities.

The High Commissioner Babar Amin expressed his readiness in offering any assistance for bringing the students into Australia. He also briefed the Minister regarding improved Covid-19 situation in Pakistan, which was conducive for students’ return. 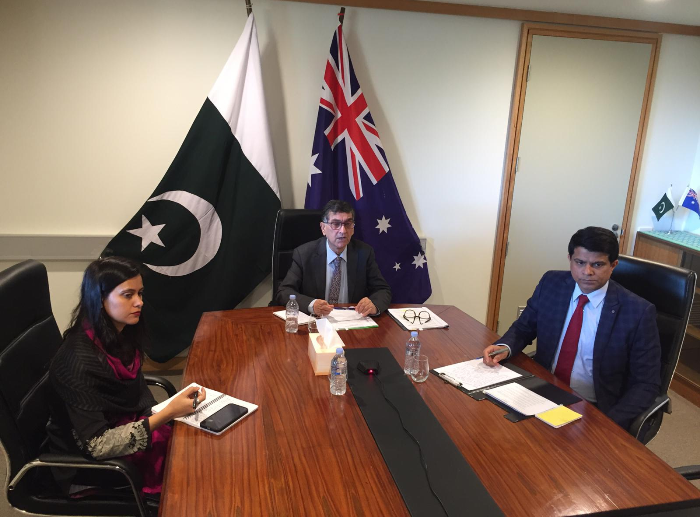 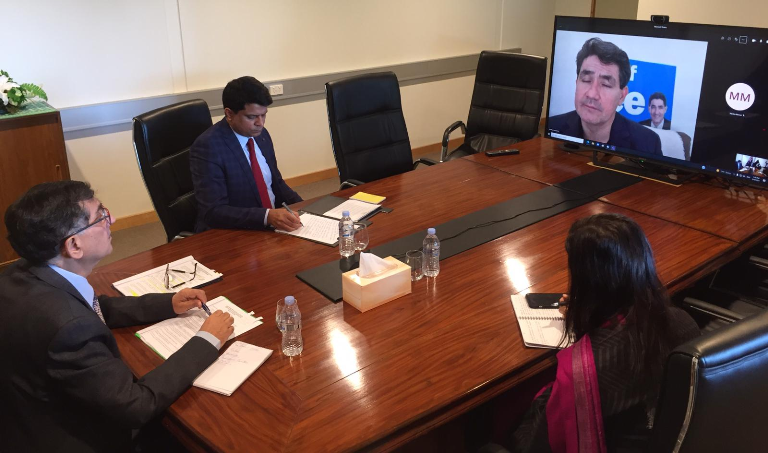