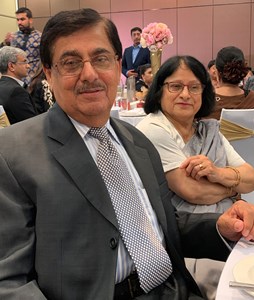 The Taliban are back, with a big bang. Our “incompetent and corrupt ally” in Kabul has gone down tail-spinning, along-with whatever we had built around him during the last two decades. We, in the West, are back to square one. Trillions of dollars and colossal human losses have gone down the drain, along with our dreams.

The international media is echoing our sentiment – faithfully and enthusiastically: the “primitive tyrants” have used “force and fear” to dislodge a constitutional government; dumped the “democratic” constitution, assiduously put together by the best of the American and the British legal brains; and vowed to enforce “repressive Shariah” laws. And, if past is any index for the future, they will “ban girls” from public life – no education, no job, no freedom – reducing them to domestic slaves.

The Taliban leadership is trying to dispel the above apprehensions, of course, without giving in on the Shariah laws. In a stark departure from the past, they are showing maturity, flexibility and magnanimity. They have granted general amnesty, shunned sectarianism and agreed to share power with their erstwhile political adversaries. And, to our pleasant surprise, they have promised emancipation of women. This is, undoubtedly, too good to believe till we see the promise translated into action.

The credit for the good news must, in all fairness, be shared with member countries of the Organization for Economic Cooperation and Development (OECD), who have, individually and collectively, been constantly goading the Taliban to this end.

The OECD is an inter-governmental economic forum. It comprises 38 high-income economies, with a very high Human Development Index (HDI). They are “committed to democracy and the market economy” and are considered to be “developed countries”. They are regarded highly in quality of life, health, education, economic freedom, civil liberties, and political rights.
Paradoxically, however, the condition of women in these “developed countries” is not all that enviable. Out of top 11 countries with the highest rape crime in the world, 8 are from the OECD – US (# 3), England & Wales (# 4), Canada (# 7), Australia (# 8), New Zealand (# 6), Sweden (# 2), and Denmark and Finland (# 10). The two other “democratic” and reasonably developed economies, figuring in this notorious list, are South Africa (# 1) and India (# 5). The only “under-developed” member of this “gang” is Zimbabwe (# 9).

According to available sources**, one American woman is sexually assaulted every 107 seconds; and one out of 3 will be sexually assaulted in lifetime. The annual rape cases in England & Wales range between 47,000 to 61,000 i.e. almost 300 cases per day. In Canada, there are 460,000 sexual assaults every year i.e. over 1,200 per day. Sweden has the second highest number of rapes in the world, after South Africa; and the highest in Europe. One out of every 4 Swedish women ends up as a rape victim.

Australia, with the world's 12th largest economy, the 8th highest HDI, and the 9th highest ranked democracy, is regarded “highly in quality of life, health, education, economic freedom, civil liberties, and political rights.” Unfortunately, the reported rape rate per 100,000 people in this “highly developed country” is also “relatively high.” One out of 6 Australian women faces the torture of rape by a non-partner, compared to one in 14 around the world. “During the last year, an estimated 51,200 Australian women, aged 18 years and over, were victim of sexual assault” - 140 per day. Seventy percent culprits are family members, friends, school and work mates. Only 1% are strangers. On average, one Australian woman is murdered every week by her current or former partner.

The sexual assault rate in New Zealand, 16.4% of its female population, is far higher than the world average, alongside Australia. Every two hours, an attack involving sexual violence takes place. One out of 3 girls is sexually abused before the age of 16.

The plight of women even in the most “civilized” nations, incessantly championing the cause of universal human rights and dignity, raises the following questions:
- Are prosperity, freedom, democracy, Western education, the rule of law, and every legal protection enough to save women from the male animal instinct? If yes, then why the above-mentioned barbarities and, if not, what else is needed?

- Are we, the OECD-men more civilized than the Taliban or, in other words, are our women safer amongst us than those amongst the Taliban?
Our concern for the Afghan women is not entirely misplaced. But, doesn’t charity begin at home? Doesn’t our obsession with Burqa, Hijab and Manteaux distract us from the plight of our own women? Don’t we need to put our own house in order, first? As per Iqbal’s famous verse, quoted at the top, doesn’t the OECD-woman “provide colour to the painting, called the universe?” Isn’t she “the lyre that imparts pathos and warmth to human life”? I am sure, she does; and, thus deserves recognition, protection, affection, care and respect.
OECD-Women Also Matter
……………………………………………………………………………
*The author is former diplomat, based in Canberra and can be reached at khizar_niazi@hotmail.com