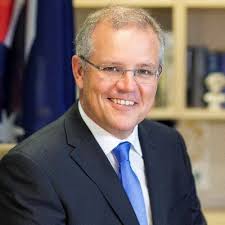 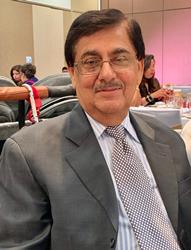 Hon. Prime Minister,
Every proud Australian citizen is happy to learn that you will be holding a “virtual summit” meeting with your Indian counterpart, Hon. Narendra Damodarsas Modi on 4 June. It is heartening to note that in the long over-due meeting, the two “like-minded democracies and natural strategic partners” will be exploring “new opportunities in defence, trade, maritime safety and security, science and technology, and education”.

Given the on-going Indo-China stand-off at Ladakh, PM Modi would, almost certainly, solicit Australia’s support against China. India is our valued ally. We are morally bound to act as its true friends and genuine well-wishers, not as taken-for-granted camp-followers. We must, therefore, advise it what we believe is in its best interest.

Besides, we must also protect, project and promote our national interests, without compromising on principles; and foster excellent relationships with our time-tested allies, without inventing new enemies. Australia is a medium-sized power in every sense of the word. It cannot afford to get involved in the Big Powers’ wars. It’s good to have Big Powers as allies but better not to behave like them. Discretion is always the best part of valor.

As the Prime Minister of a democratic country, deeply committed to peaceful co-existence and resolution of disputes according to International Law and morality, the UN Charter and Diplomatic Conventions, you may kindly make the following points during your discussions with PM Modi:
1. War creates more problems than it solves. It has never been the best option.
2. A developing country like India, where millions of people are still living under poverty line, breeding on foot-paths for generations, cannot afford to go to war, and that too, with a country like China. Why to start a war that cannot be won? Why commit suicide?
3. The border between India and China, spanning over 2,000 km, is the longest undefined disputed international boundary in the world. It is humanly impossible to settle the dispute militarily. Reason must prevail.
4. As for the latest show-down in Ladakh, it was India that fired the first salvo. On 5th August 2019, it breached the understanding with China that status quo in the disputed areas would not be disturbed. It unilaterally changed constitutional status of the State of Jammu & Kashmir by turning it into two Union Territories of Ladakh and Jammu & Kashmir. China protested but it fell on deaf ears. Then it went to UNSC along with Pakistan, to no avail yet again. Thereafter, President Xi Jingping went to Chennai and held an informal summit meeting with PM Modi on 12 October 2109. He suggested that the dispute over Ladakh and Jammu and Kashmir demanded trilateral cooperation between the three countries involved viz; India, China and Pakistan. But PM Modi dismissed the proposal summarily. And this was not even reported by the Indian media. Having exhausted multilateral as well as bilateral options, China was left with no choice to nullify India’s questionable action but to resort to physical intervention.
5. PM Modi needs to be advised that the best way out of the imbroglio created by his 5th August action is to have trilateral cooperation as suggested by President Xi Jingping.
6. Australia is respected in the world as the champion of Human Rights. Our support for victims of human rights violations not only in our neighborhood but also in far off places in Africa and the Middle East is highly appreciated the world over. But when it comes to human rights violations in the Indian Held Kashmir (IHK), we are accused, and rightly so, of having double standards. Our silence even after publication of the Human Rights report on the atrocities in India, including in IHK, is indefensible. Thanks to Covid-19, Hon. Prime Minister, you now know what lock-down means. So you can well imagine what the hapless 8 million civilians in IHK, locked down by 900,000 security personnel, have been going through for the last nine months. You may, therefore, avail yourself of this opportunity to make amends and convey to PM Modi Australia’s strongest condemnation at the human rights violations in IHK.

Hon. Prime Minister,
I am writing this to assist you in speaking out as a true representative of the multi-ethnic, multi-lingual and multi-religious nation which genuinely believes in the sanctity of human rights and peaceful co-existence not only at home but also in every corner of the world.
Yours truly,
Khizar Niazi
Khizar_niazi@hotmail.com