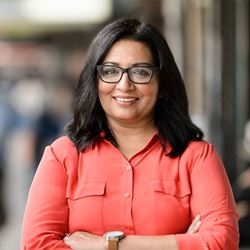 Raising Kashmir in the Senate

Salam Zafar bhai,
I hope you are all really well. Last night I took the first opportunity after Parliament returned from its Winter break to speak in support of self-determination for the Kashmiri people. A video of my speech to the Senate is available here:

Senator Richard Di Natale and I also moved to urge the Indian Government to withdraw military forces, end the mass lockdown and respect the human rights of Kashmiris and their right to self-determination. The Government did not allow our motion to be debated, but the Greens stand by it wholeheartedly. The motion said:

1. Notes with deep concern that:

a. In August the Indian Government decided to revoke Kashmir’s special status and its relative autonomy under India’s constitution, further eroding Kashmiris’ right to self-determination;

b. The Indian Government shut down phone and internet connections, arbitrarily detained political leaders, evacuated tourists, restricted freedom of movement and oversaw an influx of tens of thousands of additional troops to Kashmir;

c. These actions risk a dangerous escalation of violence in the world’s most militarised region.

2. Expresses solidarity with the many Australian Kashmiris who have been deeply worried about their loved ones in Kashmir.

3. Further notes that, in response to the three wars between India and Pakistan over Kashmir, the UN has unequivocally called for Kashmiris’ right to self-determination.

Please feel free to share the speech and motion in Sada -e-Watan.