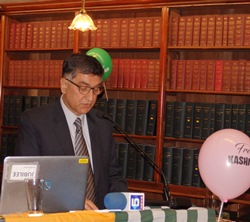 I would like to thank the Kashmir Council of Australia for organizing this seminar to create awareness about the situation of Human Rights violations and humanitarian crisis due to the Lockdown of 8 million Kashmiris since 5 August this year. 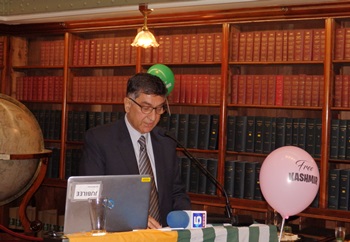 On 5th August 2019, India unilaterally and illegally decided to abrogate the autonomous status of IOJ&K and divided it in two separate union territories to be directly governed by the Indian Central Government.
Indian Government also lifted restrictions on non-J&K persons to acquire permanent domicile in the territory. This would change demographic composition of the territory, adversely affecting the future UN organized plebiscite in J&K.
The Indian actions are illegal under international law for being in violation of UN Charter, UN Security Council Resolutions and bilateral Agreements between Pakistan and India on Jammu and Kashmir.

Several UNSC Resolutions state that “the final disposition in Jammu and Kashmir will be decided in accordance with the will of people through democratic, free and impartial plebiscite. These Resolutions bar both India and Pakistan from taking any unilateral action to alter situation until the plebiscite is held for the purpose.
The Shimla Agreement between Pakistan and India also states that the Representatives of the two sides would discuss modalities and arrangements for a final settlement of Jammu and Kashmir. The Agreement further mentions that pending final settlement of any problems between the two countries neither side shall unilaterally alter the situation.
Following the abrogation of Articles 370 and 35A, the UN Secretary General in his statement, while expressing concern on the situation reaffirmed that “the position of UN on this region is governed by the Charter of the United Nations and the applicable Security Council Resolutions.” He further recalled that the 1972 Shimla Agreement between India and Pakistan states that the final status of Jammu and Kashmir would be settled by peaceful means, in accordance with the UN Charter (8 August 2019).
Being aware that its illicit actions would be completely rejected by the people of Jammu and Kashmir, India inducted additional 180,000 troops into the occupied territory to supplement the already 700,000 stationed over there for decades.

In a bid to brutally suppress any dissent against its illegal actions the Indian Administration resorted to unprecedented lockdown by imposing curfew and communications blackout.
The UN Human Rights Experts in media release of the Office of the High Commissioner for Human Rights, called the lockdown and communications blackout a form of collective punishment of the people of Jammu and Kashmir, without even the pretext of participating offence. (22 August 2019)

As a result of this lockdown, 8 million Kashmiris are faced with acute food shortages, little access to health services and have been deprived off their means to livelihood.
The marginalized communities, women and children, daily wage earners are the worst affected. Due to curfews and communications shutdown the businesses are closed and even many salaried persons would have to go without pay now for the third consecutive month.

Due to the curfew fruits, which, are the main cash crop of the farmers were rotted on the trees. Tourism the main stay of Kashmir’s economy has also collapsed.
According to various reports by the Human Rights organizations and media, both international and Indian, thousands of people belonging to all walks of life; politicians, activists, professionals, students and young people have been arrested. Many of these have been shifted to undisclosed locations outside IOJ&K.

Children as young as between 9 to 16 years old are taken away by the Indian military on a regular basis during the night raids at homes. The UN Rights Experts regard it as a serious human rights violation.
The families of many such children abducted by the Security Forces are subsequently unable to trace their whereabouts, which has been likened to enforced disappearances by the UN Rights Experts. There are also reports of molestation and sexual harassment of women by the Security Forces during such night raids.
The Office of the High Commissioner for Human Rights had earlier released two back-to-back comprehensive reports in June 2018 and July 2019 about human rights in Jammu and Kashmir. These reports highlight a long history of systematic human rights violations in IOJ&K by the occupying forces. These include:

1. Unabated violence, torture, enforced disappearances, extra judicial and custodial killings by the security forces.
2. Excessive firing of pellet gun shots on demonstrators causing injuries and partial or permanent loss of eyesight to thousands of young people.
3. Sexual violence against women perpetrated by members of armed forces or uniform personnel including use of mass rapes to counteract political opposition and insurgency.
4. Adverse impact to health of women, psychological disorders, post-traumatic stress and fear psychosis that also impacted their physical wellbeing.
5. Detention of children in contravention to international treaty obligations and domestic laws.
6. Loss of innumerable school days to children (130 school days were lost to 1.4 million children in 2006 alone).
7. Draconian laws such as Jammu & Kashmir Armed Forces Special Powers Act (AFSPA) that gives immunity and impunity to security forces from prosecution, trial or punishment for any sort of crime.
8. According to UN Special Rapporteur AFSPA grants powers to soldiers, even to violate right to life.
9. The Jammu and Kashmir Public Security Act (PSA) allows the government to detain any person in custody for up to a period of two years without any charge and trial.
10. Incidentally, the Amnesty International in its three reports released in 2011, 2012 and 2019 called PSA as a Tyrant Lawless Law, which, legitimized habeas corpus.

I would conclude by thanking the worthy Speakers and audience for their collective call in today’s seminar to respect the human rights of the people of Jammu and Kashmir, including their inalienable right to self-determination; immediate redressal of the humanitarian plight by ending curfews and lockdown and to implement the recommendations of the UN OHCHR’s Reports including constituting an Independent Commission of Inquiry to investigate Human Rights situation in Kashmir.
Thank you very much!
Pakistan Zindabad 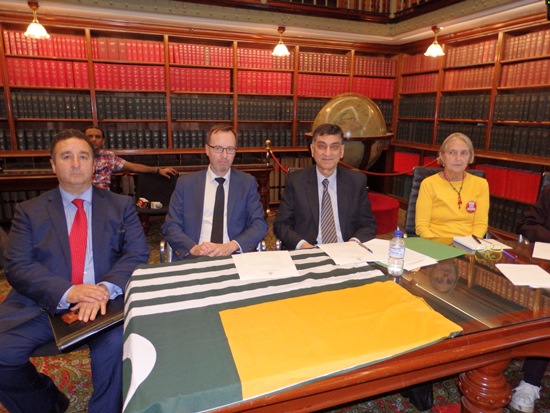 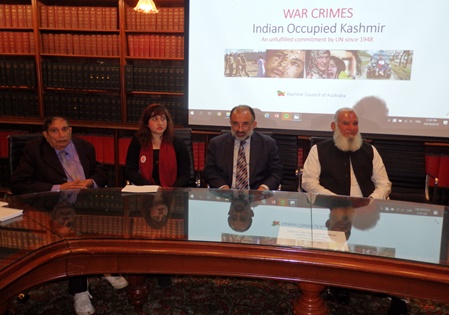 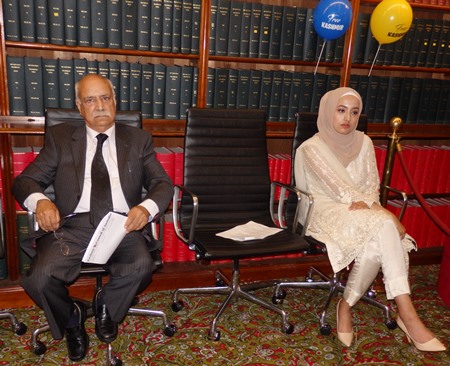 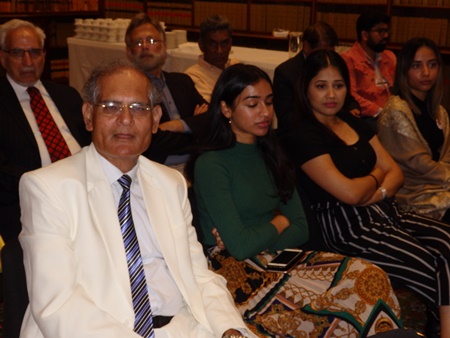 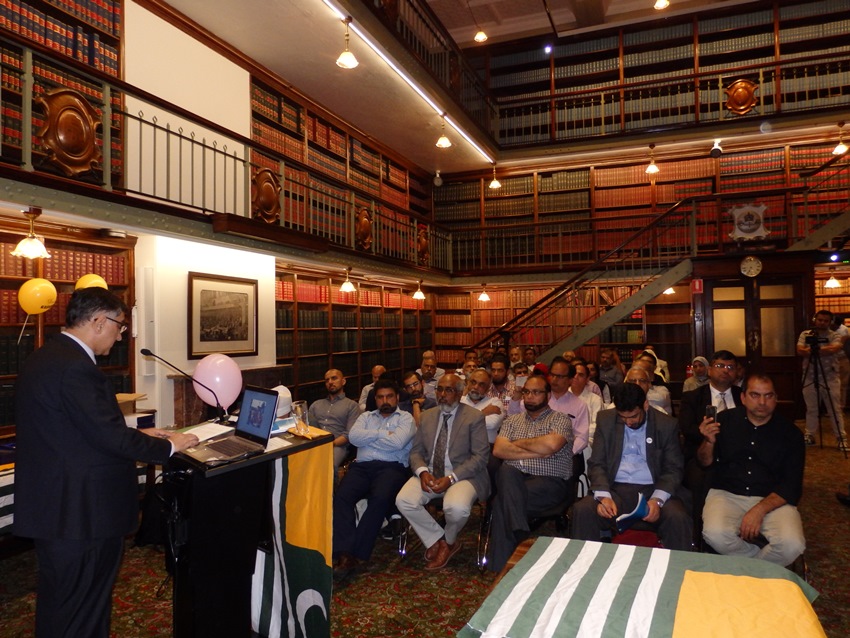 High Commissioner H.E. Mr. Babar Amin speaking at the Seminar held at the NSW Parliament  on the topic: “Lockdown of 8 million Kashmiris”