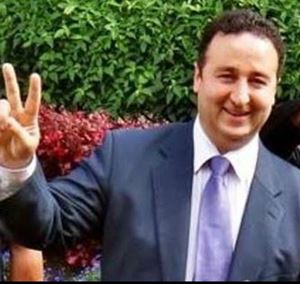 After months of controversy, The Hon Shaoquett Moselmane MLC is set to return to NSW Parliament on Thursday 22 Oct 2020. This comes on the back of The NSW Parliamentary Privileges Committee had reiterated the news that Mr Moselmane is not the objective of the foreign interference investigation. It therefore cleared the way for his dignified return to the House.

Mr Peter Primrose, former President of Legislative Council of New South Wales, now chair of this Committee moved the motion on the report unanimously endorsed by the Privileges Committee and agreed to by the House. Mr Primrose appreciated the members of the committee for their non-partisan and professional work which led to an agreed outcome.

Hon Shaoquett Moselmane, during his Parliamentary career, spanning more than ten years, has been a champion for disadvantaged communities in Australia and internationally. At times, he faced difficult situation for his outspoken criticism of Israeli treatment of the Palestinian people. In March 2013, Mr Moselmane made a parliamentary speech describing Gaza as "the world's largest open-air prison camp" and praised resistance groups who fought against the Israeli occupation in Lebanon. He also faced opposition within the Labor party from members of the NSW Parliament's Friends of Israel group. Pro-Israel lobbyists continued their campaign against Mr Moselmane due to his firm commitment to the Palestinian cause.

Mr Moselmane has been proactive in raising awareness about the oppression of marginalised communities around the world. I attended a seminar, organised by Mr Moselmane , to bring awareness of massacre of Rohingya in Myanmar, addressed by Hon Bob Carr. Such engagements have been regular feature during his political career.

Mr Moselmane advocated against religious discrimination bills when former Prime Minister Tony Abbott and his Attorney-General sought to make changes to the Racial Discrimination Act, specifically to repeal section 18C. Section 18C states that we cannot offend, assault, humiliate or intimidate any other person or a group of people because of their race, colour, national or ethnic origin. Mr Moselmane expressed his concerns openly stating that the Racial Discrimination Act and Anti-Discrimination Act in New South Wales fail to address the sufferings that religious minorities and in particular Islamic communities face on a daily basis.

Mr Moselmane supported the Multicultural communities and applauded efforts of the work the community associations do, including the volunteering associations of which I am a member.

Since 2012, Mr Moselmane has been raising funds from multicultural communities to help the Australia-based charity, Wheelchairs For Kids Inc. He organised delivery of over 4000 wheelchairs to disabled children in Palestine, Iraq, Syria, Lebanon and Pakistan. He has now established his own Charity Kids-On-Wheels a registered charity he hopes to raise money to help the poor and the needy.

We are confident that Mr Moselmane, a great friend of ordinary people and a champion of humanitarian causes, will be cleared of all allegations. 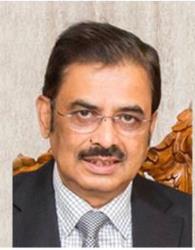 Zahid Jamil is an active member of the Indian and South Asian Muslim community. He heads South Asian Muslim Association of Australia, SAMAA (http://samaa.org.au/), a benevolent institution offering wide range of services to the community elders. He also heads "Indian Minority Education Society of Australia" (IMESA) https://imesa.org.au/, a body engaged in educating poorest Muslim children in India. He has been a passionate writer on various internet forums and in community newspapers for a long time. He also spoke regularly on Sydney's community radios and on Australian talk back radios.