General Election of Australia will be held on Saturday, 18 May 2019 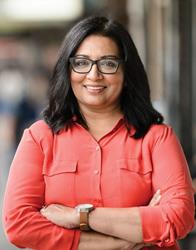 Dr Mehreen Faruqi is Greens Senator for New South Wales. She is a career engineer and life-long activist for social and environmental justice. In 2013, she joined NSW State Parliament, becoming the first Muslim woman to sit in an Australian parliament. In 2018, Dr Faruqi became Australia’s first Muslim Senator. She has been a passionate advocate against racism.

Since emigrating from Pakistan in 1992 and completing her doctorate at the University of New South Wales, Dr Faruqi has worked as an environmental engineer for local government and as an academic. She directed the Institute of Environmental Studies at UNSW and was Associate Professor at the Australian Graduate School of Management.

If you are registered voter, you are eligible to vote Dr Mehreen Faruqi. Please spread this message and re-elect her for the benefit of Australia. Please Help in each and every polling booth and make sure success of Dr Mehreen Faruqi. She deserved for your vote, Please re-elect her. She will never disappoint her voters and supporters. 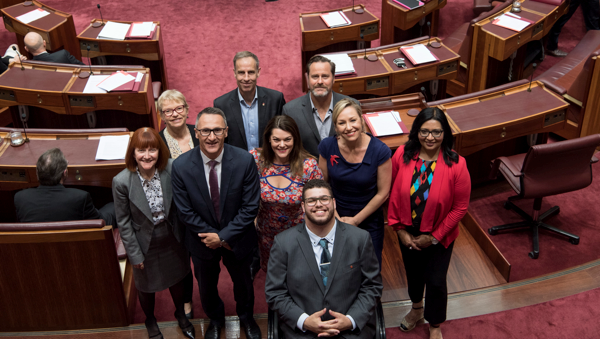 Dr Mehreen Faruqi has been named one of the 100 most influential engineers in Australia, received the UNSW Faculty of Engineering Award for Leadership, and remains a Fellow of the Institution on Engineers Australia and member of the Environment Institute of Australia and New Zealand. Throughout her career, Dr Faruqi’s work has focused on developing real solutions to social and environmental challenges.

At this Federal election, six Senators will be elected from NSW. The last Senate seat for NSW could come down to a contest between Dr Faruqi and Pauline Hanson's One Nation. On May 18th, Vote 1 for Group G, the Greens in the Senate to make sure Dr Faruqi can continue her great work in the Australian Senate.

The readers of Sada-e-Watan can click on below Link and download a video in Urdu explaining How to Vote to Dr Mehreen Faruqi; https://drive.google.com/file/d/1JHS28WtIELzCCXFjO3H6Gv5HRolw1vkc/view 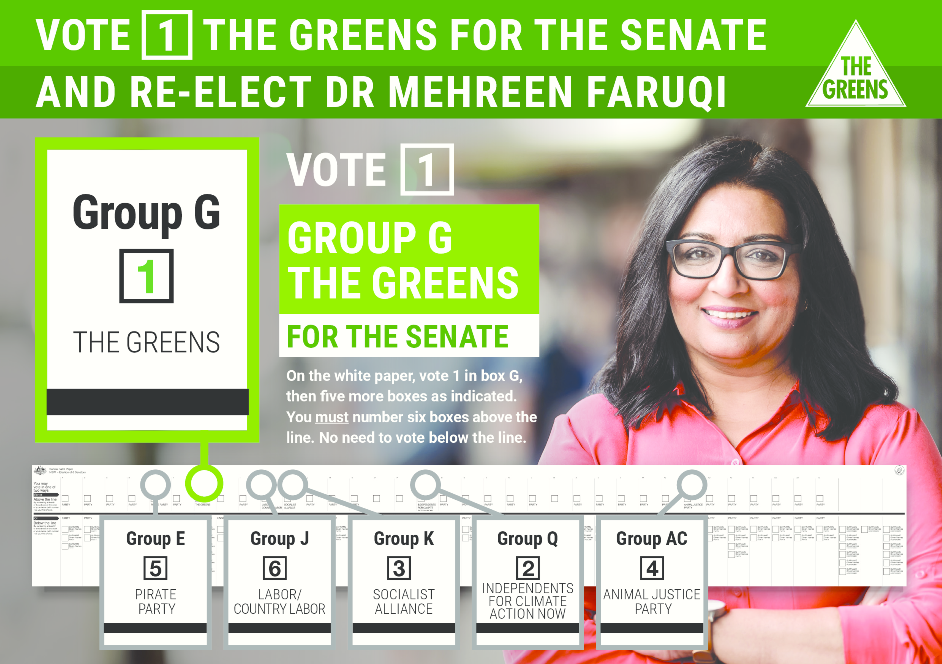 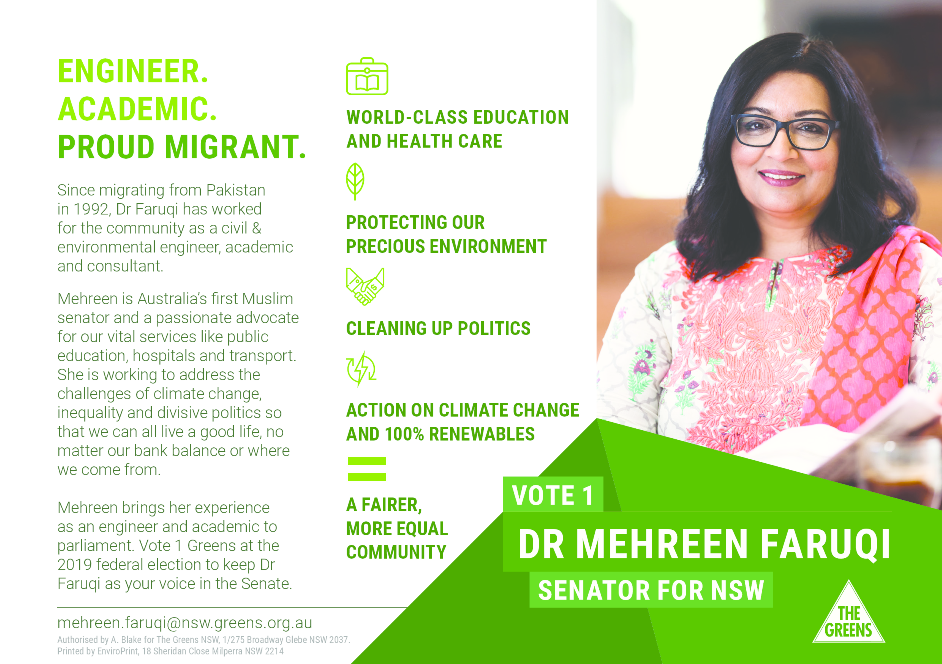