Australian Muslim are united against all kind of terrorism 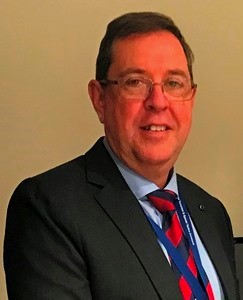 A three members delegation from various Islamic centres had an hour meeting with the Police Assistant Commissioner Mark Walton, Detective Superintendent Michael McLean and Chief Inspector Craig Wonders in Sydney on the 19th of August 2019. The delegation resolved that all Australian Muslim are united against all kind of terrorism in this country. 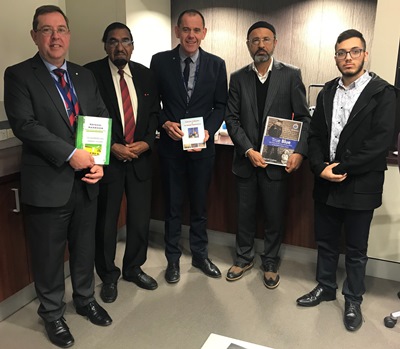 Besides various issues of mutual interest, the safety and security of the places of worship in Sydney was discussed at length. The members of the delegation expressed appreciation to the police for their extra vigilance around the prayers of all the communities in NSW. Mr. Zawar Shah, one of the members paid tribute to the Assistant commissioner/ Commander South West Metropolitan Region Peter Thurtell who had specifically directed the Police to ensure patrolling of extra unmarked Police cars around the prayer halls during the busy nights of Ramadan. Mr Walton was highly impressed with his colleague Mr Thurtell.

The delegation referred to the shooting in the past in front of a prayer hall in Greenacre. A worshipper Rasoul Al Mousawi, 47 was shot in the head. According to the Australian media the shooters had left waving their guns and loudly calling “IS lives forever” ” We will come back and shoot you all”

Omar Al-Kutobi,a refugee from Iraq and Mohammad Kiad, a student from Kuwait were sentenced for 20 years by the Parramatta court for planning to burn down an Islamic Centre in Granville. According to the Australian media, Al Kutobi had said in a video “You will only get from us the stabbing of your kidney.” His video kneeling in front of the IS flag was played in the court.
Issac El Matari, 20 from Greenacre, Sydney has been charged with being an ISIS member according to the Australian media. He was planning to create a stronghold of ISIS in the Blue Mountains. The self declared commander of IS in Australia was arrested with two others and are expected to appear before the Parramatta court on 30th August, 2019.

Before closing the meeting the Assistant commissioner asked the leaders to assure the Australian Muslim community that Police and the law and order enforcement agencies are fully sensitive of the ongoing situation and substantially equipped with the required professionalism and expertise to handle any unforeseen situation. He said that after the shooting in Christchurch the Police have enhanced vigilance and surveillance around the prayer halls. They will increase the number of unmarked cars during the special events and would quickly respond to unlawful activities.

Mr. Walton added that the Australian public has unshakeable trust in NSW Police for 157 years of service and sacrifice.

The Detective Superintendent Mr. McLean said that the strong partnership between the Police and the communities is a key to the public confidence, safety and security.
The members of the delegation expressed their satisfaction about the police commitment, and professionally handling difficult situations in NSW. They also thanked the high command of police for sparing one hour from their busy schedules.

Three police officer were presented books about Islam while the Assistant Commissioner presented the members with books “TRUE BLUE”, the 157 years of service and sacrifice of NSW Police Force” 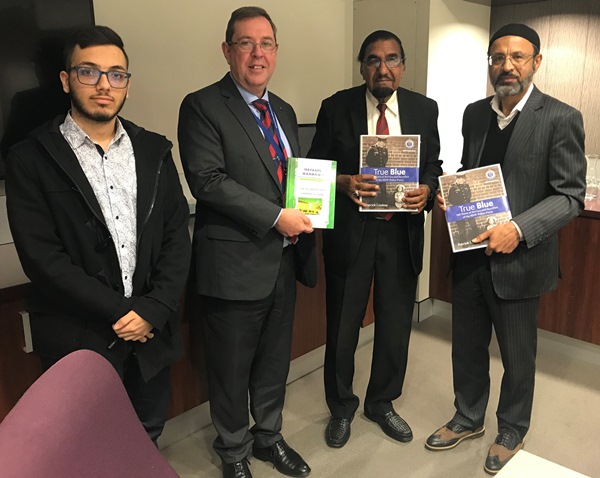 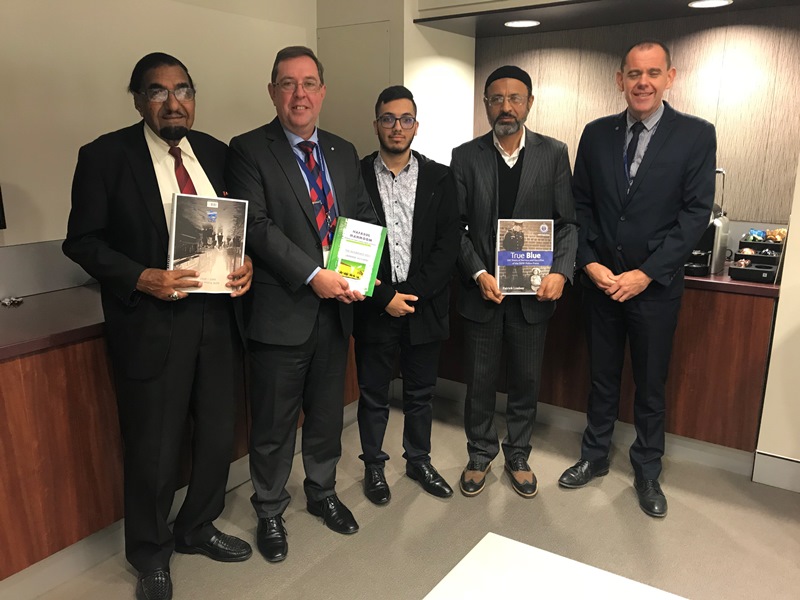