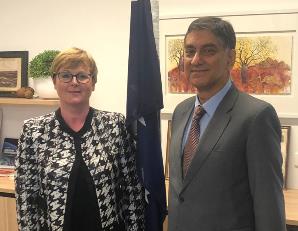 During his recent visit to Perth, Western Australia, the High Commissioner for Pakistan, Mr. Babar Amin held a meeting with Senator the Hon Linda Reynold, Assistant Minister for Home Affairs in Perth. He exchanged views on bilateral matters and expressed satisfaction at the historically friendly relations between Pakistan and Australia. He hoped that improvement in Pakistan-Australia relations in all spheres including Parliamentary and people-to-people contacts.

The High Commissioner Mr. Babar Amin briefed the Hon Assistant Minister about the incoming meeting of Pakistan-Australia Joint Working Group on Border Protection and Transnational Crime and hoped that Australia would consider the improved security situation in Pakistan and revise its Travel Advisory to Pakistan accordingly.
H.E. Mr. Babar Amin invited the Hon Senator to join the Australia-Pakistan Parliamentary Friendship Group to strengthen the linkages between the Australian and Pakistani Parliaments, which she had graciously agreed.

The Hon Senator Linda Reynold recalled her first visit to Pakistan last year and hoped similar visits in future. She also pointed out that the mining and other companies of Australia could take advantage of the new business opportunities in Pakistan as it was uniquely placed to take advantage of the One Belt One Road initiative. She promised to remain engaged with the High Commission and Pakistan community for the improvement of trade & investment relations between Pakistan and Western Australia.
Assistant Minister for Home Affairs Senator the Hon Linda Reynold also appreciated High Commissioner’s meeting with Vice Chancellor of the Curtin University for exploring training opportunities and joint ventures with Pakistani universities and institutions. 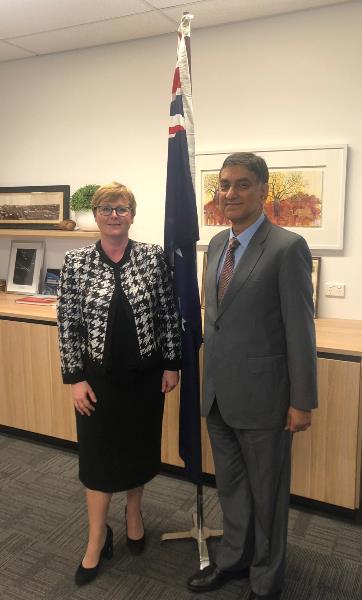 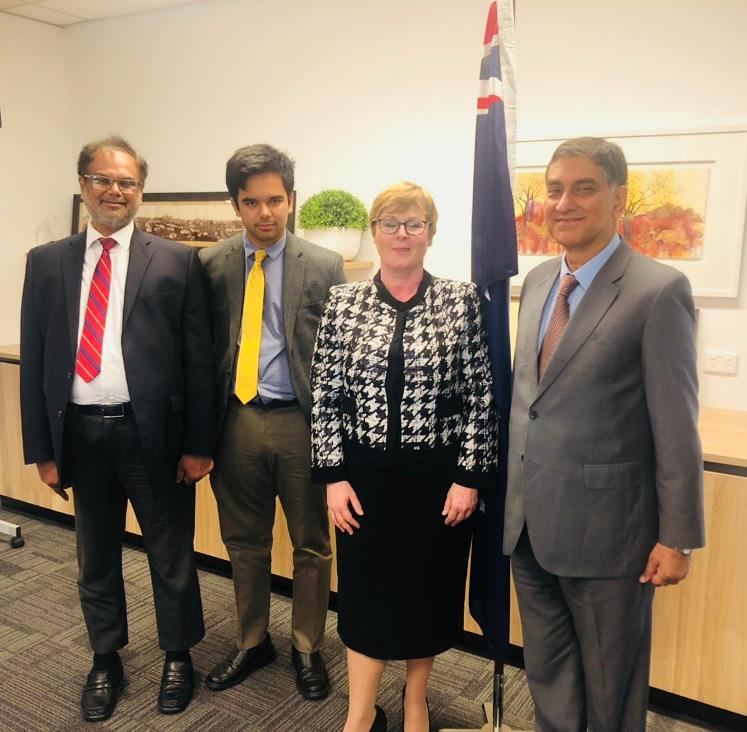 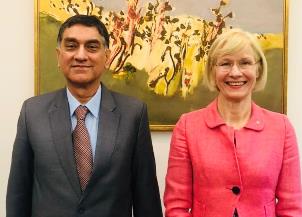 The High Commissioner H.E. Mr. Babar Amin further stated that Pakistan was currently sponsoring more than 100 students and scholars for their master’s and Ph.D degrees in Australia by providing them stipends and health insurance coverage etc.

The Vice Chancellor Dr Prof. Deborah Terry appreciated the High Commissioner for visiting Curtin University. She stated that Joint collaborative and research activities in agriculture, mining, engineering and science technology with Pakistani universities and institutions could be planned. She accepted the invitation to visit Pakistan and take a delegation for exploring various opportunities of cooperation including faculty and student exchanges and joint Ph.D programs. She hoped that Curtin and Pakistani Universities could jointly work to benefit from global research opportunities as well. 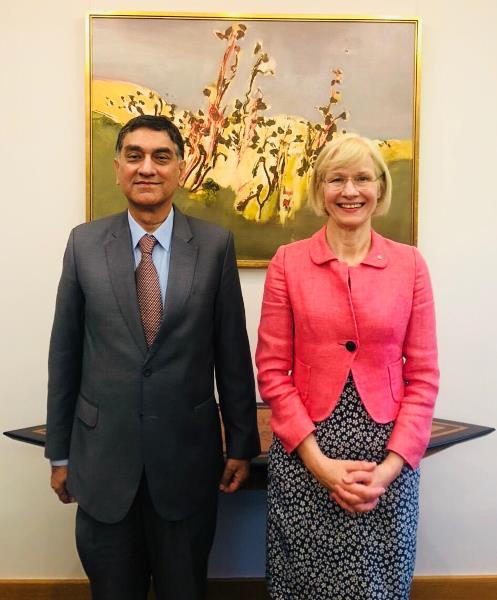 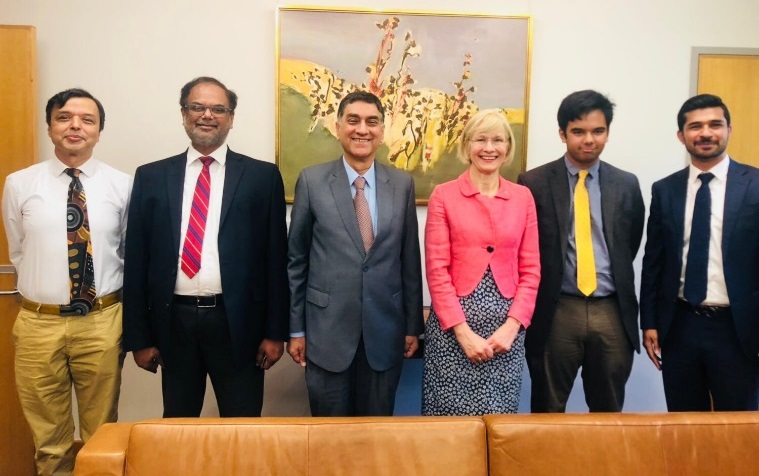