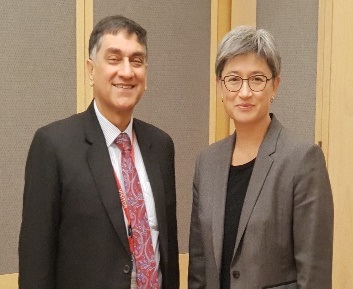 The High Commissioner for Pakistan His Excellency Mr. Babar Amin met with the Shadow Foreign Minister Senator Honourable Penny Wong in her Parliament house office Canberra and briefed her on various areas of bilateral and multilateral cooperation between Pakistan and Australia.

A particular focus of discussion was the enhancement of trade and economic relations between the two countries. In this regard the High Commissioner Babar Amin elaborated the multiple investment opportunities existing in Pakistan along with the incentives offered to FDI. Senator Penny Wong expressed interest to know about Pakistan’s experience with CPEC and investment opportunity for third countries in its projects. The High Commissioner provided the requisite information to her.

While referring to the centrality of human rights issues in the Labor Party’s Vision, the High Commissioner sensitized Senator Wong on the OHCHR’s Report on human rights violations in the Indian Occupied Kashmir. He expressed the hope that Australia and Pakistan, being members of the Human Rights Council, would work together to support the recommendations contained in the Report, especially on constituting an Independent Commission of Inquiry to investigate the human rights’ abuse. Senator Penny Wong thanked the High Commissioner for bringing the issue to her notice, which she would further look into.

The High Commissioner Mr. Babar Amin also underscored the constructive role being played by the Pakistani diaspora in the socio-economic and political environment in Australia. Senator Penny Wong acknowledged this fact and appreciated the contributions of the Pakistani expatriates. 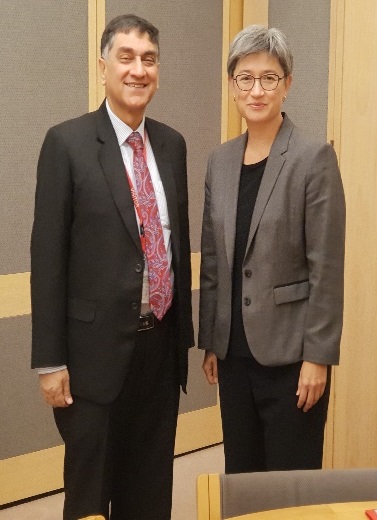 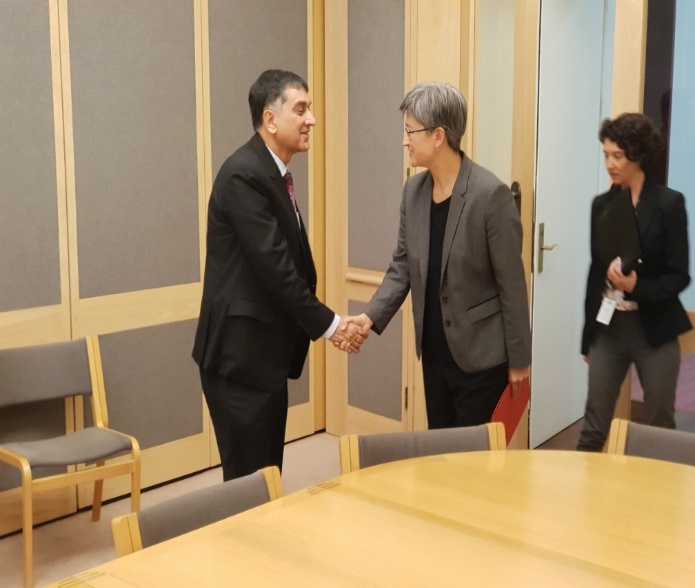