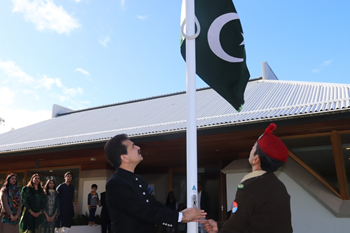 To celebrate the 75th Independence Day of Pakistan, a flag hoisting ceremony was held at the High Commission for Pakistan, Canberra. The High Commissioner H.E. Mr. Zahid Hafeez Chaudhri raised the flag with the National anthem of Pakistan. The flag hoisting proceeded with the recitation from the Holy Quran. Messages of the President and the Prime Minister were also read out at the ceremony. 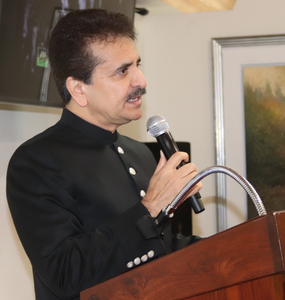 Speaking on the occasion, the High Commissioner Mr. Zahid Hafeez Chaudhri paid tribute to the founding fathers of Pakistan for their sacrifices to create a separate homeland for Muslims of the subcontinent. He appreciated the role of overseas Pakistanis and called them an asset to the country.

On behalf of President of Pakistan Dr. Arif Alvi, the High Commissioner Mr Zahid Hafeez conferred Tamgha-i-Quaid-i-Azam on Senator David Shoebridge for his outstanding services in the field of human rights and social justice. The High Commissioner also appreciated Senator Shoebridge’s strong advocacy for the human rights of the people of Indian Illegally Occupied Jammu and Kashmir (IIOJK). 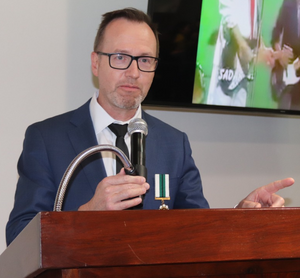 During his speech, Senator David Shoebridge thanked the Government of Pakistan for conferment of the Tamgha-i-Quaid-i-Azam. He stated that human rights were under threat around the globe under authoritarian regimes. He appreciated the Pakistani community’s strong advocacy of human rights. He underscored the need to build global alliances to highlight the grave humanitarian situation in IIOJK. 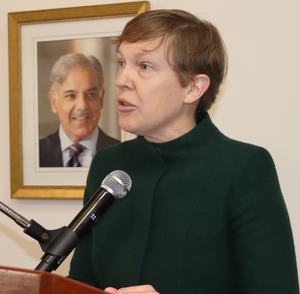 Assistant Secretary Megan Jones from the Department of Foreign Affairs and Trade (DFAT) extended warm felicitations on behalf of the Government of the Commonwealth of Australia to the Government and people of Pakistan on the 75th Independence Day. She highlighted the close and historic relations between the two countries as well as the shared love for cricket. She also appreciated the contributions of Pakistani Diaspora to the development of Australia. 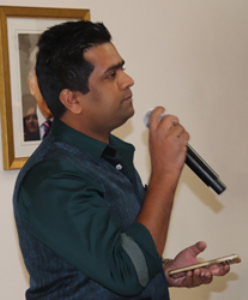 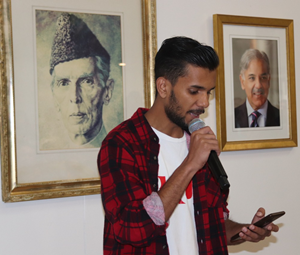 Pakistani National Songs was Presented by youngsters which was highly appreciated by audience.
The Flag hoisting ceremony was attended by Parliamentarians, Australian officials, academicians, media, and the Pakistani Community. 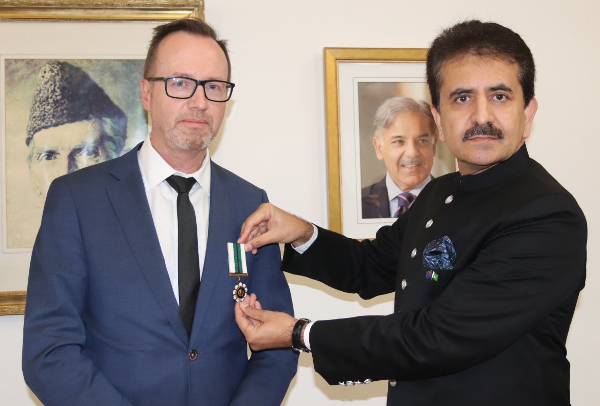 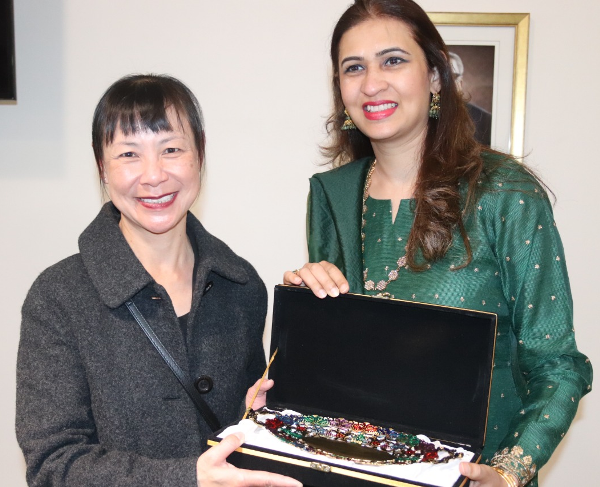 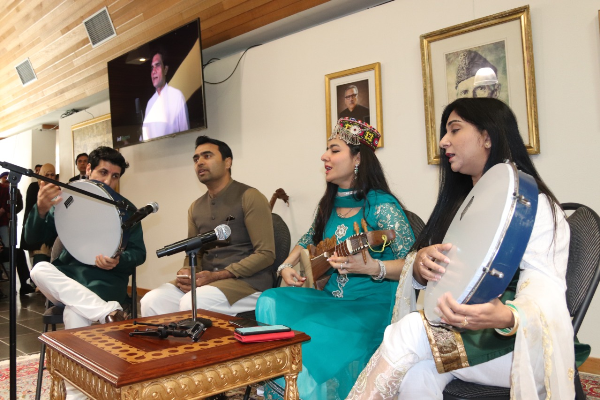 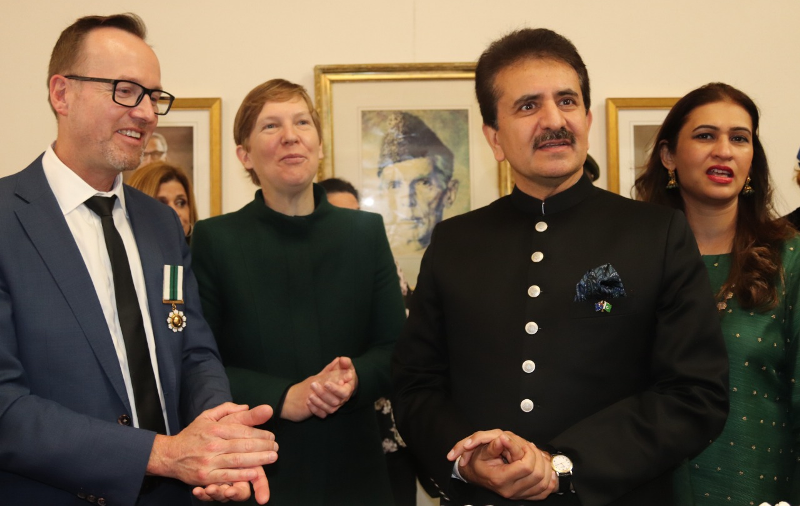 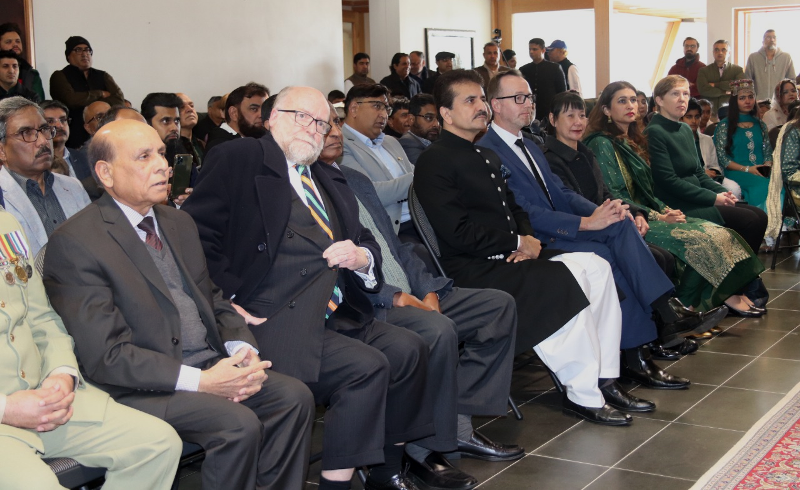 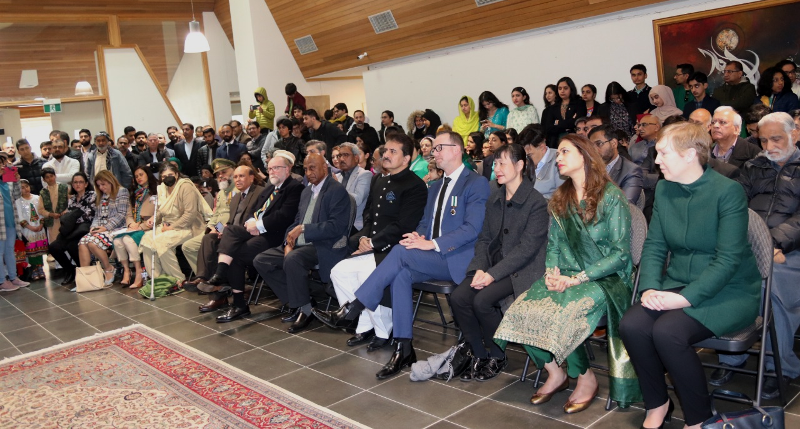 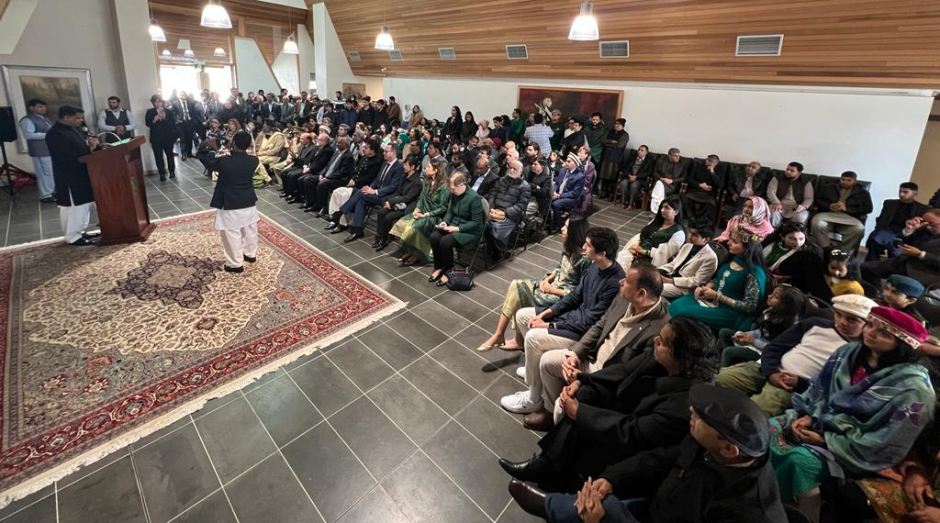 The Ceremony was attended by Parliamentarians, Australian officials, academicians, media, and the Pakistani Community 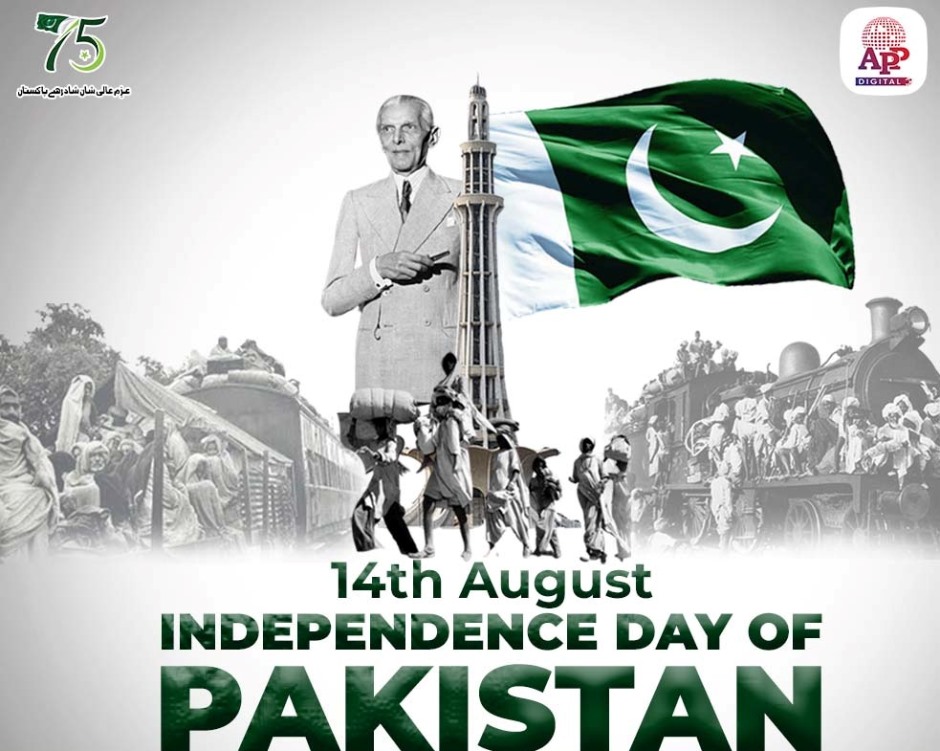