Coalition rules out cuts to ABC on election eve and current Prime Minister of Australia Tony Abbott clearly promised for ABC funding but now the Government changed the policy which is criticised by Australian Nation, Pakistani and all major community groups settled in Australia. STAFF from around the country are bracing themselves for job losses after the Abbott government revealed the ABC's budget would be slashed by $254 million over five years. Protesters carrying signs saying "Save us from the Abattoir" and "Hands off our ABC" met at Town Hall on Saturday for one of several rallies planned around the country. 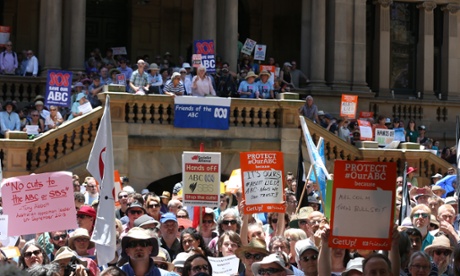 On Saturday, 22 Nov 2014, Thousands of people have gathered at Sydney's Town Hall to protest against government funding cuts to Australia's public broadcasters. It is one in a series of public demonstrations scheduled to take place across the country in response to the Federal Government's decision to cut $50 million a year from the ABC's budget over the next five years.

The rally in Sydney was attended by thousands, including Deputy Opposition Leader Tanya Plibersek, Greens Senator Scott Ludlam and the ABC's Quentin Dempster.
"We are not alone because this is happening in every city ... people are organising to challenge and confront, and ultimately defeat, the people who brought us these cuts," Senator Ludlam said at the protest. 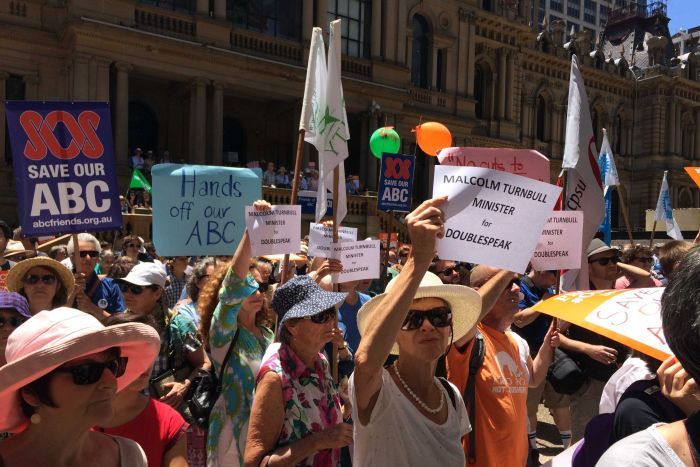 Communications Minister Malcolm Turnbull revealed this week that $254 million would be cut from the ABC's federal funding over the five-year period. There will be significant job losses at the ABC in the wake of the budget cut, the national broadcaster's chief executive Mark Scott has confirmed.

CEO Mr Scott said he will detail the number of redundancies during an all-staff address on Monday,24 Nov 2014.The Government said the ABC should be able to find savings by implementing efficiencies.

Federal Opposition Leader Bill Shorten MP said the cuts were part of an agenda to undermine the public broadcaster.

"This is a clear case that Tony Abbott is going after his political critics because he just doesn't like people who disagree with Tony Abbott's narrow view of the world," Mr Shorten said. 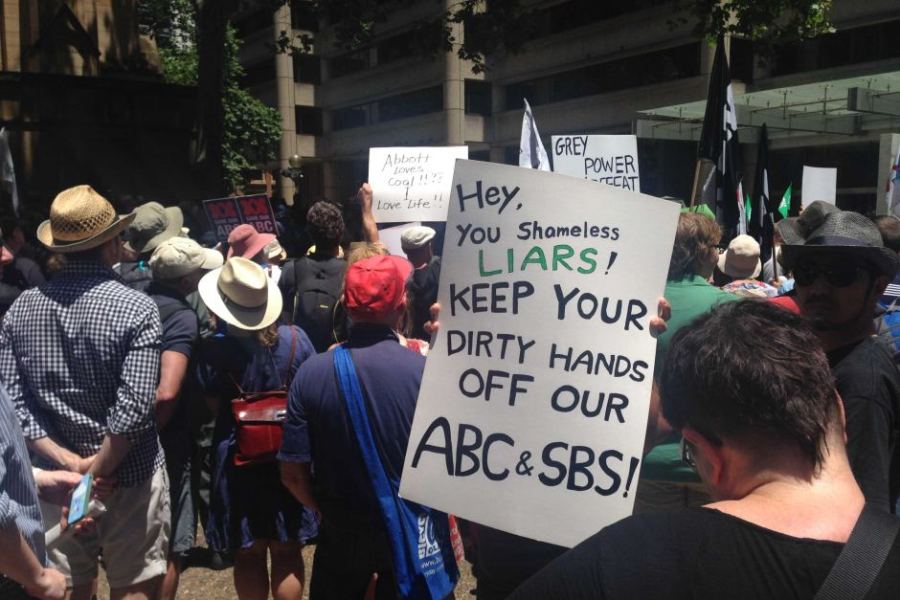 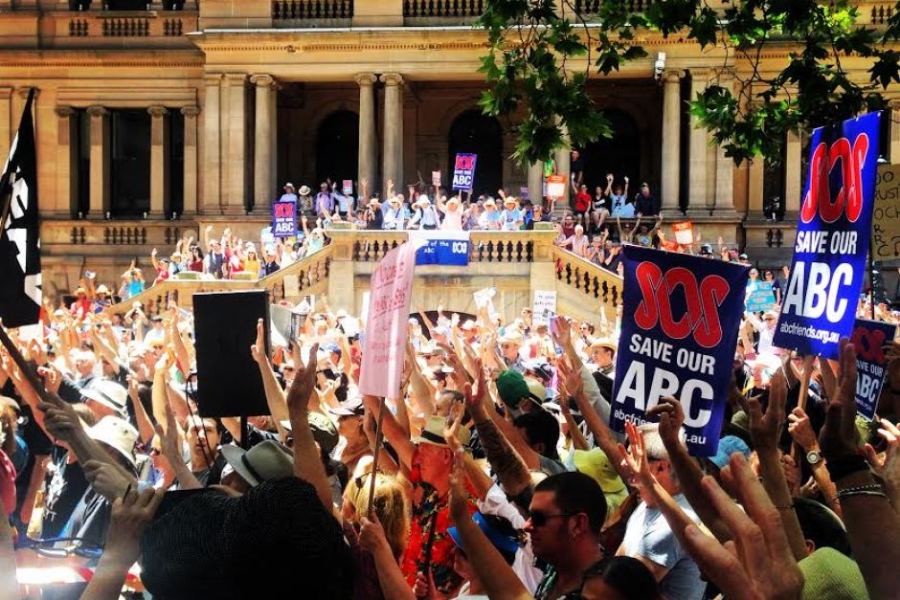