on 27 October 2022, A seminar was held at the Granville Community Centre Sydney to observe the ‘Black Day’, the 75th anniversary of the invasion of the state of Jammu & Kashmir by Indian army, where speakers highlighted the plight of the indigenous people of Kashmir under brutal occupation by Indian military and called on the international community and the Australian government to censor Hindu nationalist BJP government led by PM Modi to refrain from changing the demography of the State and pave way for the self-determination of Kashmiris through plebiscite in accordance with UN resolutions passed more than 70 years ago.

The event, organised by the Australian Forum for Kashmir (AFK) and facilitated by the Pakistan Consulate General in Sydney was attended by large community and interfaith leaders, human rights activists, politicians and Australians of diverse background. 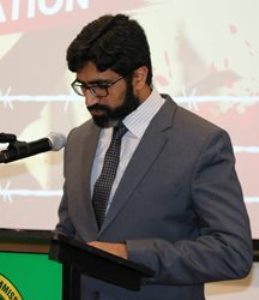 The formal program started with the recitation from Quran followed by national anthems of Australia, Pakistan and Kashmir. 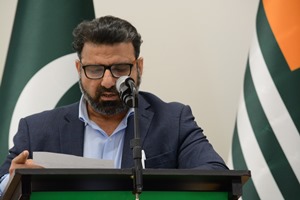 Mr Rab Nawaz, Coordinator of AFK and a Kashmiri himself welcomed guests and representatives of various community organisation and explained the significance of the ‘Black Day’ observed by the people of Kashmir wherever they may be.

“On this Day 75 years ago, a great tragedy happened in South Asia. While 390 million people of Indian Subcontinent became the citizens of tw0 newly created democracies, yet tragically four million of their own brothers and sisters in Kashmir became enslaved by a new colonial power, India,” Mr Nawaz observed.

He further added, “India invaded Jammu and Kashmir and Indian forces entered Stringer on Monday 27 October 1947. India occupied Jammu and Kashmir is total Violation of the Partition Plan of the Subcontinent and against the Aspirations of Four Million Kashmiris.” 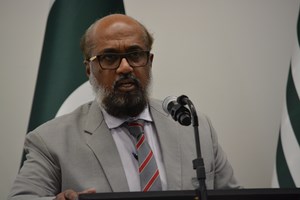 The second speaker, Mr Usaid Khalil, Secretary General of Islamic Forum for Australian Muslims (IFAM) called on the Muslim Community to understand the issues facing the people of Kashmir and make representation with Australian government to highlight the human rights violations of the Kashmiris by Indian military in Kashmir. 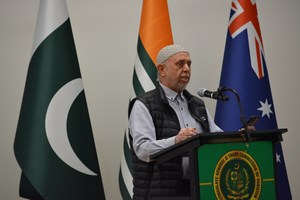 The next speaker, Mr Zia Ahmad, Editor-in-Chief of AMUST after acknowledging the indigenous first peoples of Australia as the traditional custodians of this land and paying respect to their elders past, present and emerging reminded the audience that the Kashmiri people are also indigenous to their land in greater Kashmir, it’s valleys and it’s mountains with their own unique ethnicity, culture, language and way of living.

He went on to point out the significance of the day saying, “27 October is called the black day when the occupation of Kashmir commenced with occupation by Indian military resulting in conflict with Pakistan and subsequent ceasefire with the agreement for a plebiscite or referendum for the Kashmiris to decide if they want to join the the Indian union opt for Pakistan’s or live independently with autonomy.”

He called on the international community in general and Muslims in particular to raise their voice against this gross injustice to the peace loving people of Kashmir.
Senator David Shoebridge in a video message for the occasion emphasised on the rights of the people of Kashmir for their self determination and highlighting of their human rights violations by the Modi government during the last three years. 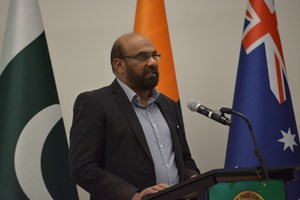 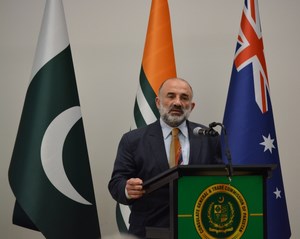 Mr Keysar Trad, CEO of AFIC and Sheikh Shadi Alsuleiman echoed the sentiments of the previous speakers in urging the influential members of the community to create awareness of the issue of Kashmir amongst the community, mainstream Australians and the politicians. 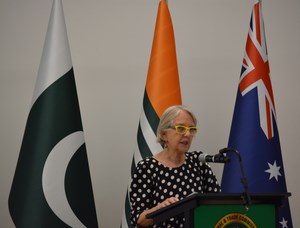 Former Senator Hon. Lee Rhiannon, who last visited Azam Kashmir in 2018 having observed the miserable condition of Kashmir families divided between Indian and Pakistani administered areas of Kashmir said, “we gather together today to mark Kashmir Black Day. I believe it is very important that we collectively remember these anniversaries. We must honour those who have died and those who have suffered and recognise that the international community has a responsibility to stand with the people of Jammu & Kashmir to help ensure that their right to self-determination is achieved.”

“Australia is one of the western nations that is failing the people of Jammu and Kashmir and members of various minorities across India. Unfortunately so far on this front nothing changed with the change of government here. The new Labor government is closely following the previous conservative government’s approach of – speak no ill of India’s human rights abuses.”
“Ironically the approach of both former and current governments stands in sharp contrast to how they treat China. While China is heavily criticised for its human rights abuses, as it should be, the Morrison government was silent on the Modi government’s actions in Kashmir and the human rights abuses of Muslims and other minorities in India.”

“It would be most disappointing if Foreign Minister Senator Penny Wong followed the approach of former foreign minister Marise Payne who shut down any questions about Kashmir by dismissing it as a bilateral issue to be settled between India and Pakistan.” 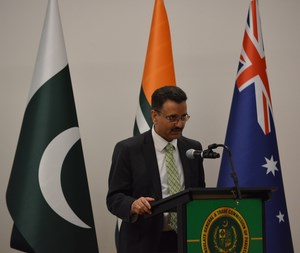 The final speaker at the event was Mr Muhammad Ashraf, Pakistan’s Consul General in Sydney who gave a historical background of the Kashmir dispute.

“As you have learnt from the speeches of the distinguished speakers, today marks the 75th sombre anniversary of India’s illegal occupation of the Illegally Occupied Jammu and Kashmir (IIOJK) against their will,” Mr Ashraf said.

“Three successive generations of Kashmiris have waited for the world and the United Nations to deliver. Pakistan calls upon the international community to take practical steps to hold India accountable and Indian Government must reverse the unilateral and illegal actions of 5th August 2019; stop its egregious human rights violations in IIOJK; repeal the draconian laws and implement the relevant UN Security Council resolutions on Jammu and Kashmir.”
“Our message to all Kashmiri brothers and sisters on this sombre occasion is simple: Pakistan will always stand by you, no matter what the cost. We are your voice to the world. Our support and solidarity is abiding. We will not rest until you secure your legitimate right to self-determination. In ShaAllah, that day is not far away,” CG Mr Ashraf concluded. 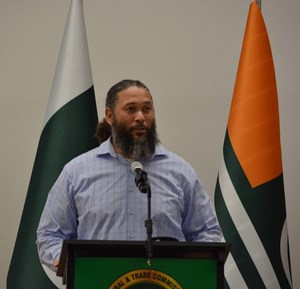 The program ended with a Q&A session, Dua and dinner for all. 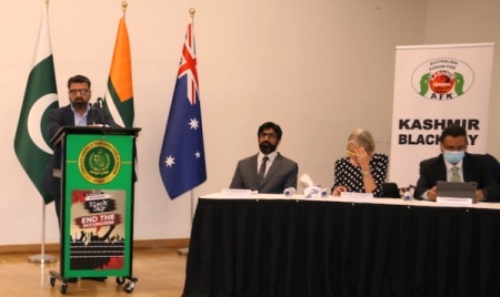 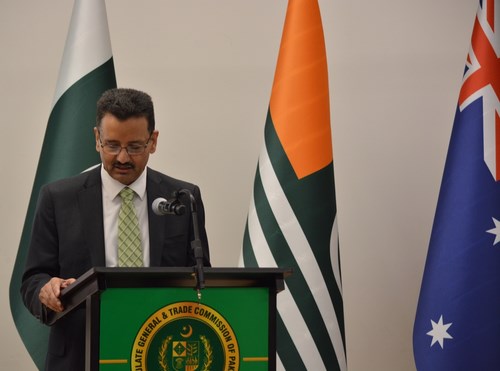 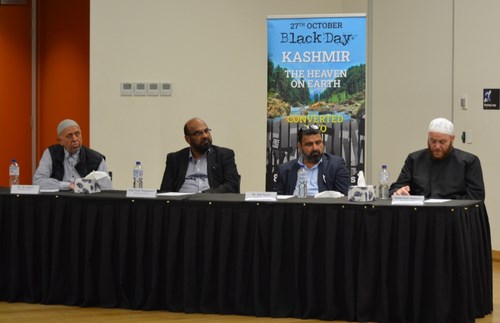 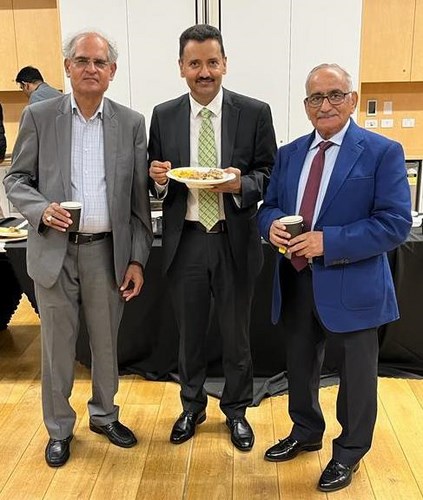 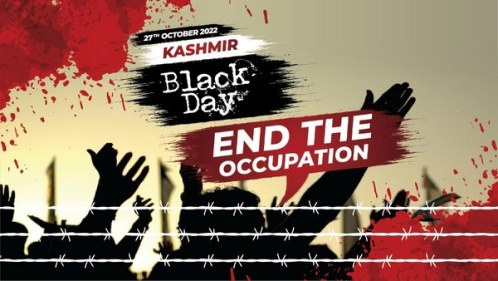 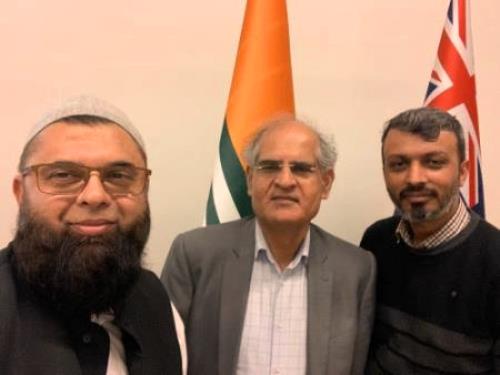 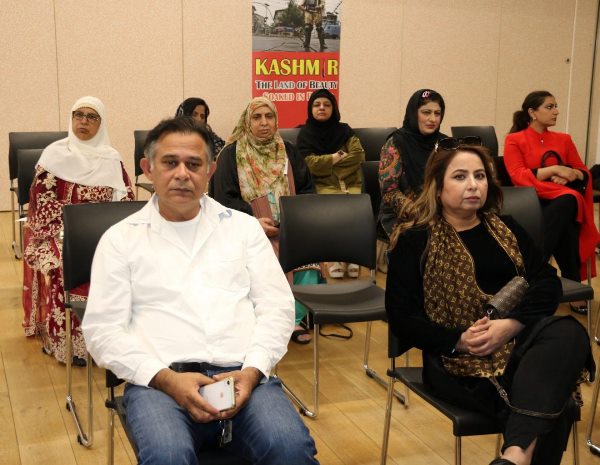 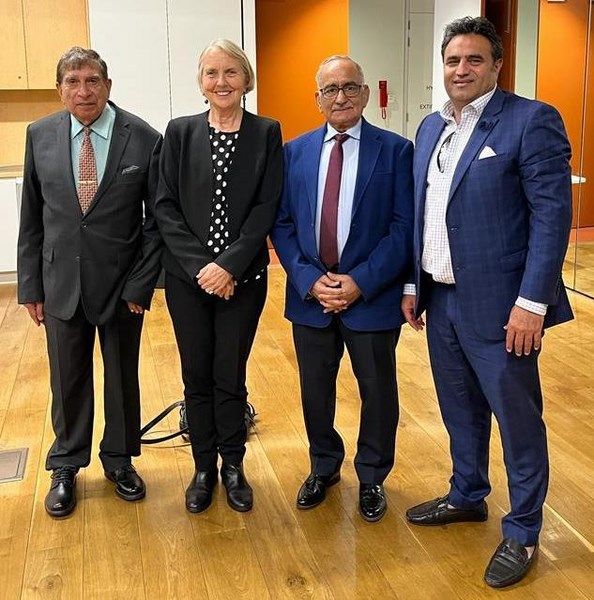 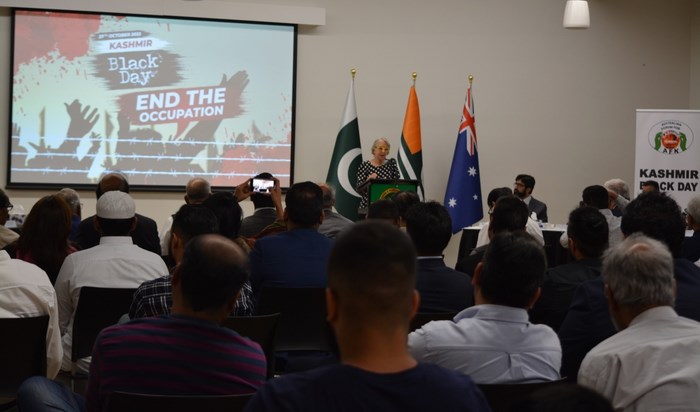 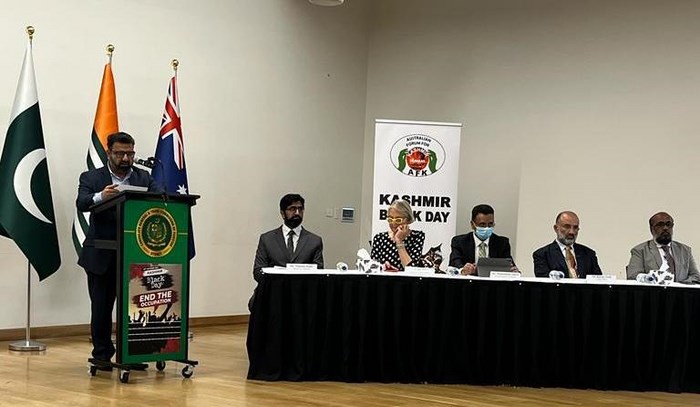 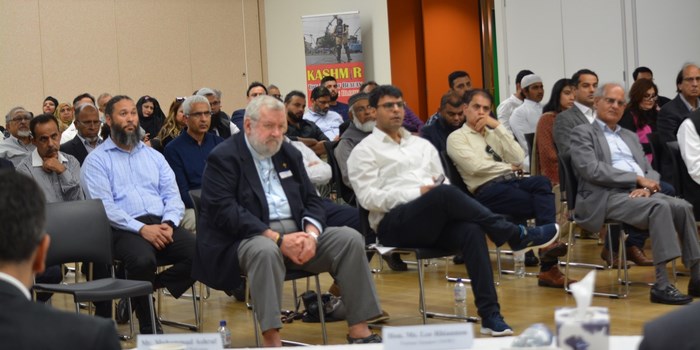 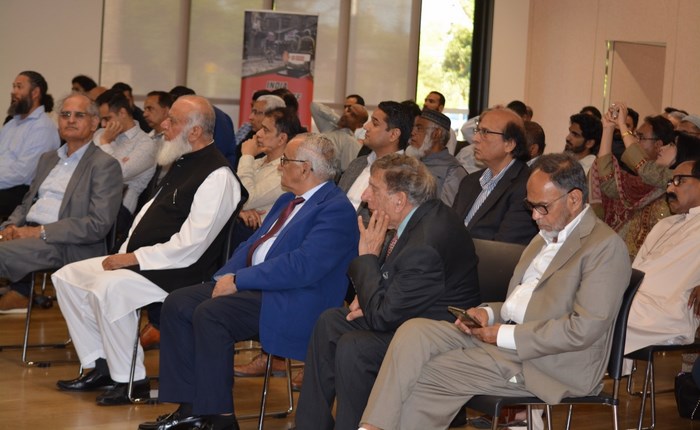 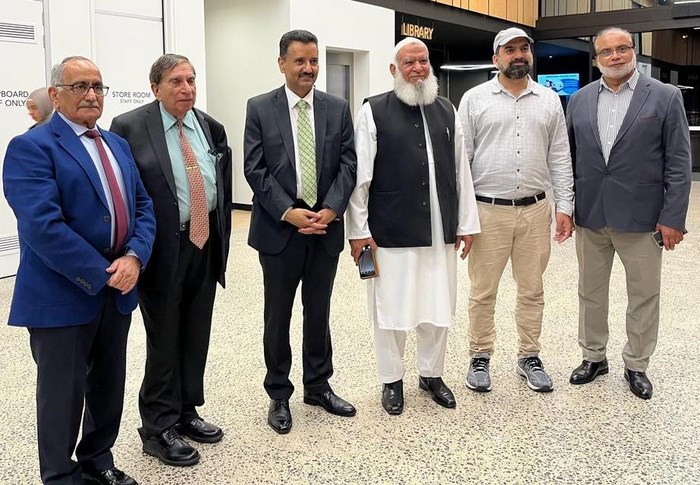