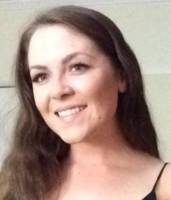 Next time you walk into Black Mountain Roadhouse, take a moment to meet Zahoor Ahmed. The local businessman has been running the roadhouse since June 2015, after moving from Canberra where he had been working as a military diplomat (Defence Advisor) posted to Pakistan’s High Commission.

“I was covering Australia and New Zealand, basically managing the defense relationships between the two countries,” he said.
“I have also worked in peace keeping operations under the umbrella of the UN.”

Now Mr Zahoor Ahmed is planning to take his practical experience and apply that to studying a PhD and teaching in the field of counter terrorism at the University of New England next year.

The father and scholar moved from Pakistan in September 2010, and decided after many years to leave service.

“I left that career for my children,” he said.

“My friend got this [roadhouse] for his brother but they didn’t want to stay here … so my wife and I moved here.”

But it was in Canberra that Mr Ahmed fell in love with the country and sought citizenship.

Since then he has developed an interest investigating the first working camels that came to Australia from Pakistan.

“There are many descendants of the original people who came out here [to work the camels] around Alice Springs,” he said.

“I know there are people in Broken Hill, north Adelaide and Brisbane.”

The camels that came to Australia were preferred over horses due to their ability to last longer without water.

Mr Ahmed said another goal for him is to educate people about the political issues effecting society today, starting with his children.

“As a Muslim, I feel that our people in Australia have to pay a lot of attention to our children … this radicalisation is related to parenting I think,” he said.

“Australia is a beautiful country which has embraced every man and every person from every colour ... so we have to be very careful and take good care of this country – that is my message for my Muslims.”

The story New road for international diplomat first appeared on The Armidale Express and re print in Sada-e-Watan Sydney.