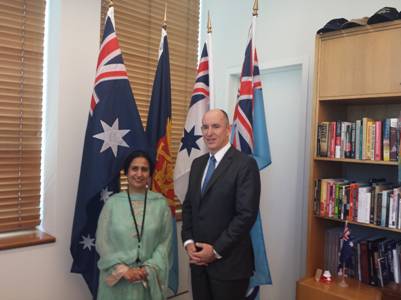 The High Commissioner for Pakistan Her Excellency Naela Chohan, called on Hon. Stuart Robert MP, Assistant Minister for Defence today at the Federal Parliament House Canberra. The meeting was aimed at establishing contact/acquaintance with Australian political leadership after presentation of her credentials to the Governor General on October 29, 2014.

The High Commissioner acknowledged the Australian support for the capacity building of Pakistan armed forces and expressed satisfaction over Pakistan-Australia defence cooperation. She briefed the Minister on the Operation Zarb-e-Azab and Pakistan’s government commitment to end the terrorism. She also discussed with the Minister the regional situation in the context of Afghanistan and India. 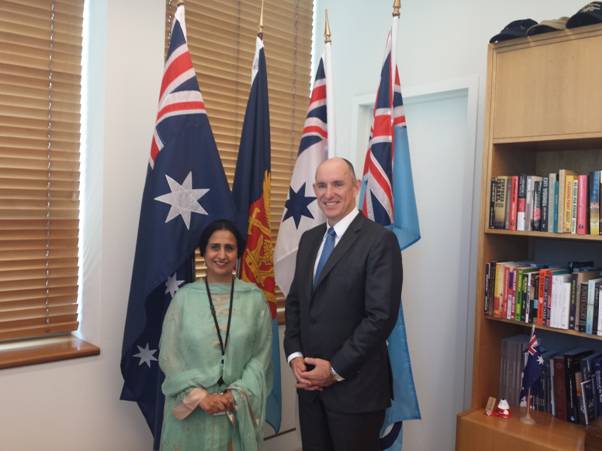