For attending lectures, please register your names on this Link:
https://goo.gl/WLA5KJ 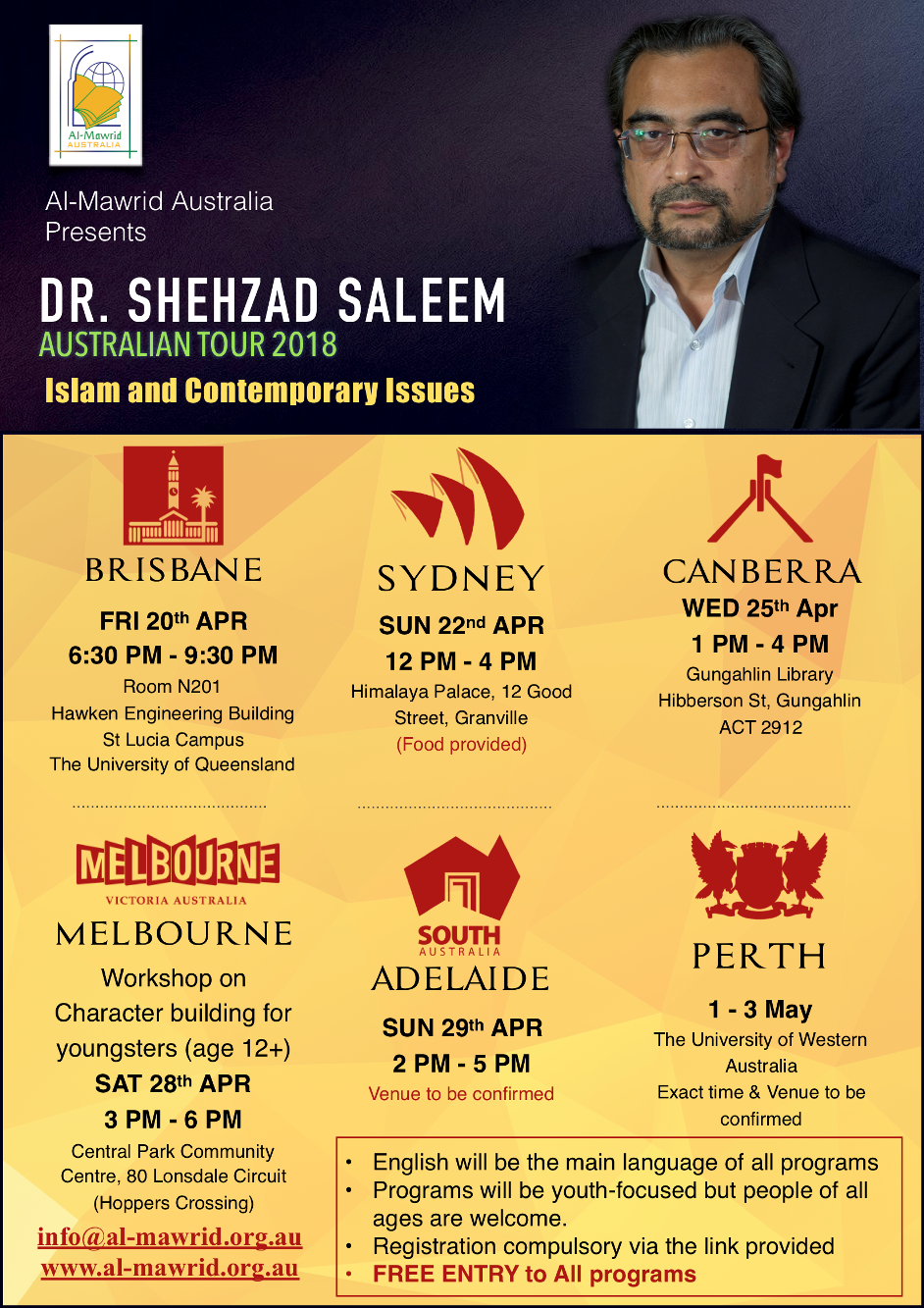 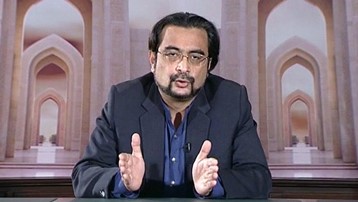 Shehzad Saleem has been under the tutelage of Javed Ahmad Ghamidi since 1988 and is currently a Research Fellow and one of the Vice Presidents of Al-Mawrid. He has Bachelors in Electrical Engineering from UET Lahore, Pakistan and holds a PhD in the History of the Qur’an from the University of Wales, UK.

In 2014 he completed a fifteen year research work on the History of the Qur’an, a part of which constituted his doctoral thesis (the thesis portion is available at:

http://www.al-mawrid.org/index.php/books/view/collection-of-the-quran-a-critical-and-historical-study-of-al-farahis-view). The work addresses some nagging questions related to the revelation, collection and transmission of the Qur’an. These questions include narratives found in our legacy on the alleged incompleteness of the Qur’an, scribal errors found in it, its variant readings, chronology of its compilation, order of the surahs, and manuscript studies.

He has also compiled a modular textbook on Quranic Studies, which was taught by him to graduate students (1999-2001). The textbook is available in course format at
www.studying-islam.org.

He has translated some works of Amin Ahsan Islahi (d. 1997) and Javed Ahmad Ghamidi into English. These include:

QnAs
His answers to various questions received about Islam can also be accessed at the Renaissance website at: http://monthly-renaissance.com/issue/writers.aspx?option=queries&id=1

Websites
He is the Founding Editor of the monthly research journal, Renaissance which was initiated in 1991. In 1999, its website www.monthly-renaissance.com was launched.
He launched the Studying Islam

http://www.studying-islam.org/ website in 2003, which offers online courses on Islam. Through technical help, he has developed an online software (Qur’an for All) at the Studying Islam website to teach the translation of the Qur’an to those who can read the Arabic text but cannot comprehend its meaning.

He also set up websites about the life and works of the Qur’anic scholars Hamid Uddin Farahi (http://www.hamid-uddin-farahi.org/) and Amin Ahsan Islahi (http://www.amin-ahsan-islahi.org/

He has also built a text based website on the exegesis Tadabbur i Qur’an (http://www.tadabbur-i-quran.org/) in 2013.

He also founded a website on the life and works of the biblical scholar Abdus Sattar Ghauri (http://www.abdus-sattar-ghauri.org/)

He uses his personal facebook page (https://www.facebook.com/profile.php?id=562019607)
to write on personality development issues.
Lectures
He is a guest speaker at various public forums. Some of the topics he regularly speaks on include:

He conducts activity-based Qur’anic Workshops for adults and sessions on Character Building and Personality Development for teenagers. Topics include:

Some of his talks and lectures on or about Islam can be viewed at:
www.youtube.com/shehzadsaleem  - www.dailymotion.com/drshehzadsaleem