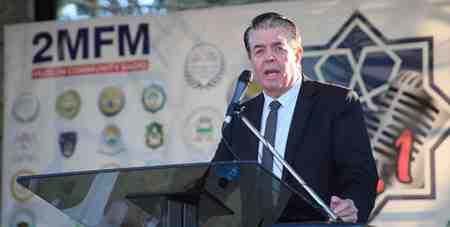 The 2017 Eid-ul-Fitr Festival, broadcast live on the Muslim Community Radio 92.1FM, attracted Muslims and non-Muslims including politicians, community leaders, families and individuals as well as passers-by to this entertaining and enlightening event.

This annual, culturally diverse event that marked the end of the fasting month of Ramadan for Muslims, also celebrated social harmony and delivered a strong message against violence and anti-social behaviour.

In preparation for the Festival, the ICPA opened its doors inviting its target community to contribute, resulting in the diverse participation of over ten Islamic organizations and groups.

Male and female participants of many diverse cultural and linguistic backgrounds from 7 to 60 years of age, volunteered in a variety of activities on the field, including live radio broadcasting, IT support, stage performers including vocalists and drummers, MCs, speakers, Liaison officers, field supervisors, security officers, game coordinators, and much more.

Such an intuitive fostering diversity and togetherness reflects the ICPA’s commitment to building communities. 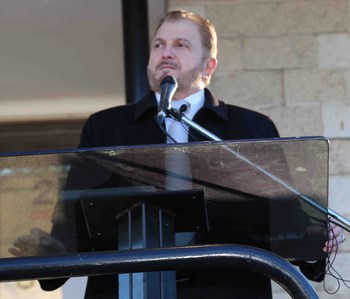 In his welcoming speech, ICPA President, Haj. Mohammad Mehio made it known that the ICPA continues to work effectively to strengthen the ties among all individuals who have made Australia their homeland.

“It is only with such correct knowledge that one can protect oneself from extremists and learn to identify them to diffuse their influences,” he said. 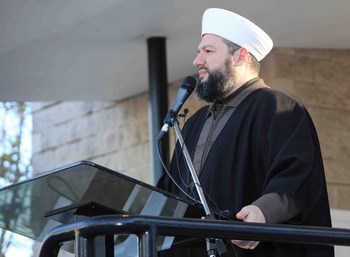 His imminence Dr sheikh Salim Alwan the chairman of Darulfatwa of Australia acknowledged the significance of propagating the true teachings of Islam.
He also underlined the principles of Islam as being,
“a religion of peace and tolerance, a religion of compassion and harmony that advocates the principles of understanding, engagement, integration and reconciliation”, he said. 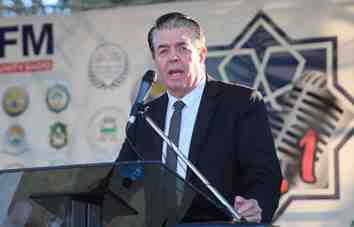 The Hon Ray Williams gave tribute to the diverse and crucial contribution Australian Muslims have made to the Australian way-of-life.
“It is an honor & great privilege to spend this afternoon in this wonderful festivity Eid here again in Bankstown representing my Premier, The Hon. Gladys Berejiklian, to knowledge the end of Ramadan, a time of reflection for all Muslims.”
“And as the NSW Minister of the Multiculturalism, it has been a time of reflection for me personally to reflect on the positive contributions the Australian Muslims make each and every day, to the state of NSW.
“I don’t just mean the high achieving sports men and women, the high achieving business people, but Australian Muslim doctors and nurses who each and every day save lives in Hospitals, to our Muslim police officers who protect and keep our streets safe, to the many thousands of Muslims who are working across NSW re-building our roads and our railways and our hospitals and schools.
“They are the important contributions that Australian Muslims make to this country that continues to build a better Australia for everybody”, she said. 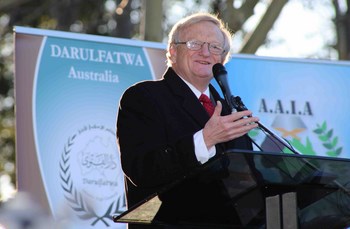 In his warm address, Mr. Paul Lynch Member for Liverpool Shadow Attorney General affirmed the Australianness of diversity.
“I need to keep saying it, this is a great example of Multicultural NSW & Multicultural Australia.
“People who don’t understand how profoundly, how Australian this event is, how central to Australian communities the Ramadan and Eid are, people don’t understand our History!
“This land, if anything is a land of Migrants.
“It doesn’t matter if you are like me, whose grandfather came from Ireland, fleeing British oppression or whether you are someone that has come from Lebanon 2 years ago!
“Everyone in those categories, everyone that’s here is entitles to their own bit of this place.
“And those people who want to run around defaming communities and defining what it is to be Australian-people like Pauline Hanson; those people don’t understand who we are as Australians.
“They don’t understand Australia, they don’t understand our history, and they are frankly not good Australians”, he said. 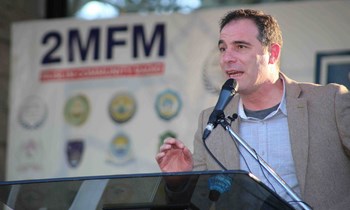 On a similar tone, Hon. Jihad Dib Member for Lakemba, Shadow Minister for Education thanked the ICPA and the Sheikhs and said:
“This is not just an Islamic Event, it is an Australian Event. And I want to say to the young kids today to listen to the words of your elders, those who give you good advice. Eid Moubarak.” 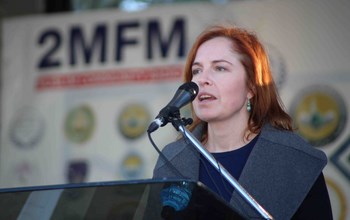 Hon. Julia Finn MP Member for Granville congratulated the Muslims and conveyed her joy to the event of togetherness.
“Eid Mubarak, it’s great to be here this afternoon, it’s a really beautiful afternoon and this is an essential Australian Celebration of Eid.
“So, I thank the Islamic Charity Project Association for putting this on and for bringing the community together and we can see around the park there are thousands of people coming together,” she said. 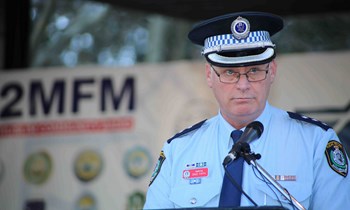 Inspector Dave Firth Bankstown Police extended his well wished to the Muslims community on behalf of the Commander Super-Intendant, Dave Eardly and all officers from Bankstown police.
“Looking around at the crowd, it’s great to see so many families and people from all walks of life in our community engaging harmoniously and respectfully with each other.
“This is a credit and reflection of the time, effort and dedication of which the organisers at the Islamic charity Projects Association and at Darulfatwa invested in their community engagement projects that make this event such a successful one.
“On a personal note, I’ve lived in the Area for the past 30 years, and have nothing but praise for the way in which the community as a whole live, and we’re together to make it a better place,” he said.

The activities and features of the Festival included stalls of foods, drinks, apparel, toys, sports club, face painting and a variety of children’s activities, amusement rides and dodgem cars. 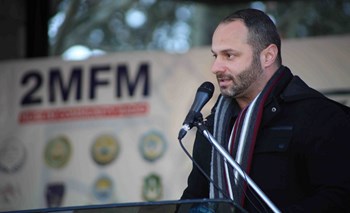 The excitement reached its peak when 2MFM presenters of six live shows took the stage to draw the names of over 25 winners who entered the Live Show competitions on radio throughout Ramadan. 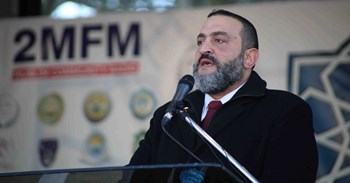 The presenters handed out more than twenty five prizes including tablets and others, to winners of all ages. 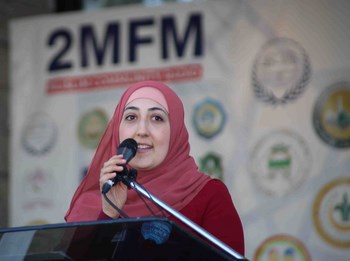 The Eid-ul-Fitr Festival ended with a magnificent show of fireworks on Saturday and Sunday night, lighting up the region with colour and excitement, and keeping the crowd anxiously awaiting the next Festival of Eid-ul-Adha in two months. 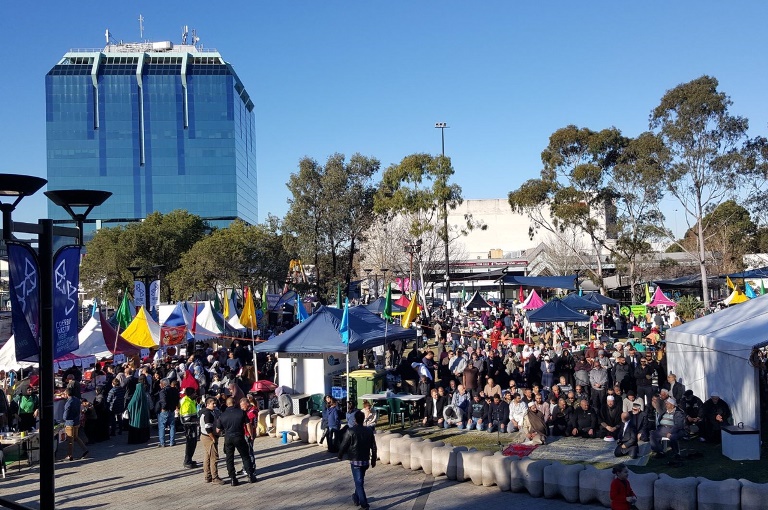 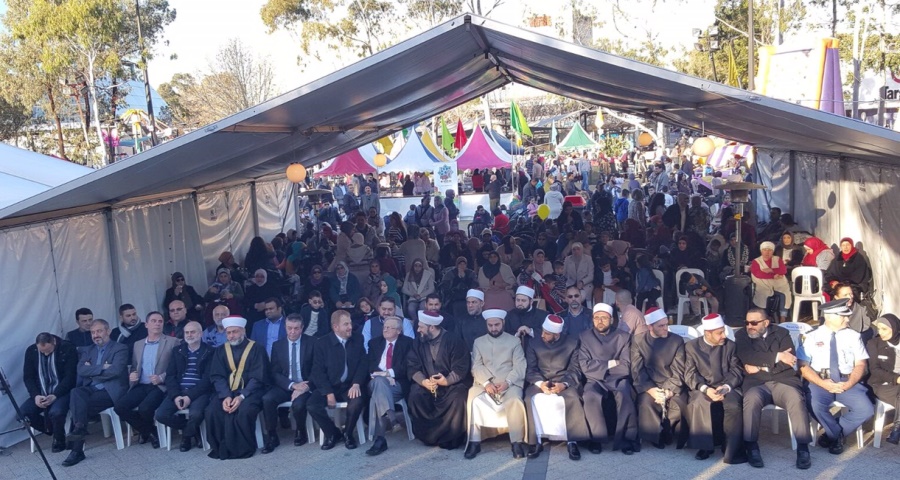