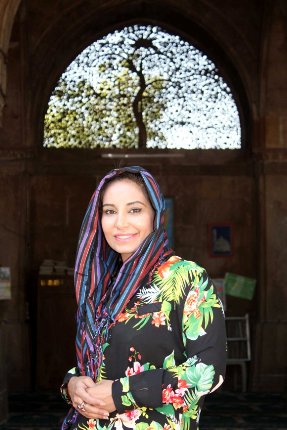 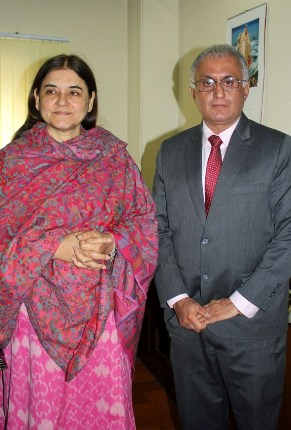 Within a year of our previous visit to India, Shadow Minister for Multiculturalism and Citizenship Hon. Michelle Rowland, Upper House Candidate for the forth coming New South Wales elections; Aisha Amjad and founder of the Sub-Continent Friends of Labor Harish Velji, once again went to India at our own expense to the further the Australia-India Relationship. 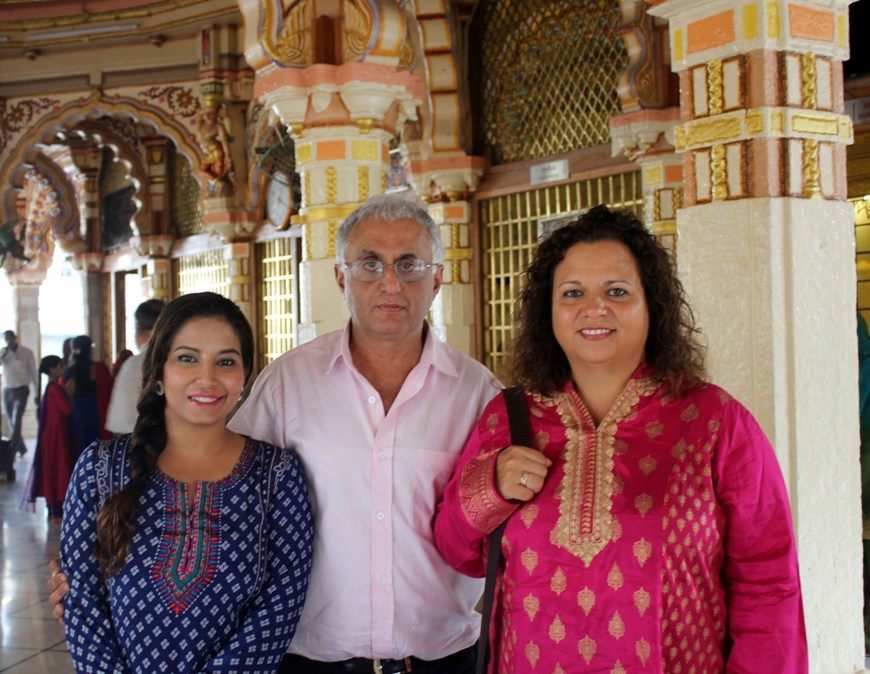 Michelle spent her time exclusively in Ahmedabad for a week whilst Aisha and I spent a month between Ahmedabad, Delhi and Mumbai. Murtoa Poonawala who happened to be in Mumbai, took us to His Holiness Syedna Mufaddal Saifuddin the spiritual head of the Bhora community. He also took us along to pay respects at the Shrine of the His Holiness at Raudat Tahera. This marked the first anniversary of the death of the Spiritual Father where 300,000 people from across the world were paying respects 24/7. 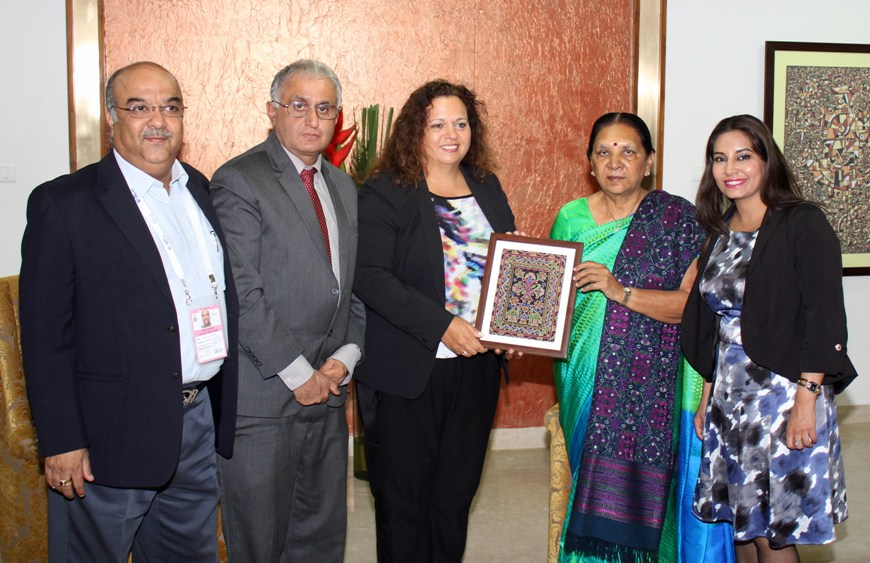 Our visit to Ahmedabad coincided with the Parvasi Bhartai Diwas (PBD) and Vibrant Gujarat. The PBD was marked to correspond with the return of the father of the nation Mahatma Ghandi from South Africa hundred years ago. 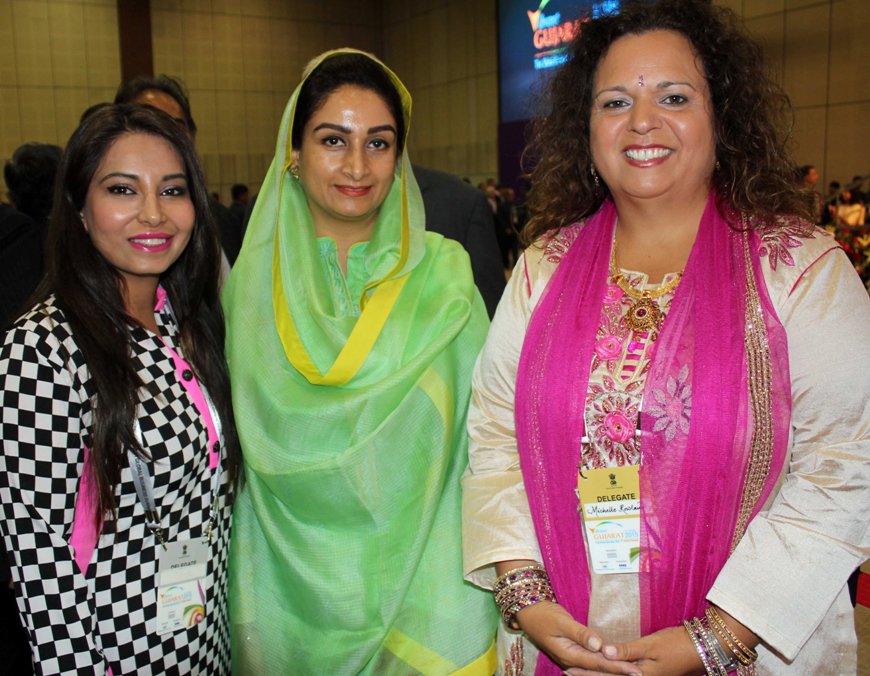 PBD and Vibrant Gujarat gave the Chief Minister of Gujarat; Anandiben Patel an opportunity to present herself to the largest international stage. This was the first major occasion since taking over the helm from the present Indian Prime Minister; Nardendra Modi.Whilst there was a lot of noise about the potential security threat, I never felt at risk as there was very high visibility of the armed forces present all the time. Likewise the security at the hotels were stepped up. 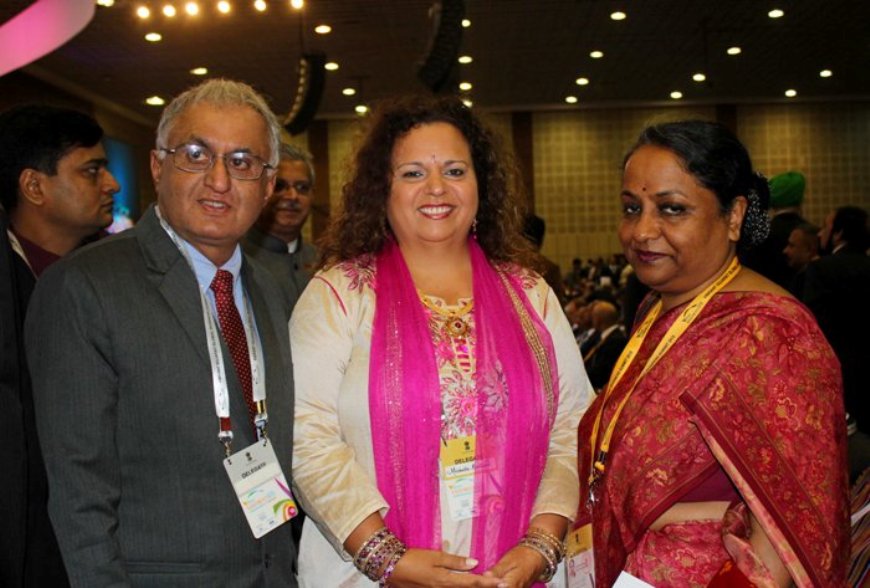 When it comes to India no matter how far you try to prepare things in advance it never happens or works. One has to hit the ground to enable things happen. Aisha and I had to be on the field one week in advance to make preparation for meetings, visits to various locations etc. 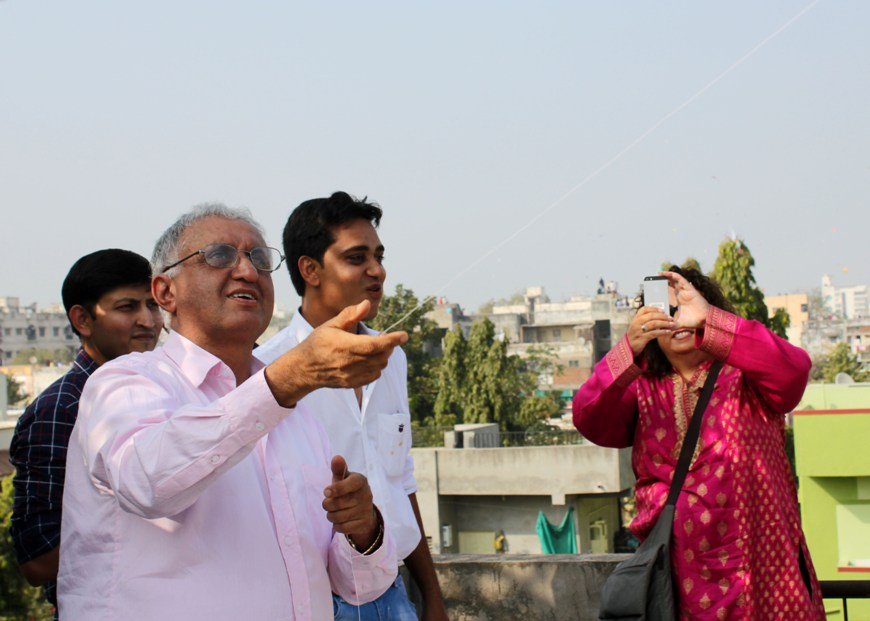 After visiting the Sun Temple in Mondera we proceeded to the Chief Secretary’s Office to make arrangements for both the PBD and Vibrant Gujarat. Vibrant Gujarat was very critical as far as the Australian-Indian relationship was concerned as under the Federal Liberal Government the trade has gone south. There has been lots of feel good meetings, tours and announcements but in terms of practical relationship there needs more to be done. 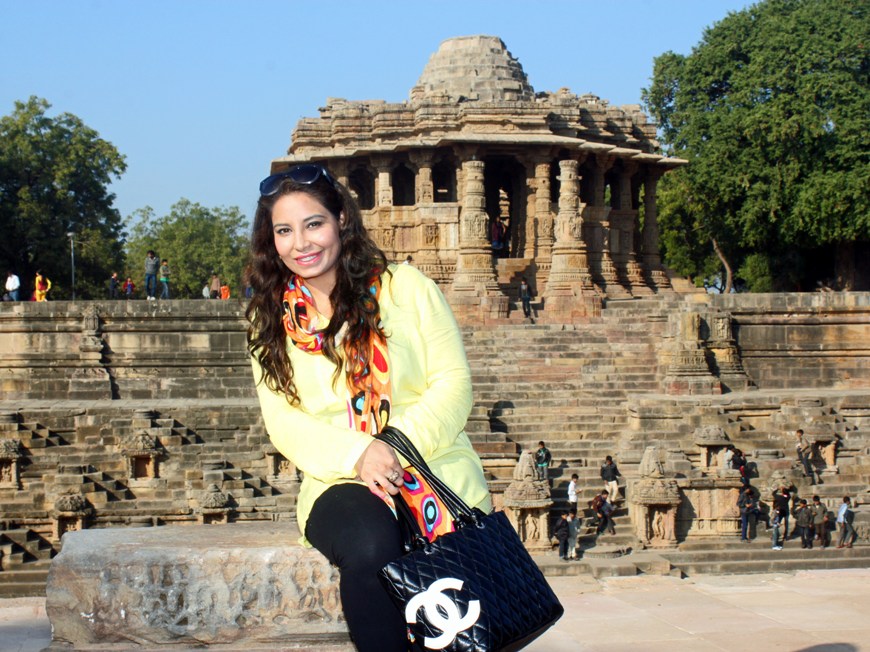 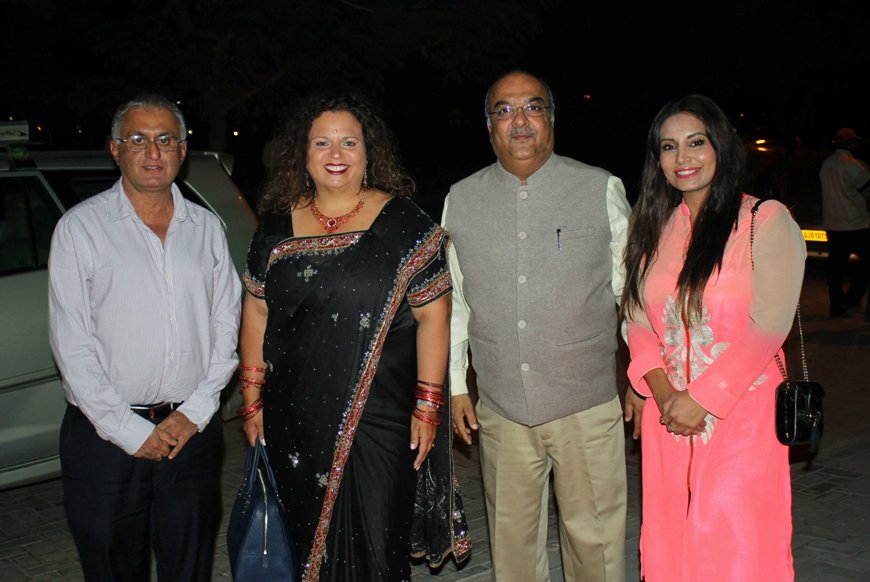 The opening of the PBD was an hour late where the politicians from various countries would not stop their speeches and crowd became impatient and started clapping. During the opening of PBD the Indian Prime Minister noted that Gandhi was a Gujarati and today a Gujarati state was marking his return from South Africa and he as a Gujarati was privileged to do the opening of the function on the 8th of January 2015. 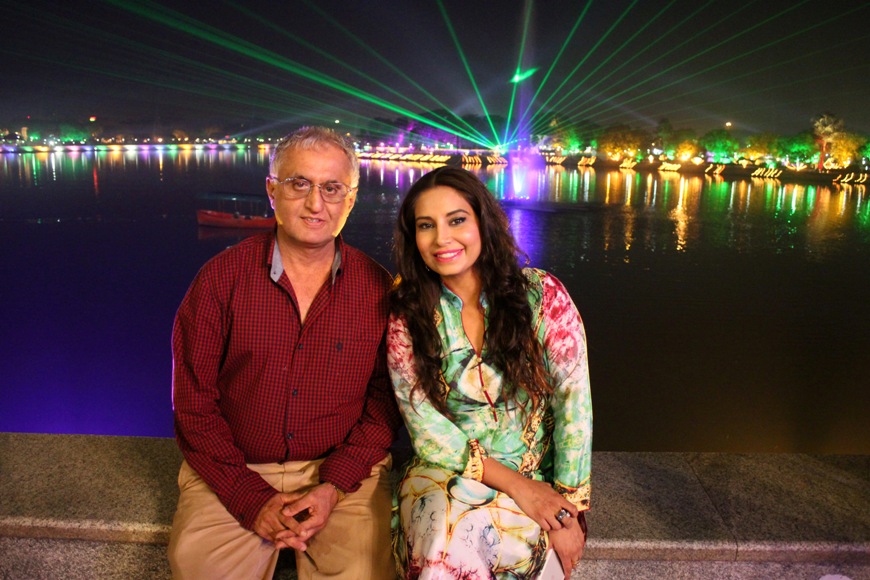 It was an absolute pleasure for Aisha and myself to attend a school established by Dr. Nandekar from the USA in a rural setting as chief guests at a prize giving ceremony. This is the largest school run by a Gujarati Muslim institute in an English-medium and a very high achieving school at that as well. The emphasis on giving an equal opportunity for girls is an overarching theme of the school. 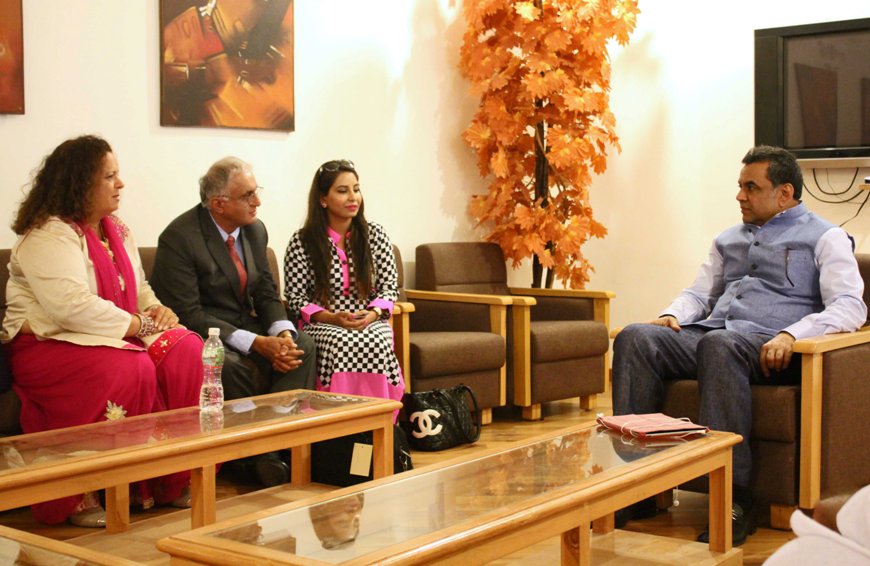 We participated in the two cultural events in the evening. The first one was sponsored by the Gujarat Government and I had a pleasure to talk to the Chief Minister of Gujarat and she asked me about Modi’s trip to Fiji. 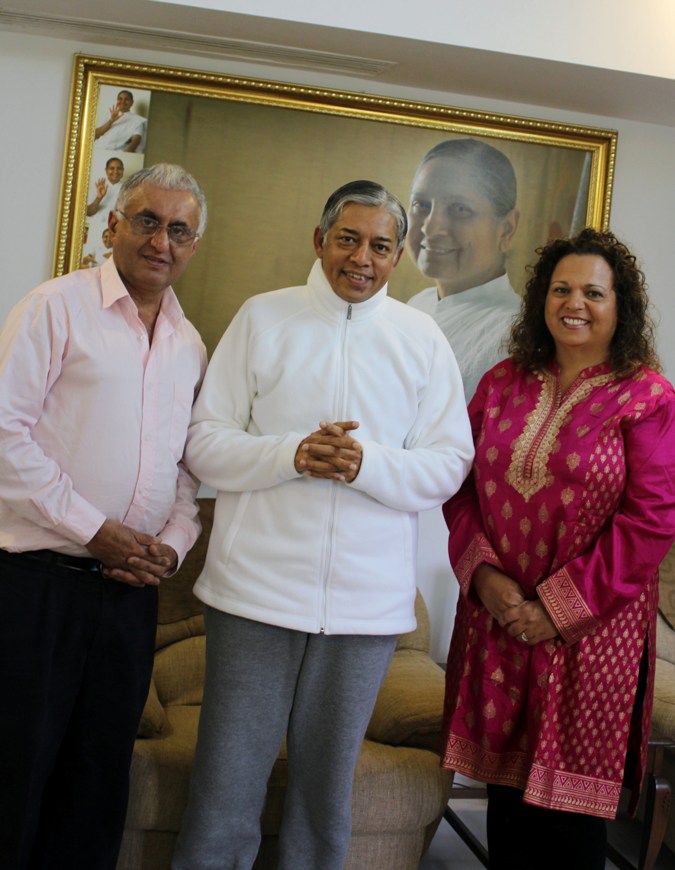 There was a breath taking play to mark the 100 years since return of the great Mahatma. As Nelson Mandela said India sent Ghandi to South Africa and they returned him as a Mahatma. 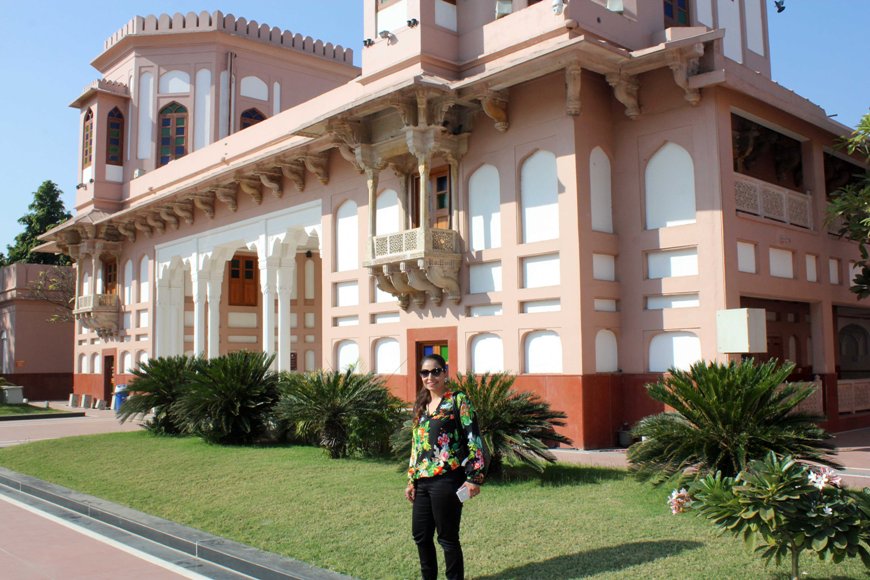 We also took an opportunity to visit Sardar Vallabhbhai Patel Memorial, Adlaj Stepwell, Ghandi Ashram and Sidi Saiyed's Mosque.We were invited to a dinner hosted by the Gujarat Chamber of Commerce and Industries and also attended two other functions hosted by the Kalhar Golf Club. Khalar Golf Club is the only 18-hole golf club in India that is capable of hosting an International event. 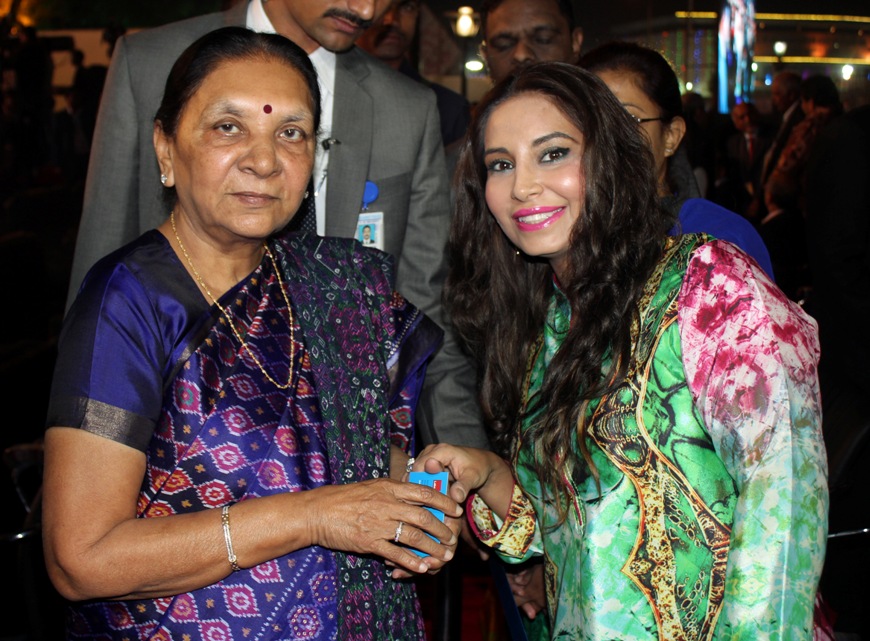 We also met Paresh Rawal the actor now turned a BJP member of the Parliament. At the Vibrant Gujarat Summit; Michelle, Aisha and I were privileged to get a Gold Pass which entitle us to seat in the front two rows. At the opening ceremony there was a vast array of dignitaries from overseas and local. Unfortunately the opening ceremony lasted four hours without a break and it was all speeches. Speaker after speaker recognised that the climate change was for real except for the Australian Minister for Trade. Australian Minister for Trade; Hon. Andrew Robb went ahead to mention that the sale of beef to China had gone leaps and bounds. There was a stunned pin drop silence in the audience once hearing this. 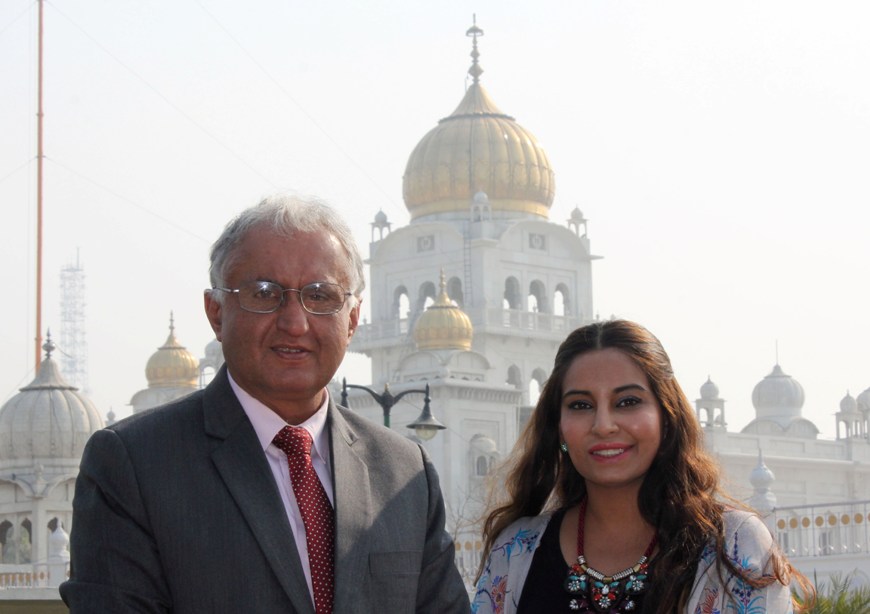 We also managed to visit Akshardham, ISSO Swami Narayan temple, Dada Bhagwan Foundation, Guru Govind Dham and Indian Institute of Management. Also in the process we had a one to one meeting with Deepak Bhai head of the Dada Bhawgan Foundation who we had met earlier in Sydney and the ISSO Swami Narayan Mota Maharajshree ji - Acharya Shree Tejendraprasadji Maharaj. 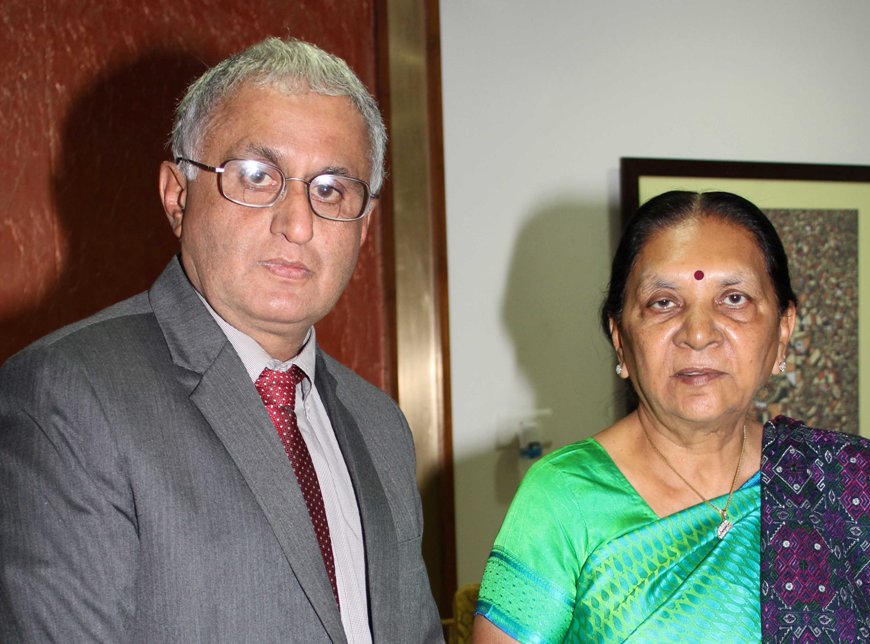 No trip to Ahemdabad would have been complete without meeting Smt Anandiben Patel, Chief Minister for Gujarat, Prof. Minister Vasuben Trivedi - independent charge of Women and Child Welfare along with Higher and Technical Education, Hon Saurabh Patel who holds a mega Ministry of Finance, Energy and Petrochemicals, Mines and Minerals, Salt Industries, Printing, Planning, Tourism, Civil Aviation, Labour and Employment, and a number of other Ministers. The topics ranged from domestic violence, investment in India and in Australia, sports institute etc. 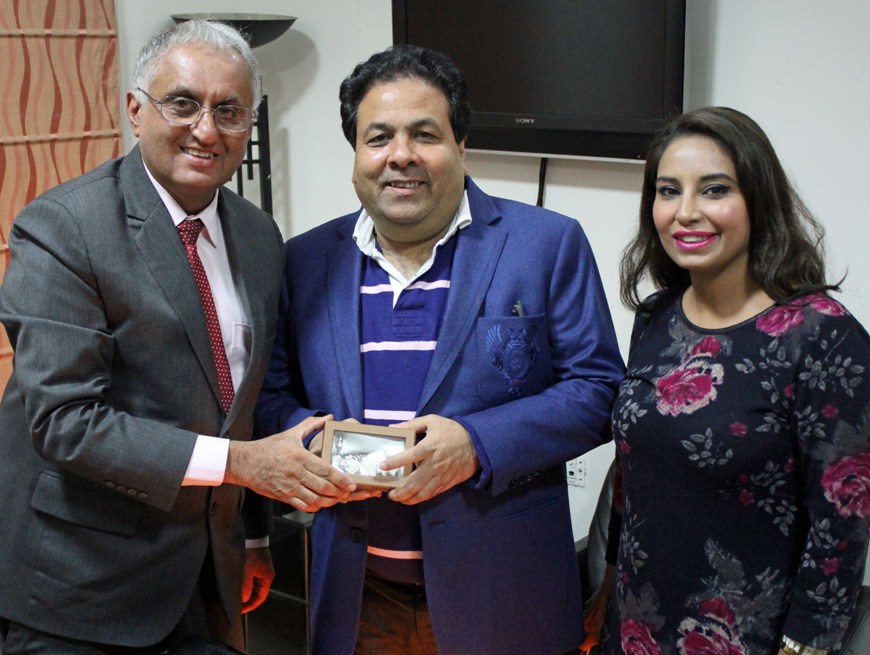 Whilst we were in Gujarat we were invited by the local community to participate in the Kite Festival and for lunch and dinner.After Michelle left for Australia, Aisha and I continued with our meetings in Delhi and in Mumbai. 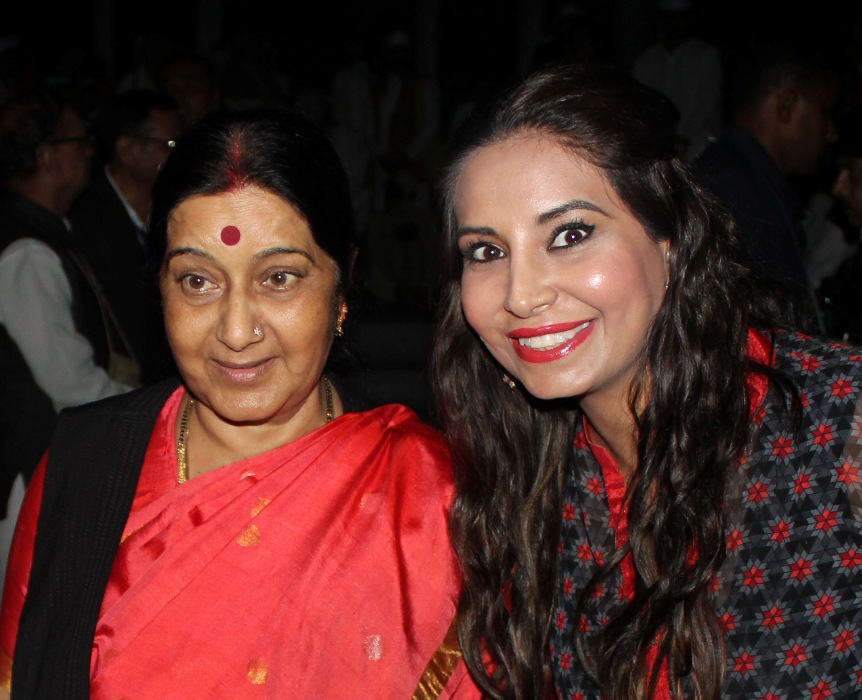 We had a pleasure to catch up with Minister for Women and Environment; Maneka Ghandi and the former Minister from congress days and currently upper house member Rajeev Shukla who is also the head of IPL and in the committee of the IHL. Whilst in Delhi we met up with few business people and amongst them were the T-Series which holds 60% of the Indian music market. 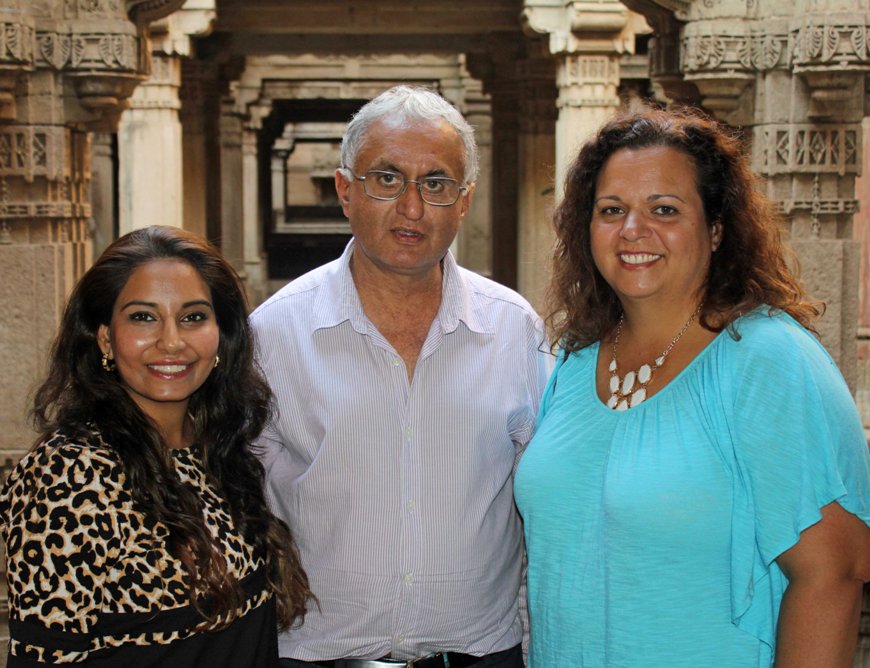 In Mumbai we once again met with a number of business people including Captain Somesh Batra who is the Vice President of the World Trade Centre, T-Series and a special friend Vineet Mittal who is playing a major part in renewal energy in India. 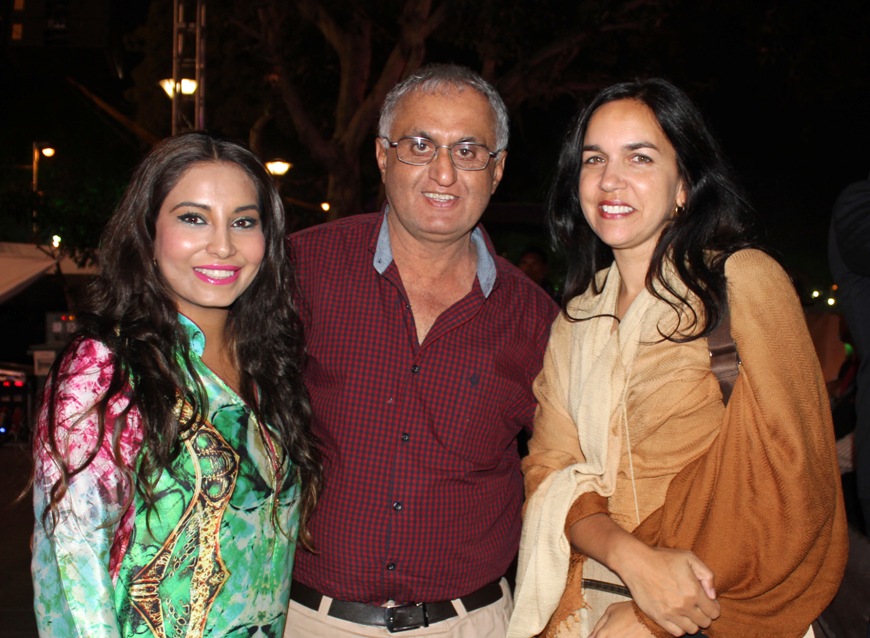 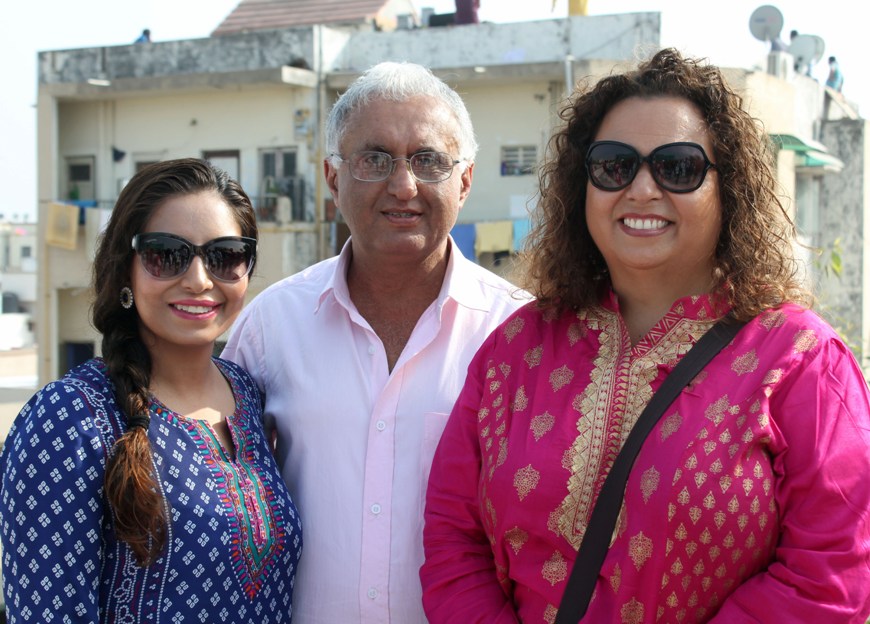 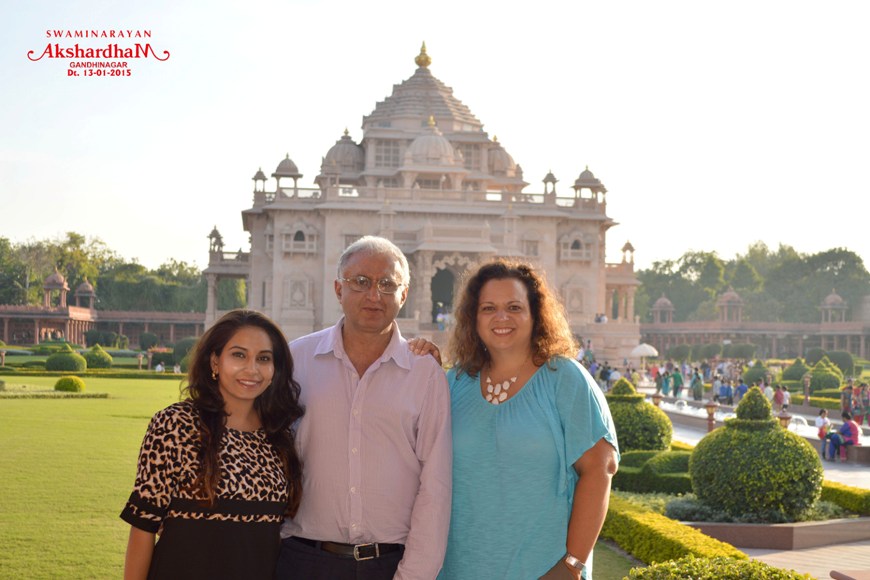