Mr. M A Lodhi, Secretary General of the Federation of Pakistan Chambers of Commerce and Industry Karachi, was here on a private visit last week. He met me at a Wedding party and was kind enough to give me time for talks on Tuesday 17, March 2015. 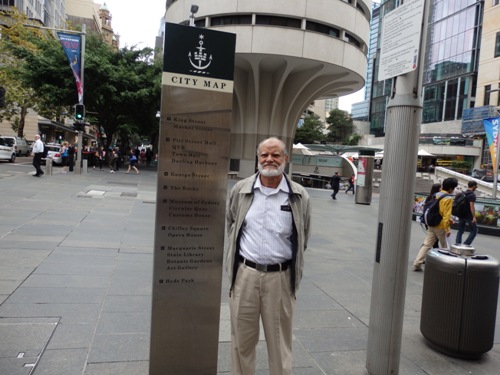 Q: Is it your first visit to Sydney?

A: I had come for the first time to Sydney in 1998 to attend the International Conference on Accounting as Vice Chairman of the Institute of Management Accountants of Pakistan.

Q: Would you like to tell us briefly about yourself?

A: After having done my Graduation from Govt. College Lahore, I did my LL.B from Punjab University and M.B.A from Institute of Business Administration Karachi in 1965. Later, I qualified for the Fellowship of the Institute of Management Accountants of UK as well as Pakistan.

A: I have mainly worked in the Petroleum, Insurance and Hoteling sectors and Alhamdolillah rose to the top of each sector. In Petroleum, I worked in Downstream as well as Upstream companies and rose to the level of President/CEO of Occidental Oil of Pakistan. In Insurance, I worked in State Life Insurance Corporation as well as National Insurance Corporation (Non Life) and served as its Chairman/CEO for six years. In Hotels, I worked with Inter Continental and Pearl Continental Chains and rose to the level of President/ CEO of the company. I have also worked as Managing Director of the Karachi Stock Exchange Ltd and am presently working as the Secretary General / CEO of the FPCCI.

Q: What is FPCCI and what is the nature of its business.

A: Federation of the Pakistan Chambers of Commerce and Industry is the apex body of Trade and Industry of the country. You know in Pakistan every Trade Association (based on different sectors of trade eg. Towel Exporters Association or Leather Garments Exporters Association etc) and every Chamber ( based on geographical location e.g. Karachi Chamber or Lahore Chamber or Islamabad Chamber etc) have to obtain a license from the Government of Pakistan to regulate their working. Each and every Association and Chamber so licensed has to obtain a membership of the FPCCI to keep its license valid. As of today there are over 102 Trade Associations and 58 Chambers including Women Chambers and Chambers of Small Traders as members of the FPCCI.

Q: Although you are on a private trip to Sydney but looking at your profile, you must have met some people over here. 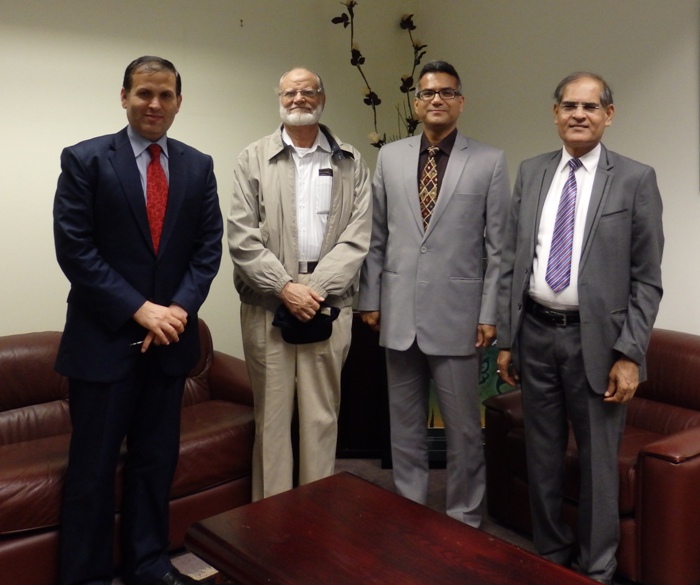 A: Besides you, Mr. Zafar. I had the opportunity of meeting some prominent businessmen. To name a few, Mr. Azhar Mufti who operates some 7/11 stores, a finance company and a real estate business in different parts of Australia,

Mr. M.A.Lodhi and Mr. Rana Rasheed at the office of Citilink Finance

Mr. Rasheed Rana who is a retired Senior banker and is presently working as a Financial Consultant , Mr. Alan Khan who is running well known and successful Restaurant business in Sydney. I also met the Chairman of the Pakistan Australia Business Council Mr. Iftikhar Rana and Mr. Uqaili the Consul General of Pakistan and Mr. Shifaat Ahmad Kaleem, the Consul of Consulate General of Pakistan in Sydney.

Q: How was your visit to Pakistani Consulate.

A: Mr. Abdul Aziz Uqaili, the Consul General of Pakistan is here for the last two years. He belongs to a very respectable family of Pakistan and is a thorough gentleman. He has grasp over his subject. He stressed the importance of visits of Pakistani businessmen to Australia and urged upon me to bring some delegations of importers and exporters from Pakistan under the banner of FPCCI. He said that as in the West, in Australia as well one has to plan a business delegation well in advance as two months are taken by the Australian Embassy in Pakistan for the processing of the Visas and another two months we should give for setting meetings with the local businessmen to make a visit successful.

He told that he had taken a delegation of Australian Businessmen to Pakistan on the occasion of the Expo Pakistan held in February this year. Every businessman paid for himself. He was all praise for the excellent arrangements made by TDAP and personal attention and respect given by Mr. S M Muneer CEO TDAP to each and every member of the delegation. He said that there were ample opportunities for Pakistani products to be exported to Australia and a recent trip of the delegation of Pakistan Towel Manufacturers Association lead by Mr. Mehtab Chawala was a great success. 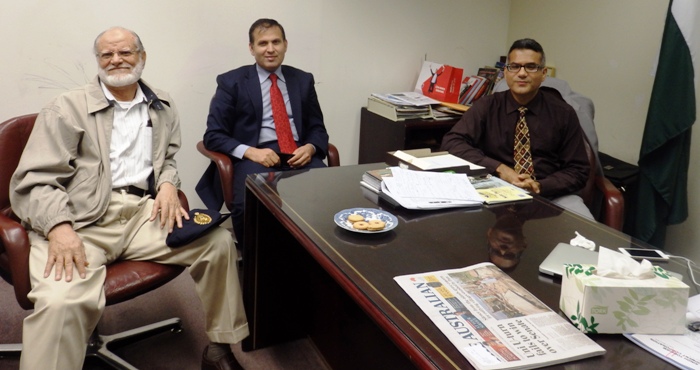 Mr. Shifaat Kaleem being the Consul is Incharge of the Visa, Passport Section and Consular Services. He is also a very pleasant personality. He was so duty conscious that when our discussion prolonged for about half an hour he excused himself and went to his seat to dispose of some visa cases as he did not want the people to wait for long. As a result of this approach, there were no queues of visa applicants and at a time not more than three to four people you will find sitting in the waiting lounge.

Another surprising factor was the neat and clean atmosphere of the office. It did not give the look of a government office in Pakistan and was as neat and clean as any local office in Sydney. During our meeting when the prayer time came, all the staff lead by Consul General said their Zohar prayers together.
While I said goodbye to them, Mr. Uqaili once again assured me of his full support in arranging a visit of FPCCI Delegation to Australia provided enough time is given for planning and arranging meetings locally.

Q: How was your discussion with the Chairman Pakistan Australia Business Council? 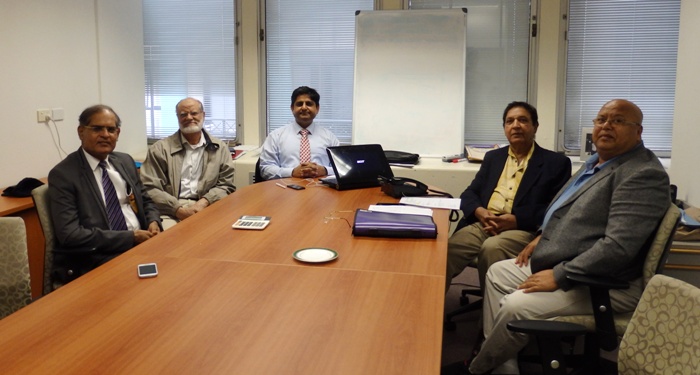 A: Although Mr. Iftikhar Rana is settled in Australia since childhood the love for Pakistan is apparent from his face and expressions when he takes the name of Pakistan. He had led the delegation from Australia to Expo and was all praise for the CEO TDAP Mr. Muneer and his abilities in handling the affairs of the Expo. He spoke at length of the vast business opportunities in Australia for the Pakistani products in view of the quality and price but he said that unfortunately our businessmen do not keep up their commitment about the date of delivery. He mentioned the example of the respect for their commitment in Australia and said that if someone will say that he will come to see you at such and such a time, he will make sure that he is there five minutes before the committed time and shall never make the excuse of traffic congestion etc.

Q: What places did you see in Sydney.

A: Well known places like Darling Harbour and Opera House as well as the weekly Fireworks I had seen during my first visit and Blue Mountains, Wollongong, Bondi Beach and the Zoo etc during my subsequent visits. This time I had the opportunity to visit the Parliament House, the Museum of the Reserve Bank of Australia and the Lindt Cafe where one terrorist had made a few guests of the cafe as Hostages and killed two of them.

Q: What is your general impression of Sydney?

A: Like any other developed country of the West, Australia is also a well developed country who is proud of its past and culture. The people of Sydney are friendly, traffic is organized, no honking of the cars, people follow the traffic laws although you don’t see any policeman managing the traffic.

Q: What do you think are the main reasons for the progress of Australia?

A: If one compares Australia with Pakistan, both the countries are endowed with gifts of nature in abundance. Both have excellent weather, fertile land, rich in minerals, a huge coastline and hardworking people. The only thing lacking in Pakistan is the sincerity and loyalty to the country and moral values which should be the sine qua non of the Muslims. When Pakistanis shall become proud of being a Pakistani then it shall also be economically as strong as Australia or any other developed country of the world and that day will come when our leaders shall become honest as the saying goes, “People follow their Leaders”( ANNASO ALA DEENE MULOKEHIM)
At the end Mr. Zafar Hussain thanked Mr. Lodhi for the time given by him. Mr. Lodhi invited Mr. Zafar to visit FPCCI during his next visit to Pakistan. 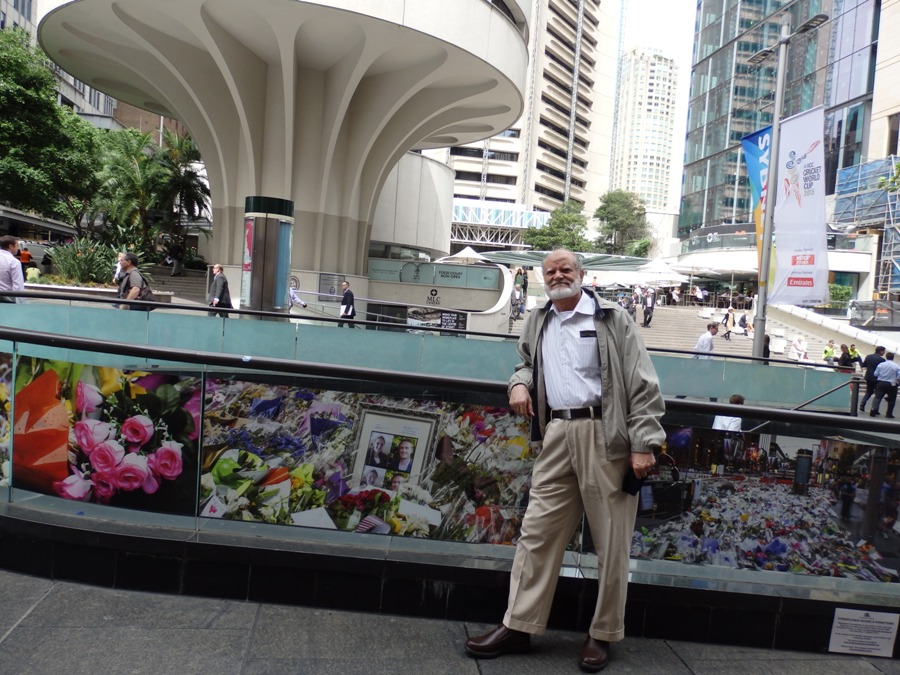