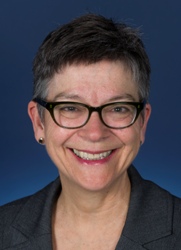 The Government of Australia announced the appointment of Margaret Adamson as Australia's next High Commissioner to Pakistan. According to the official Media Release,  both countries enjoy a long-standing relationship built on strong people-to-people links, our shared Commonwealth heritage and significant mutual interests. Australia and Pakistan share a strategic interest in combating extremism and we are committed to continuing to work in partnership with Pakistan on counter-terrorism, people smuggling and transnational crime.

Australia and Pakistan are actively exploring avenues to expand trade and investment and research ties, particularly through agriculture and agribusiness, water technologies, mining services and education. There are significant prospects for growth in bilateral trade and investment, and deepening community engagement through exchanges of students under the New Colombo Plan.

Our people-to-people links are strong and continue to grow, underpinned by our economic ties, common interest in sport and by the significant number of Pakistani students who choose to study in Australia.

Margaret Adamson is a senior career officer with the Department of Foreign Affairs and Trade, having served previously as Ambassador to Poland and Ambassador to Cambodia. Most recently, she was Deputy High Commissioner to Papua New Guinea. In Canberra, Ms Adamson’s appointments have included head of Public Diplomacy Branch, European Union and Western Europe Branch, and Pacific Islands Branch.

Margaret Adamson is expected to take up her appointment this month. The Australian Minister of Foreign affairs Hon. Julie Bishop MP thanks the outgoing High Commissioner, Mr Peter Heyward, for his work in advancing Australia’s interests in Pakistan.