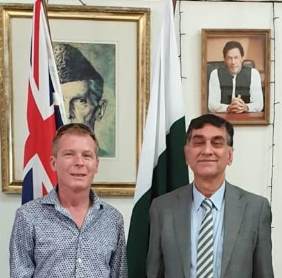 On Wednesday, 4th Dec 2019, Mr. Timothy Weeks, the Australian who had remained hostage in Afghanistan for more than three years,  visited the High Commission for Pakistan in Canberra. He requested the High Commissioner Babar Amin to convey his gratitude to Prime Minister Imran Khan and the Government of Pakistan for their support and facilitation to secure his release in Afghanistan. He was also appreciative of Pakistan’s role in supporting the Afghan peace process.

The High Commissioner Mr. Babar Amin expressed his delight over the release and safe return of Mr. Weeks. He commended his resilience and courage in the face of hardship suffered during the long incarceration. The whole of the Pakistani nation was elated on hearing the good news of his release, the High Commissioner added. The High Commissioner conveyed his best wishes to Mr. Timothy Weeks in his future life.

The High Commissioner Babar Amin further stated that Pakistan strongly believes that the solution of the Afghan conflict lied in a politically negotiated settlement led and owned by the Afghans themselves. Pakistan had committed more than US$ 1 billion to the development of Afghanistan and had hosted millions of Afghan refugees for more than four decades on its soil, with over 2.7 million still residing in country. He reaffirmed Pakistan’s commitment to support the international community’s efforts in bringing peace and stability in Afghanistan. 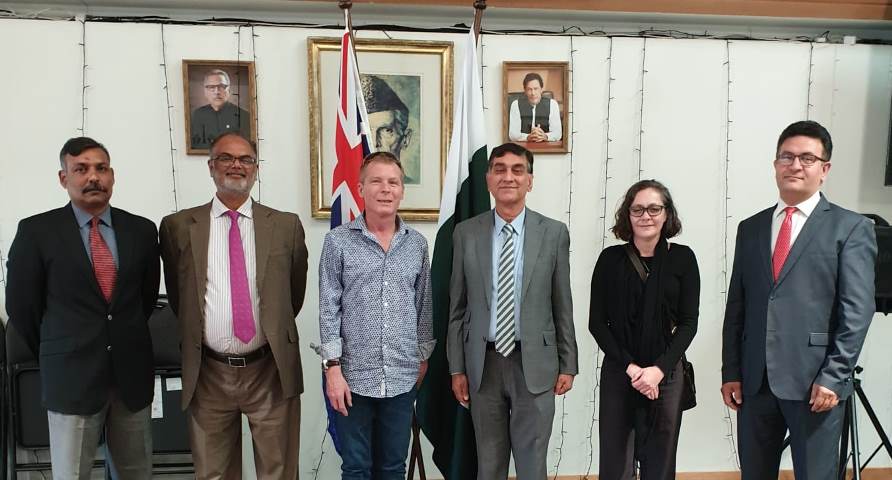