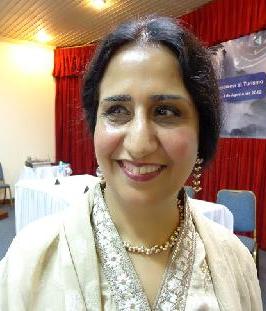 "I would like to convey heartiest felicitations to Sada-e-Watan on completion of 10 years of dedicated service to Pakistani community in Australia and being an important source of information and support to the Pakistan-Australia partnership."

Sada-e-Watan has come a long way from its inception in 1993 as an Urdu fortnightly - weekly news to later in 2005, as an internet English daily news.

A special appreciation and recognition is merited by Editor-in-Chief Syed Zafar Hussain whose unrelenting commitment to serve the country of his origin and the community, has culminated in the success of Sada-e-Watan as one of the most widely read online news with readers from all over the world.

I wish Sada-e-Watan continued success in its future endeavors.