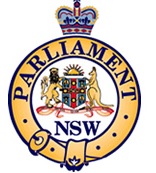 (1) That this House notes that:
(a) on Saturday 3 May 2015, the Hon. Shaoquett Moselmane, MLC, and Rockdale City Council held the Nepal Earthquake Children's Appeal Dinner, following the devastating earthquake that had killed an estimated 10,000 people;

(b) the event was attended by over 140 people with guests including the Hon. the Consul General of Nepal, His Excellency Deepak Khadka, Mayor Shane O'Brien and the new member for Rockdale, Mr Steve Kamper MP, Deputy Mayor Liz Barlow, Emeritus Mayor Councillor Bill Saravinovski, Councillors Joe Awada and Tarek Ibrahim and Liverpool Councillor Ali Karnib; and

(2) That this House notes that over 2,000 residents of Rockdale are of Nepali descent, and some of whose relatives have been affected by the earthquake.

(3) That this House notes this humanitarian effort in raising over $16,000 for the United Nations Children's Fund, expresses its condolences for the loss of lives and notes its solidarity with the people of Nepal.
To say it is a terrible disaster would be an understatement. No words could capture the anguish, the devastation, the suffering, the hardship, the fear and the agony of the people. As Nepal is Asia's second poorest country, the authorities lacked the proper equipment to rescue the many people trapped under the rubble. The scale of the devastation, as we see through live images streaming around the world, is simply unimaginable. The nation's Prime Minister, Sushil Koirala, declared that the death toll might reach 10,000. In reality, no-one knew the extent of the damage as hundreds of thousands of buildings had been destroyed and the fear was that far-flung villages had been flattened in the worst earthquake to hit this impoverished Himalayan nation in more than 80 years.

Reports state that more than two million people live in the severely affected districts and one report noted that according to the United Nations situation report the "dead body" management has been a challenge and surgical facilities are overwhelmed. Indeed, the number of dead or injured has been difficult to quantify. In some villages all the homes and buildings have been destroyed but neither the authorities nor the rescuers have been able to reach them following the earthquake. Shocks, some with a magnitude of 6.7, have continued to hamper relief efforts and have kept people in a state of perpetual panic.

The 7.8 magnitude earthquake wreaked a trail of death and destruction, reducing much of the country, but in particular the capital Kathmandu, to rubble as it triggered deadly avalanches, floods, landslides and other disasters that this poor nation, with its poor people, could neither manage nor contain. According to the United Nations, in the hardest hit district of Gorkha and Sindhupalchowk almost 90 per cent of the mostly stone and mud homes were destroyed.

The fate of many villagers in this impoverished nation with minimal infrastructure, much of it now ruined, remains bleak. Areas near Tibet, so high in the Himalayas, cannot be reached except by helicopter. The fear is that many of the homes of the hundreds if not thousands of people there have been destroyed and that neither rescuers nor authorities can reach them—no food, shelter or medicine could ever be delivered to them. The picture for Nepal is extremely bleak. To be hit again with a new wave of shocks triples the trauma and suffering. A second powerful earthquake has hit Nepal in less than three weeks, spreading further panic and distress amongst the millions of people already traumatised. They had only just begun to pick up the pieces from the first earthquake and they have now been hit again—devastating for many survivors and complicating matters for the rescuers. It places a burden on an already stretched authority still struggling to meet the basic needs of its population.

The new 7.3 magnitude earthquake hit close to the Tibetan border. The only reason that the death and injury rate was lower this time is that people were living in tents; they are the lucky ones. Nepal had barely begun to recover. Rescue teams had returned home but the suffering continues as life in Nepal remains unsustainable, with many landslides posing an ongoing menace that is expected to increase when the monsoon rains begin to fall in coming weeks and months. Shifting weather patterns increase the chances of flooding from melting glaciers, which can leave unsupported debris, increasing the risk of landslides. For the unfortunate people of Nepal, even if areas of danger are identified, as some have argued, people will not be able to move as many roads are damaged and blocked. Most victims are still living under plastic sheets, with little food, water and medicine.

The United Nations has raised only 13 per cent of the $US423 million said to be necessary to help Nepal recover from the April earthquake. The need for aid cannot be overemphasised. As always, Australians swing into action when such disasters hit and calls for help are heard. Many aid organisations swing into action and people around the world begin to help where they can. I am proud to note that the people of the St George area symbolise the Australian ethos of giving—always giving where it is needed. They helped with the China Sichuan appeal when the earthquake hit that area and with the floods in Pakistan. They helped with the 2011 earthquake and when the tsunami hit Japan. That is why I am proud to move this motion and acknowledge the important people who attended to support the fundraiser.

Rockdale City Council has always stepped up to help those in need and I am proud to associate myself with that council. When disasters have hit, whether it is aid to Pakistan, to Queensland or to the Victorian appeal, Rockdale City Council has stepped up. I am proud to say that out of the $16,000 we raised on that night, $10,000 was pledged to UNICEF by Rockdale City Council. The sum of $16,000 was raised in one week. Notice was given and within one week the event took place, with 140 people attending. Guests included the Consul General of Nepal, His Excellency Deepak Khadka, Mayor Shane O'Brien and the new member for Rockdale, who is delivering his inaugural speech right now. 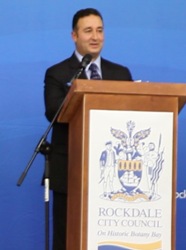 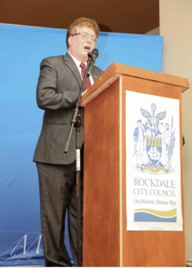 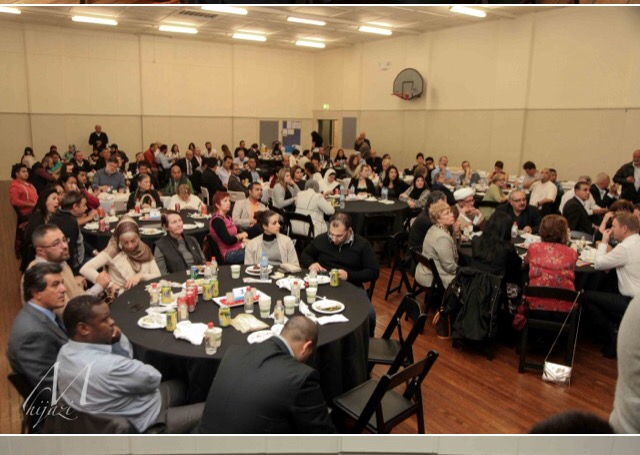 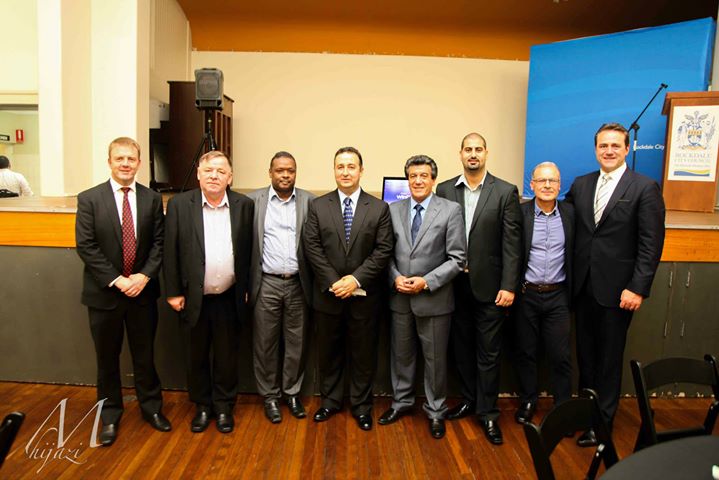 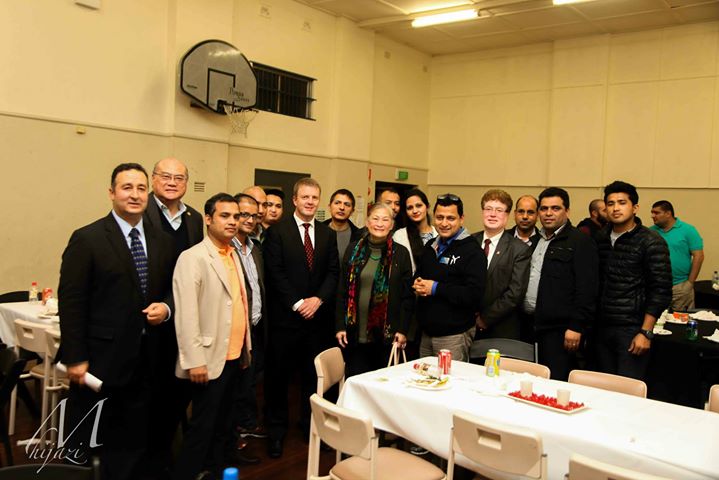 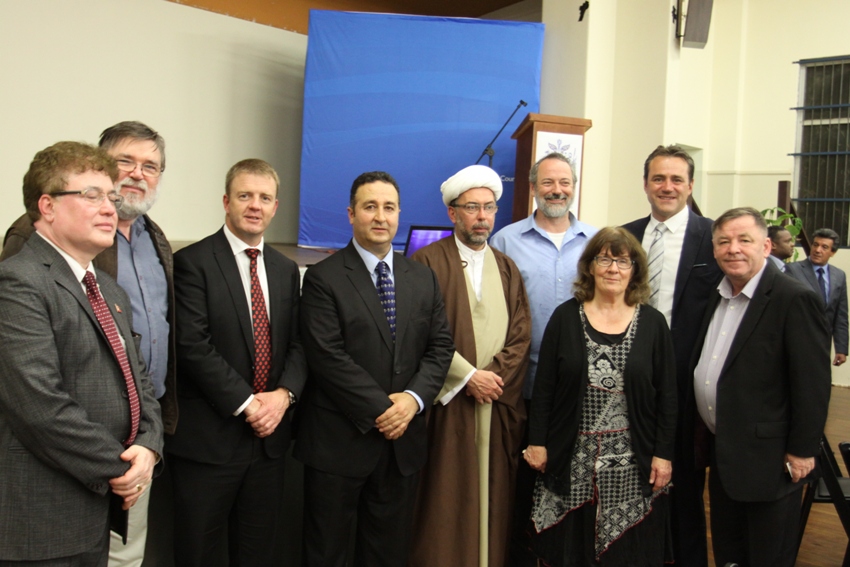