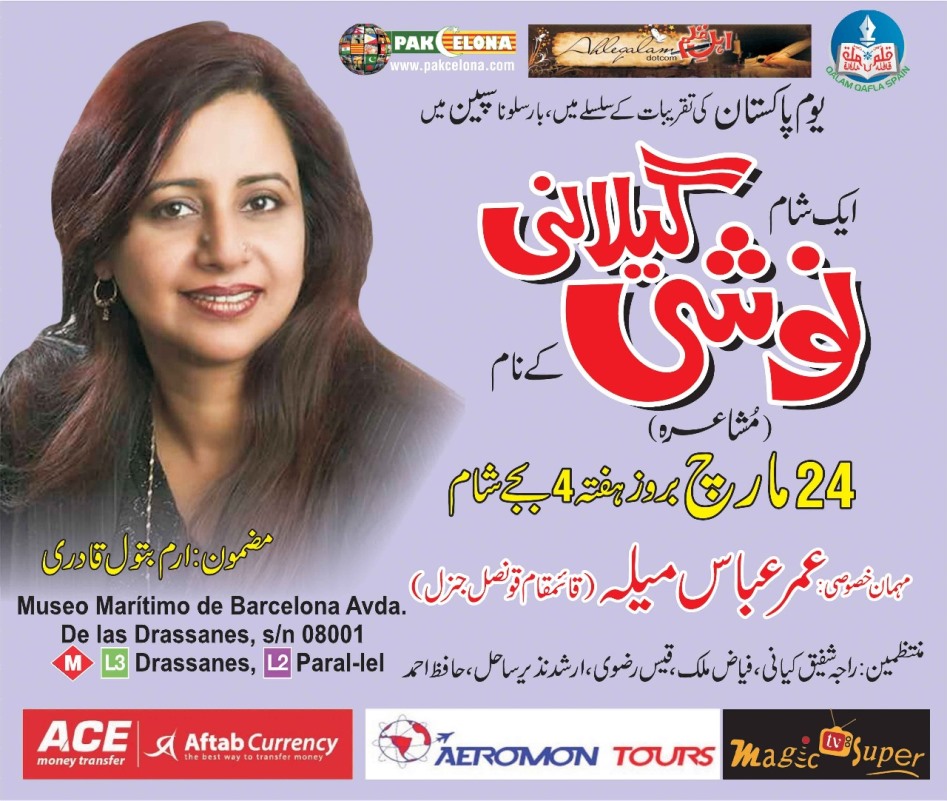 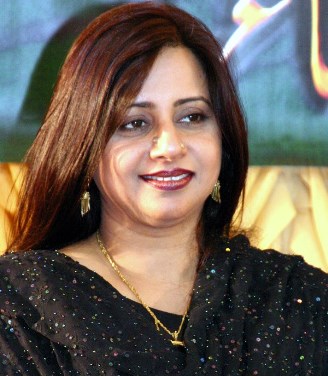 Noshi Gilani was born in Bahawalpur, Pakistan. She is an Urdu poet of international fame and a former academic from the Bahawalpur University, Punjab, Pakistan. She is one of the leading Urdu poets in Pakistan and has successfully published five collections of poetry. She is world known and No:1 Female Poetess of Pakistan.

In 2008, her poetry was translated into English and her poems were read in the UK, with the Poetry Translation Centre's World Poets' Tour. She hosted a tribute to folk singer Pathanay Khan, sponsored by the Pakistan National Council of the Arts (PNCA).

Noshi Gilani settled in San Francisco USA in 1995 but after her marriage to Saeed Khan she decided to move to Australia. She married Saeed Khan, an Australian-based Urdu poet on 25 October 2008 and they currently reside in Sydney Australia. As a President of “Urdu Academy of Australia” Noshi Gilani is working hard for promoting Urdu & Punjabi literature and also hosting International Mushaira in Sydney and other Australian cities. Her New poetry book is publishing in the end of 2018.

The candour and frankness of her highly-charged poems is unusual for a woman writing in Urdu and she has gained a committed international audience, performing regularly at large poetry gatherings in Pakistan, Australia, Canada and the US. Unknown outside the Pakistani community, the translations here mark her introduction to an English-speaking audience.

She is a member of younger generation of female poets. Her experience of living in US shows a notable impact on her significant number of poems. Living through Diaspora has increased the complexity of her poems and reinforced her sense of female identity and introduced a new revolution against restraint creative writers in Pakistani society.