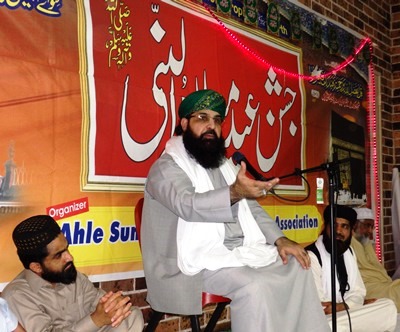 World known Islamic scholar Allama Peer Misbah-ul-Maalik Luqmanvi of Birmingham UK was Chief Guest who speak about the importance of birth of Holy Prophet (PBUH) and life of Nabi Kareem. He said that I am glad to see that large crowed attend a gathering marking the birth anniversary of Prophet Muhammad (PBUH) and people celebrating the day with religious zeal and fervor.

Allama Peer Misbah-ul-Maalik Luqmanvi said that the life and teachings of the Prophet (peace be upon him), were beacon of light for the entire humanity. He said that Prophet Muhammad’s (peace be upon him) message revealed to the humankind through Quran and his own life was about peace, tolerance and moderation and peaceful co-existence with followers of other religions.
At the end of the Milad dinner was served and special prayers were offered for the continuous peace, progress, prosperity of Pakistan and the world. Darood-o-Salam was recited in the end of Milad-Un-Nabi Conference. 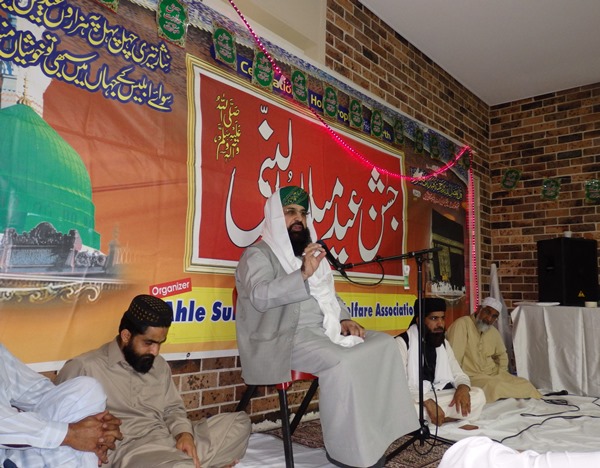 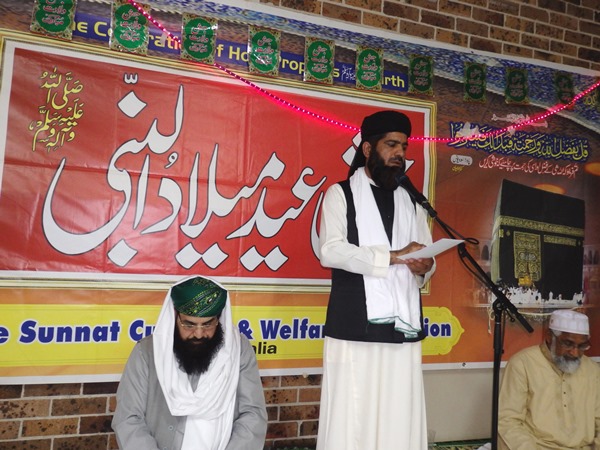 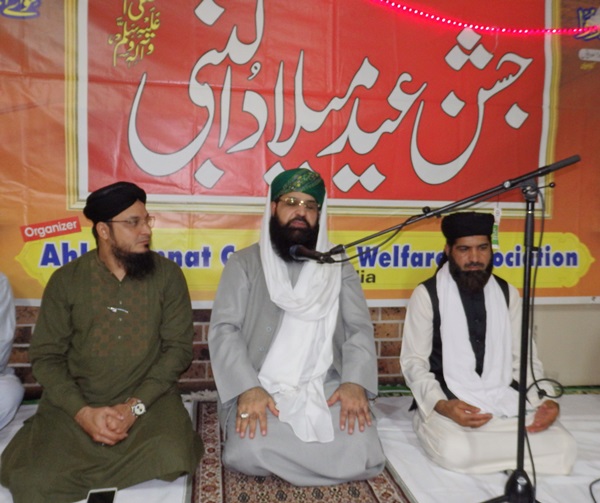 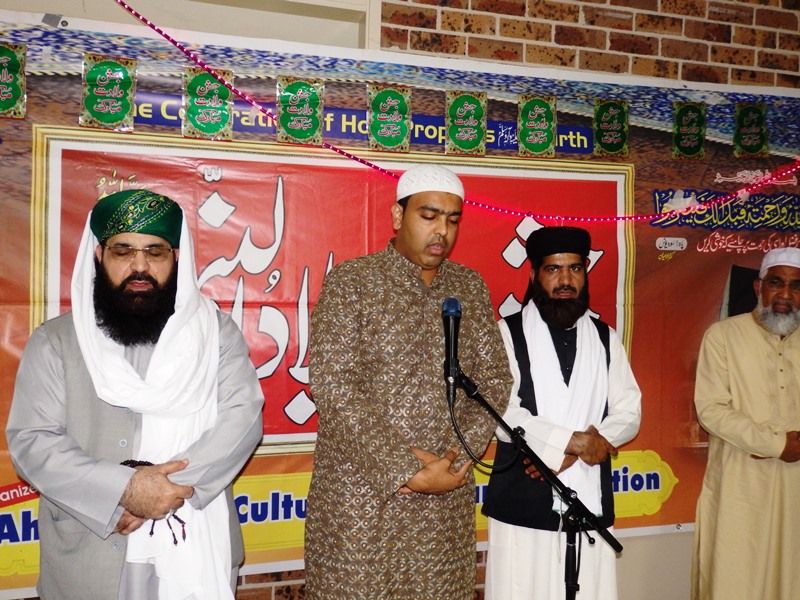