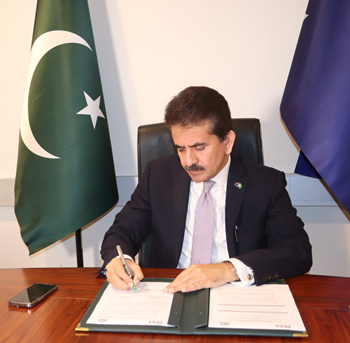 In a Colourful Ceremony Establishment of Pakistan-Fiji Business Council announced

This is the First time in history that an agreement is signed between Pakistan and Fiji to promote bilateral trade. As a special gesture of friendship, Fiji’s Minister for Commerce, Trade, Tourism and Transport, Mr. Faiyaz Siddiq Koya also attended the ceremony.

In his remarks, President FPCCI Mr. Irfan Iqbal Sheikh stated that Pakistan greatly valued the addition of Fiji to the list of its economic partners and wanted to enhance bilateral trade between the two countries. President FCCI Dr. Nur Bano Ali stated that she was delighted to be a part of the historical moment of signing of first ever agreement between Pakistan and Fiji. She expressed her desire to cooperate closely with the FPCCI and explore the opportunities of expanding economic cooperation between the two countries.

Appreciating the efforts of the High Commissioner for Pakistan, Mr. Faiyaz Siddiq Koya described the establishment of PFBC as an important development in bilateral relations between the two countries, particularly in the areas of Commerce and Trade. He mentioned the huge potential to grow trade between Pakistan and Fiji and the signing of MoU had formally kickstarted the process. He hoped that PFBC would create new business opportunities for both Pakistani and Fijian companies and will form a basis of mutually beneficial economic linkages between the two countries.

Speaking on the occasion, High Commissioner Zahid Hafeez Chaudhri described the signing of MoU a landmark development and dawn of a new era in the relations between Pakistan and Fiji. The High Commissioner referred to his visit to Fiji in February this year and his meetings with the senior Fijian leadership where both sides had expressed the desire to strengthen cooperation.
Recalling his meeting with Minister for Commerce, Trade, Tourism and Transport Mr. Faiyaz Koya, Mr. Chaudhri mentioned the agreement on the need to enhance trade between the two countries. 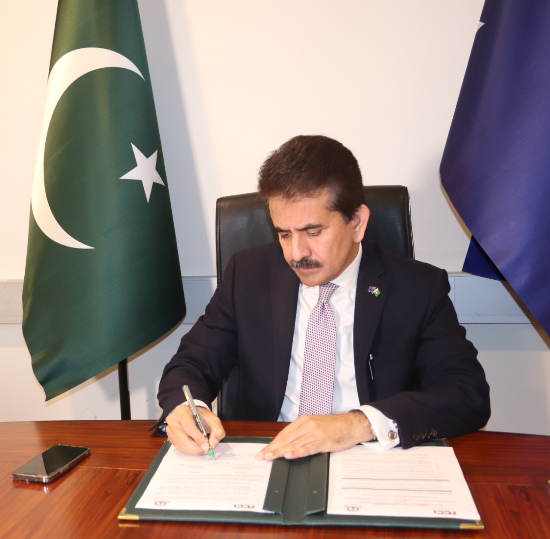 The High Commissioner Zahid Hafeez Chaudhri mentioned that the goodwill and warmth that he had personally witnessed between the people and the Governments of Pakistan and Fiji had helped take the cooperation and engagement between two countries to the next level. He also congratulated both the Chambers of Commerce and Industry on establishment of the PFBC, describing it as the first practical step to establish institutional framework to strengthen economic cooperation. The High Commissioner also mentioned other initiatives that the High Commission was working on in collaboration with relevant departments in Pakistan and Fiji including establishment of Pakistan-Fiji Bilateral Political Consultations (BPC), Bilateral Trade and Investment Framework Agreement (TIFA), and Development Cooperation Framework Agreement (DCFA). He described the cooperation between Pakistan and Fiji as a partnership for peace, development, and prosperity. 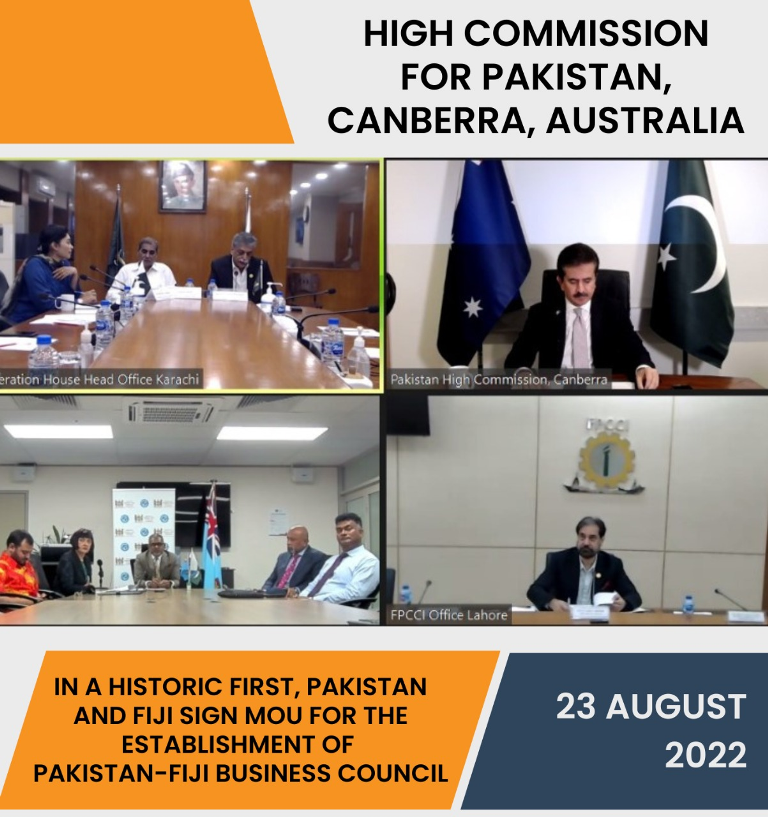 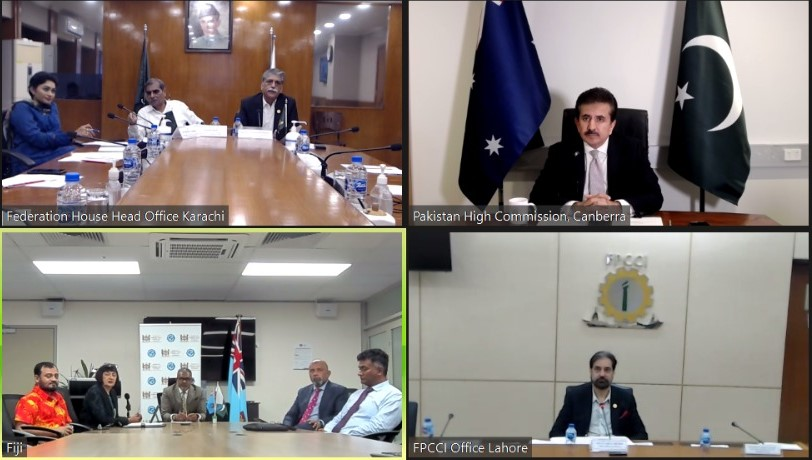