We are pleased to announce that the appointment notification of new office bearers for PML-N Australia’s chapter has been issued by the president PML-N International Affairs, Muhammad Ishaq Dar, on 22nd February 2022. The notification is issued with the approval of PML-N Quaid Mian Muhammad Nawaz Sharif and the President PML-N Mian Muhammad Shehbaz Sharif. The new appointments are for two years, starting from the notification issuance date. The appointed team is comprised of academics, businesspersons, industrial professionals, influencers, and students. The list of newly appointed office bearers is mentioned below: 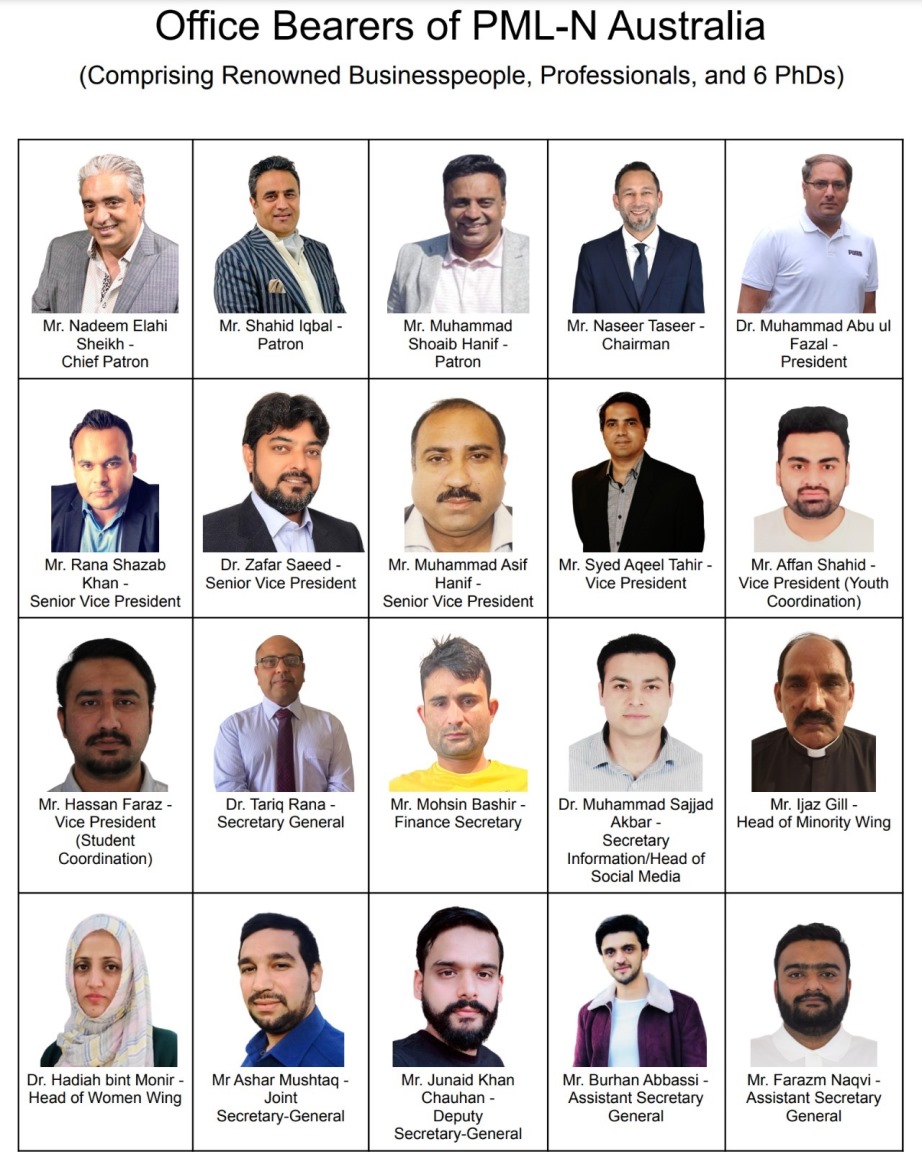