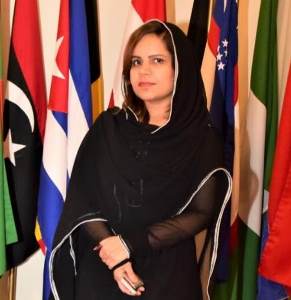 The Ministry of Foreign Affairs Government of Pakistan appointed Mrs. Saima Jamil as a Consul at Consulate General of Pakistan Sydney Australia. She will replace Muhammad Sheryar Khan who is posted at Mashhad, Iran.

Saima Jamil is a career Foreign Service officer with many years of experience working in the Ministry of Foreign Affairs, Islamabad. New Pak diplomat Saima Jamil is arriving next week in Sydney. During the talk to Sada-e-Watan, Saima Jamil said that I will try my best to serve Australia Pak Community and all concern people who needs any type of service, assistance or guidance from Consulate General of Pakistan.