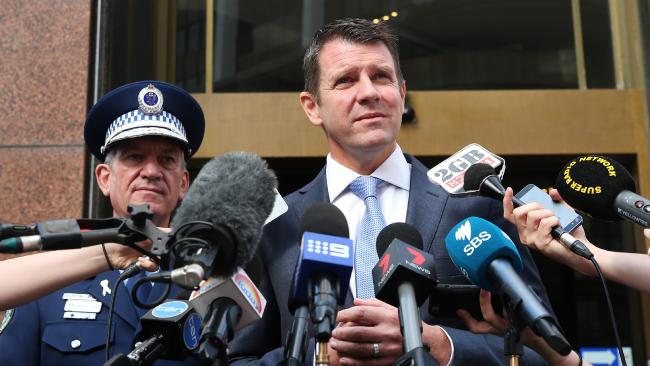 Sydneysiders have been praised for their response to the Lindt Cafe siege at an emotional ceremony marking the first anniversary of the deadly attack. Sydney siege survivors and the families of victims Tori Johnson and Katrina Dawson gathered among hundreds in Martin Place in the ceremony that paid tribute to the victims, and lauded the responses of peace and compassion from the public. Gunman Man Haron Monis shot and killed Lindt cafe manager Mr Johnson in the final moments of the siege, while barrister Ms Dawson was killed during Police operation.

Sydney is mourning but stands in hope on the first anniversary of the deadly Lindt Cafe siege, NSW Premier Mike Baird says. A year ago gunman Man Haron Monis walked into the Martin Place cafe and took 18 people hostage, holding them captive for more than 17 hours. Lindt Cafe manager Tori Johnson, barrister Katrina Dawson and Monis died in the siege.
Outside the cafe with Police Commissioner Andrew Scipione on Tuesday morning, 15 Dec 2015, Mr Baird reflected on the day terror came to Sydney.

'We will not be stared down by those who want to bring evil to this city, those that want to divide us. We stand in hope,' he said.

Premier Mike Baird marked the sombre occasion by having a cup of coffee with Mr Scipione at the cafe before it opened to the public. Inside, siege survivor Joel Herat emerged from behind the Lindt Cafe's counter to shake Mr Baird's hand before the two embraced, while several bouquets have been left at the steps of the cafe.

'I gave then - and the guarantee I give now - is that we as law enforcers will do absolutely everything we can to prevent this type of thing happening again.'

The Dawson and Johnson families will mark the occasion alongside the premier on Tuesday evening.

'And I will certainly never forget the response of this amazing city, as we came together with an outpouring of love and unity.'

Lindt Cafe CEO Steve Loane paid tribute to the 'remarkable strength and resilience' his staff had displayed over the last 12 months.

Fiona Bunn, who befriended staff after the siege, said: 'they are just an amazing bunch of people who have banded together as a group, as a family'.

The Lindt Cafe building will also be lit up for five nights with projections of the floral tribute and the thousands of messages laid at the site in the aftermath.A permanent memorial - hundreds of illuminated glass boxes holding flowers and set into granite paving - will be established outside the cafe at a later date. 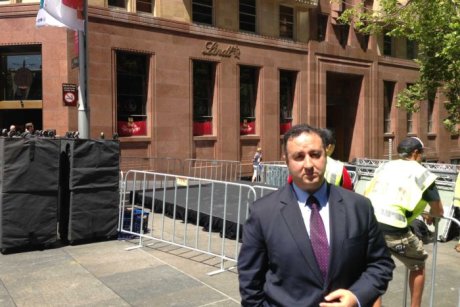 A year after the Lindt Cafe siege, Muslim leaders are calling for the Australian community to return to the same sentiment of solidarity seen in Sydney after the fatal attack. Labor MP Shaoquett Moselmane — the first Muslim elected to NSW Parliament — said he would like to see the anniversary of the siege spent in the same harmonious way.

"I remember on the day of the event there were a lot of people tweeting 'I'll ride with you' and 'I'll share with you' — it was an excellent show of harmony between community groups, " he said.

Silma Ihram, from the Australian Muslim Women's Association, said there was a lot of solidarity in the crowds that gathered to mourn the two victims, Tori Johnson and Katrina Dawson, in the days after the siege when she went to pay her respects with some friends.

"I was there myself and people were coming up and thanking us for being there, we had so many people stop us and hug us and talk to us and cry, it was a very emotional event," she said.

"It was a shock — it was the loss of innocence in our city."

Ms Ihram said with the recent terror attacks in Paris and California, along with the shooting at the Parramatta police headquarters in Sydney's west, Australia's social cohesion had been threatened with anti-Muslim sentiment expressed more openly by extremist groups.

"One year on a lot of relationships that have been forged to stand together against this kind of crazy mentality that is affecting all sections of our society, particularly those who are moving to the extremes, that solidarity and resilience is certainly being tested," she said.

Ms Ihram said today's memorial was a timely reminder of how Australian society in all its diversity must remember to stick together.

The ceremony was start at 8:15pm at Martin Place, and will involve performances including a rendition of I Am Australian by the NSW Public Schools Singers.There was one minute's silence at 8:40pm, followed by an address by the NSW Premier Mike Baird.

Light projections incorporating the floral tributes which were left at Martin Place after the siege will be beamed onto the Lindt Cafe building in a show that will continue for the next five nights. 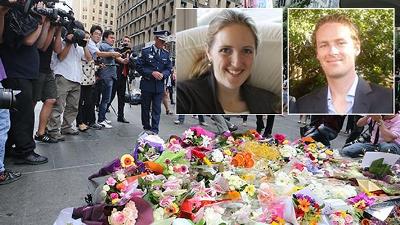 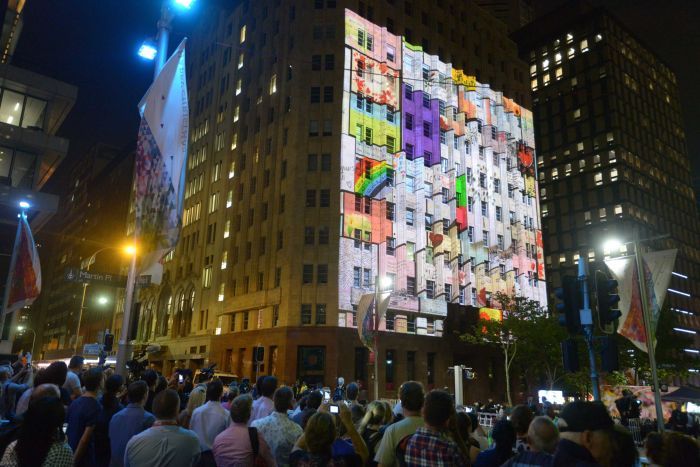 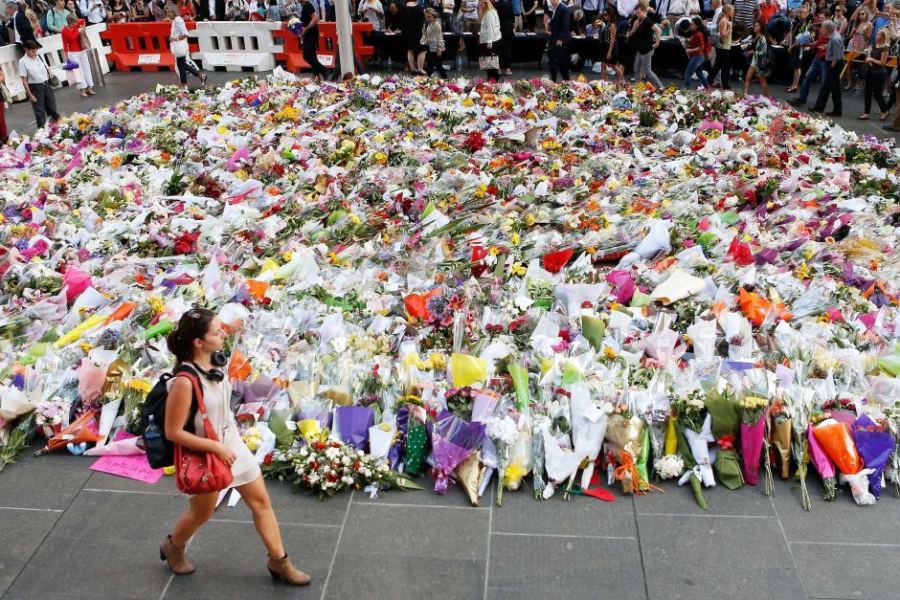