Career Diplomat Mr Tasawar Khan was Deputy High Commissioner of Pakistan to Australia and served with 3 High Commissioners, Syed Jalil Abbas Jilani, Fouzia Nasreen and Abdul Malik Abdullah. After completing his tenure, he was posted as a Consul General of Pakistan in Los Angeles, USA. All senior diplomats love his Great work for MOFA, positive approach and way of serving the community. He is still popular in Pak Australian community and can not be compared with any other DHC of Canberra. The community miss this humble officer.

In USA he worked in the Leadership of H.E. Syed Jalil Abbas Jilani Sahib, Tasawar Khan achieved a lot of respect with a reputable image. Now Mr Tasawar Khan has returned from LA to Islamabad and assumed the charge of Director General (Special projects) at the Ministry of Foreign Affairs. Sada-e-Watan Sydney wish him Good Luck and pray for continued kindness of Allah Almighty for him & his family. 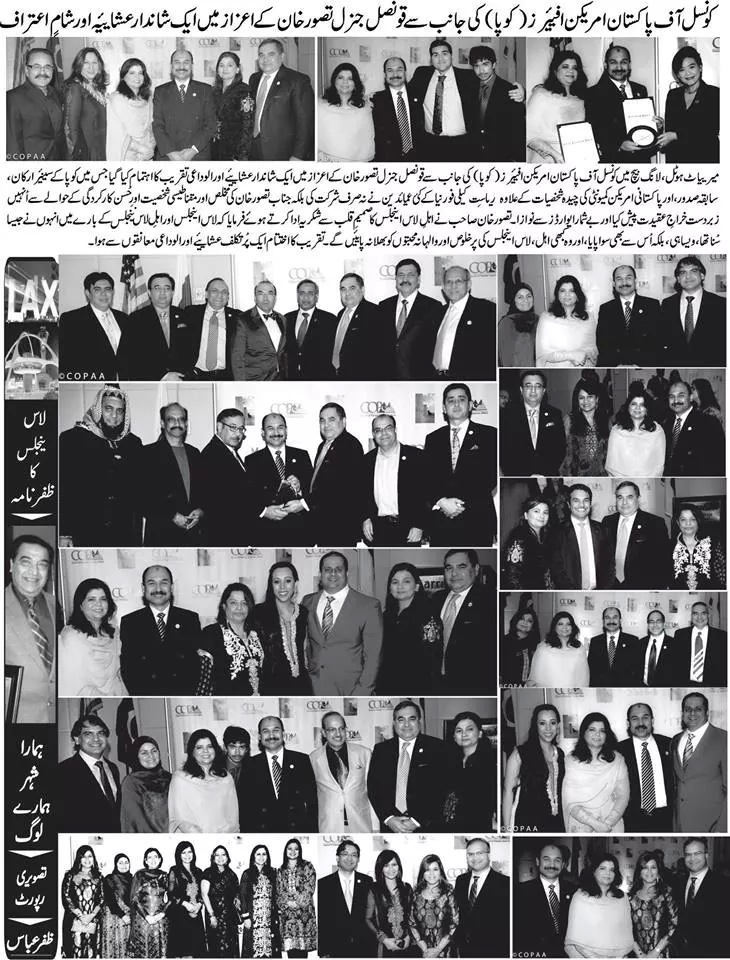 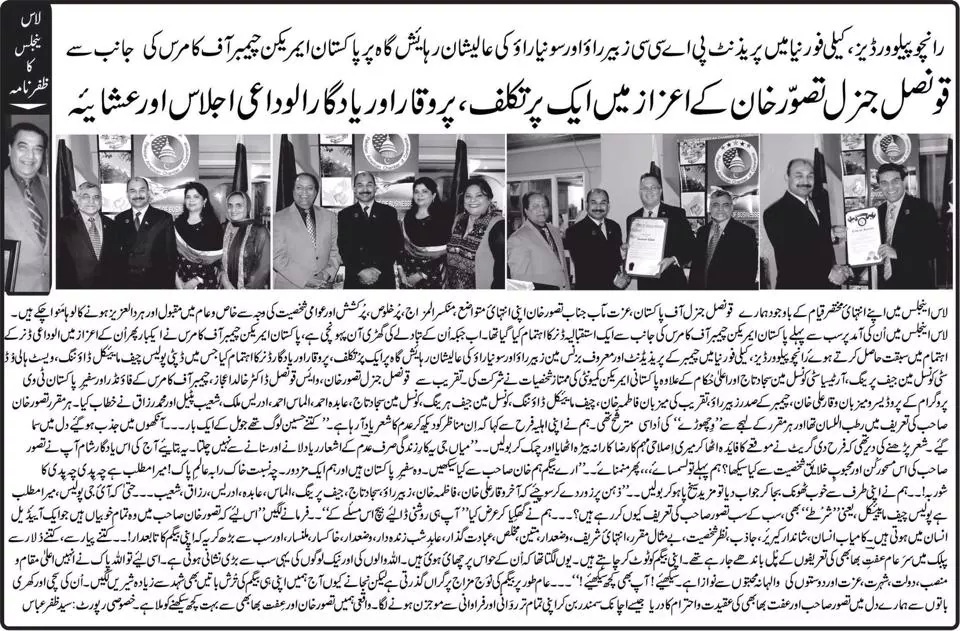 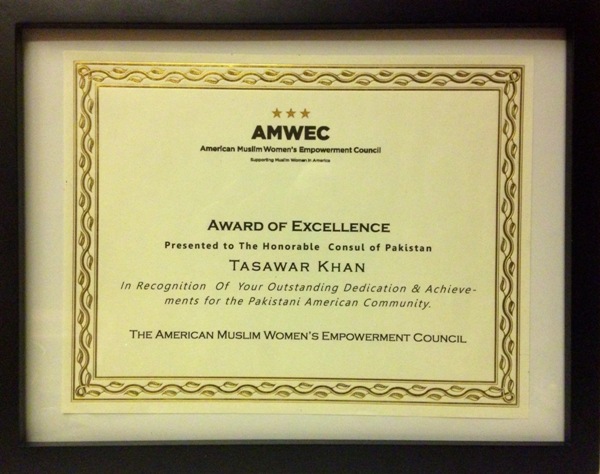 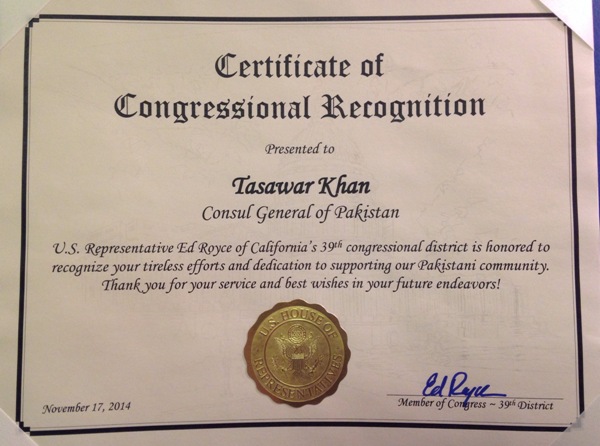 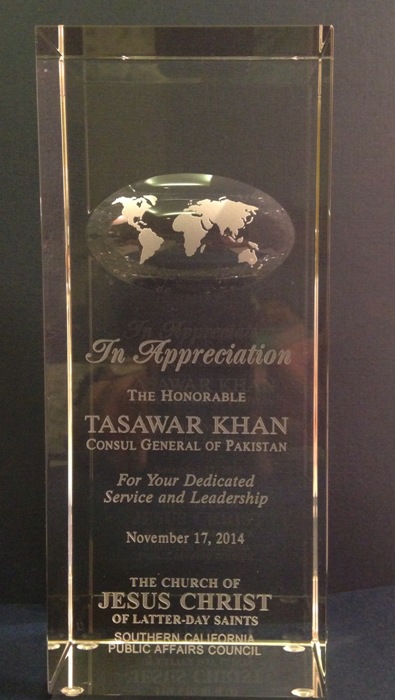 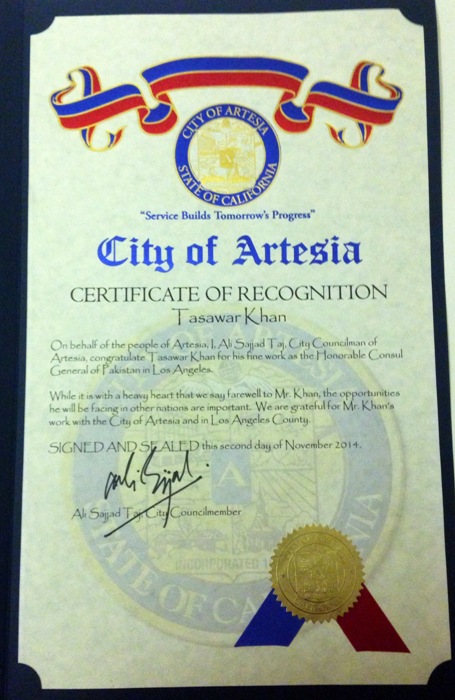 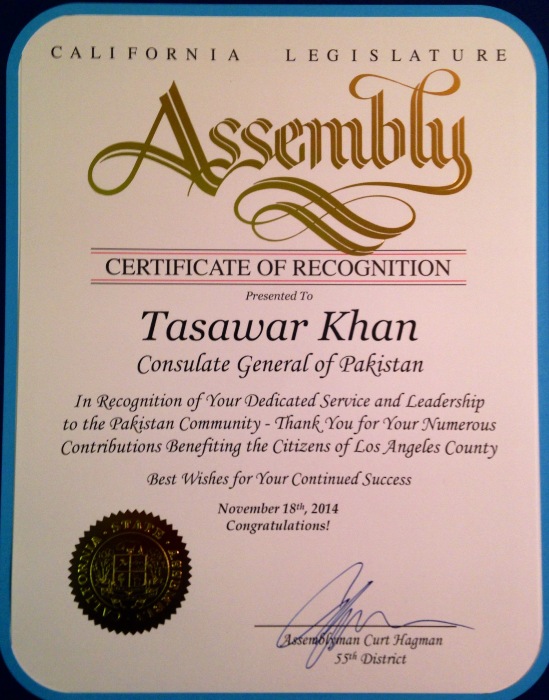 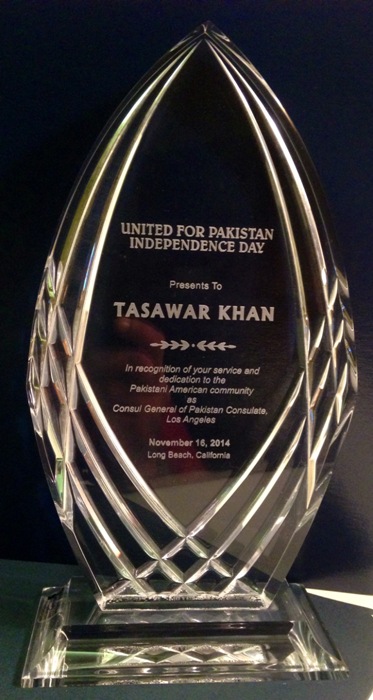 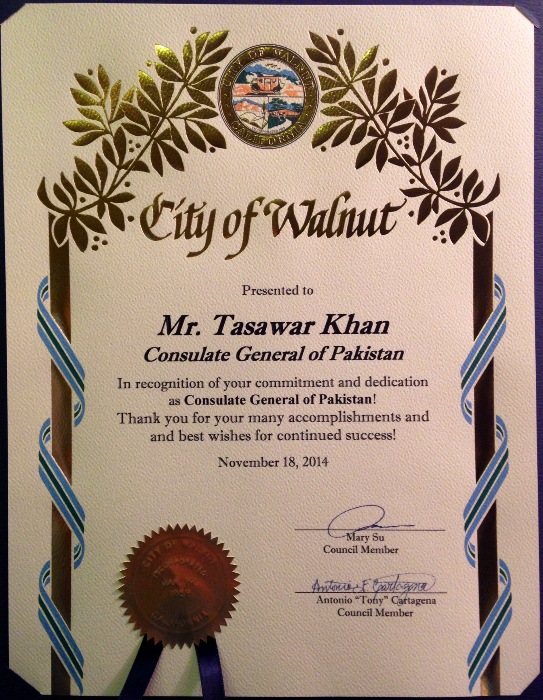 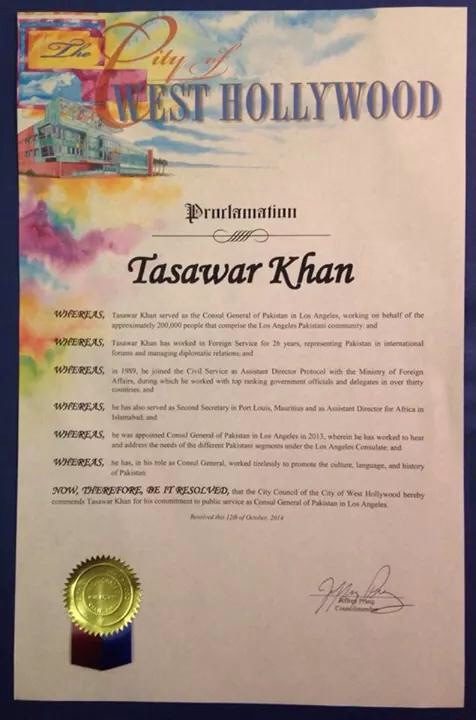 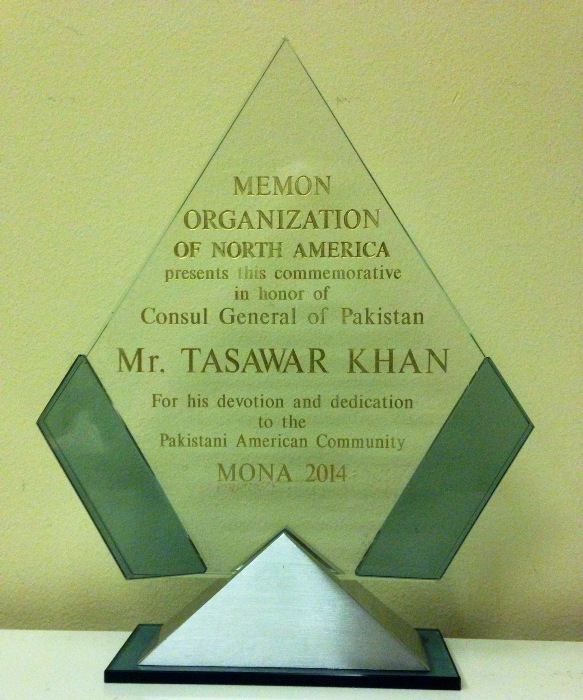 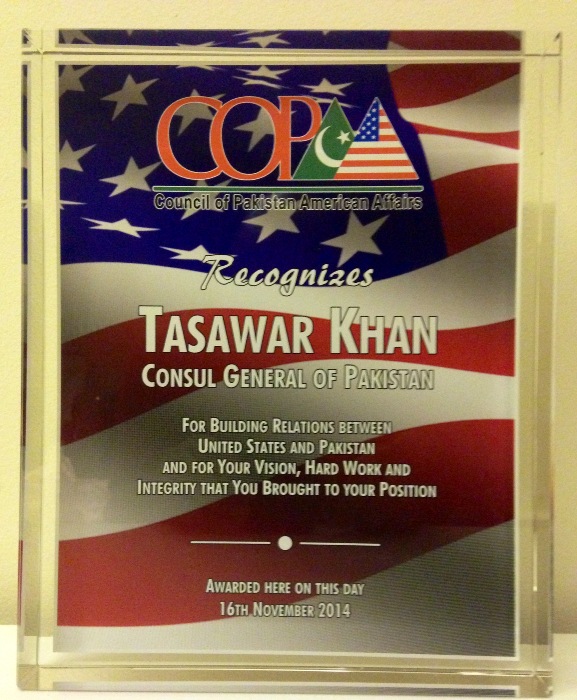 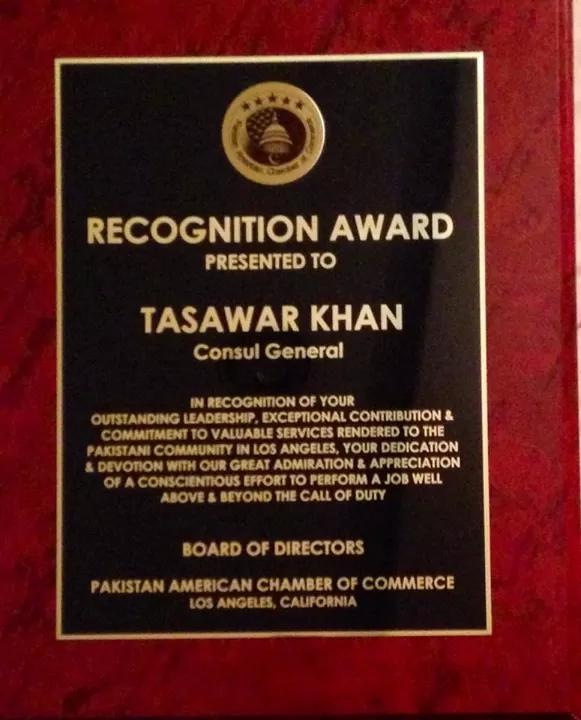 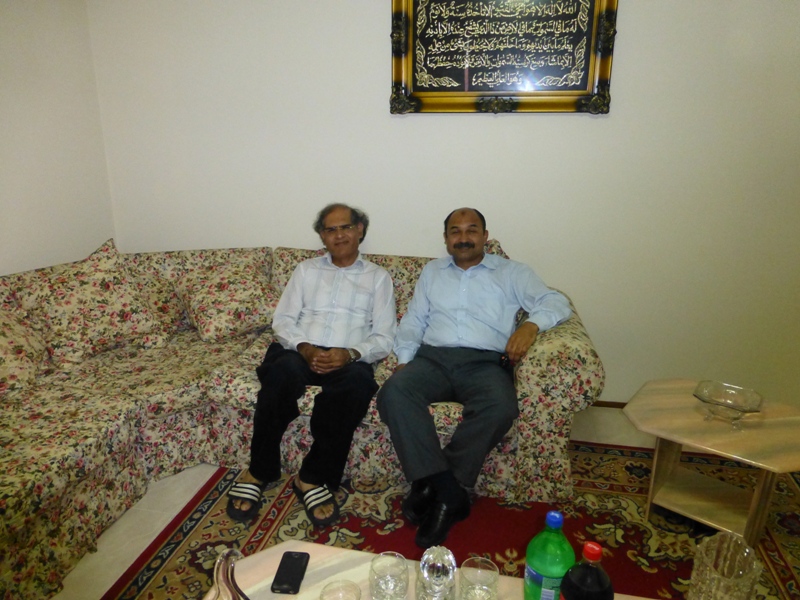