Australia wins gold in science at the 2015 World Education Games 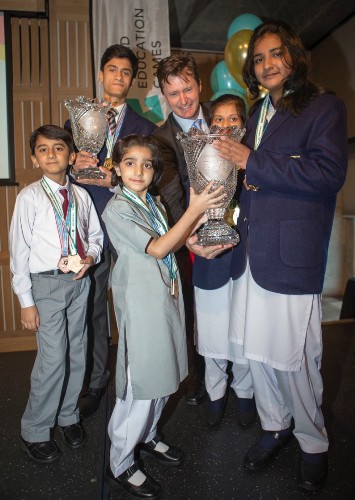 The nation’s best and brightest students have led the country to victory to take out the Science World Cup in the recent World Educations Games (WEG), held 13 – 15th October 2015.
Hosted by 3P Learning, an Australian online education resource company, WEG 2015 saw more than six million students from 159 countries compete against each other for the ultimate prize in learning. Pakistan were crowned overall world champions and also took out the Maths World Cup, with Malaysia taking out the Literacy World Cup.

The World Education Games revealed stand-out competitors from all over the world, including some in our own backyard, with WA-based teenager Dara Hart topping Year 8 in all three categories, and receiving a Macquarie Medal.

3P Learning CEO Tim Power said: “Our Aussie kids have really excelled this year, particularly in Maths and Science. I’m ecstatic to see a real passion for learning amongst our kids, as well as from around the globe, from Norway to Nigeria, and Britain to Bangladesh.”

“3P Learning is proud to host the World Education Games and 2015 has marked another highly successful set of online global education events, with students competing against each other in literacy, mathematics and science challenges using our Mathletics, Spellodrome and lntoScience resources,” Mr Power said.

Science proved to be Australia’s strong suit, with the ACT’s Christina Gao placing first in Year 7, and WA’s Jamie Richards and Kevin Susanto securing gold in Year 9 and 2 respectively.

In addition to topping the Science category, Australia came second in Maths and third overall, beaten by Pakistan and Malaysia. Australia came equal eighth place for Literacy, alongside countries including Dominican Republic and New Zealand.

Ambassador Adam Spencer said: “The World Education Games is a fun and engaging way to get kids excited about learning. I hope Australia’s win in science will see these students continue their love of learning and confirm that learning isn’t for nerds – it’s for everyone.”

Microsoft Australia is a proud sponsor of World Education Games 2015. George Stavrakakis, Director, Education at Microsoft Australia said, “We are committed to helping students to reach their full potential and to help drive greater learning outcomes in the classroom. It’s critical that we continue to develop valuable STEM skills for students to be effective in tomorrow’s global workforce – events like the World Education Games make learning maths and science fun.”

Participating students and schools also supported the UNICEF School in a Box program, which sees students earn UNICEF Points for every correct answer in WEG. The total global points earned go towards purchasing a school-in-a-box kit that contains all the essentials a teacher needs to provide an education to up to 80 students and can be used for any language or ethnicity. WEG 2015 saw students from around the world earn 169 million UNICEF points, and raise more than $100,000 which will help 33,000 kids go to school.

3P Learning is an Australian company and global leader in online education. Our programs cover mathematics, spelling, literacy, reading and science. We’re a global team of passionate education and technology gurus. More than 4.8 million students in more than 18,000 schools across the world use 3P Learning resources which are designed by educators and educational technologists in partnership with schools and families.
With our resources, which are fully aligned with over a dozen international curricula, learning becomes fun – with independent learning encouraged and celebrated.

About the World Education Games

Held biennially, the World Education Games is the flagship event for 3P Learning. This global celebration of learning spans 96 hours, with over 10 million students participating in the events since 2007. WEG 2015 will be held over the 13th, 14th and 15th of October 2015. More than five million students from around the world are expected to participate in this free event. World Education Games is sponsored by Microsoft and Macquarie.

About our partnership with UNICEF

We believe every child should have the opportunity to love learning and we are passionate about education for all. We work closely with our global partner UNICEF to help bring education to parts of the world where it is desperately needed.

At the centre of our global partnership with UNICEF is our goal of ZERO. That’s a goal of zero young people without access to an education. Every year we financially support a number of projects including School-in-a-Box and the building and ongoing running of UNICEF Child Friendly Schools. To date, more than 100,000 students have been supported by the School-in-a-box program. 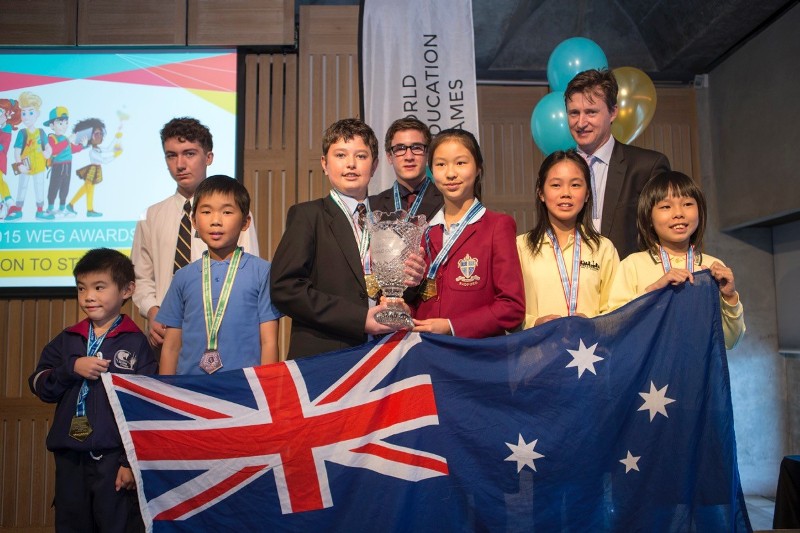 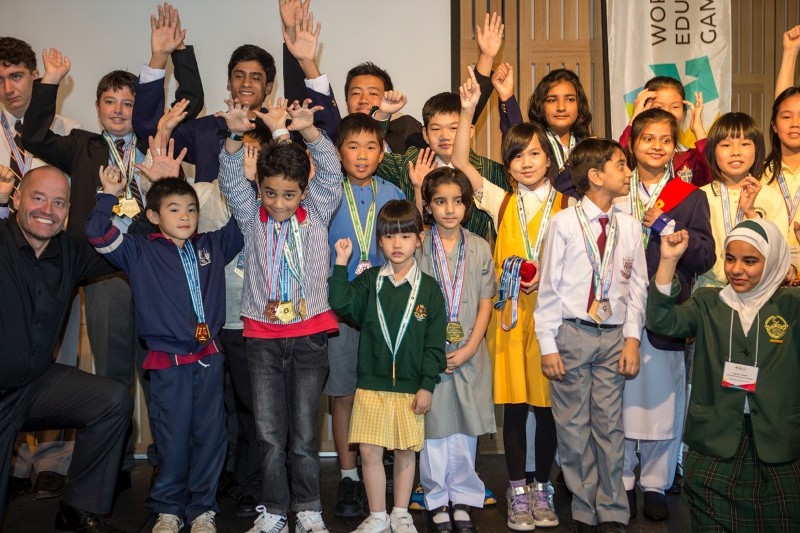