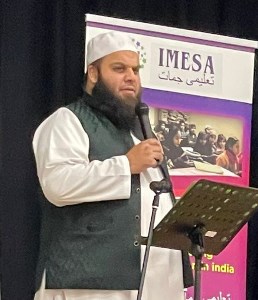 The program commenced with Quran recitation by Moulana Abeer ul Hassan Thanvi, a locally raised Imam, educated in South Africa. He gave an inspiring talk about the acquiring of knowledge in Islam. He asked the audience to read the Islamic history to learn about the great contribution to the knowledge and science during Islamic rule of nearly 1000 years. The Muslims cities of Baghdad, Damascus, Cordoba etc were the largest centres of learning for the entire world during Golden Age of Islam (7th-13th century), imparting knowledge and undertaking research in all fields of sciences and philosophy. He emphasised the importance of education for Muslim children and appealed for giving zakat and sadaqat during the holy month of Ramadan.

A short film of IMESA showed the Taleemi Jamaat project details, the data on Indian Muslims and how their socio-economic backwardness had effected their lives, leaving them the least educated and poverty stricken community in the country.

A mini-documentary of IMESA run classes from various parts of India was also screened. In this documentary, a collection of clips, the poor students in various cities, their parents, and teachers told their stories and experiences and extended their gratitude to IMESA for the continued support .

IMESA has now been operating for a few years and currently running five projects successfully in Vadodara, Gujarat; Shaheen Bagh, Delhi; Saharanpur & Lucknow in Uttar Pradesh; and Boisar in Maharashtra benefiting hundreds of the poorest children and their families. IMESA aims to establish new projects in other states of India. IMESA requests Indian Muslims living in Australia to let them know if you see any need of such projects at your native place and if you or your known ones (trusted and socially responsible people) would like to be a part of coordinating our new projects in areas where it will benefit the poorest children the most.

The fundraising call was very well received by the attendees who generously donated to the cause. The fund raising team consisted of Mr Zahid Jamil, Mr Syed Aslam Shaheer, Mr Shahnwaz Ali supported by a team of volunteers. Mr Zahid Jamil applauded the patrons for their generosity and thanked the team members and the volunteers for their tireless efforts.

IMESA aims to increase the educational levels of poorest Muslim children in India. Muslims number approximately 180 million in India and majority of them are among the poorest communities in India, and have below average levels of education, and suffer from deprivation of their basic needs.

IMESA seeks to improve the lives of these families through promoting education, both encouraging children to stay in school, and encouraging parents of child labourers to enrol their children in school. It is achieved through educational campaigns, providing additional financial support for families (school fees, uniforms, compensation for lost), and providing after-hours study spaces and tutoring support.

By providing vulnerable children with an education, IMESA seek to improve their future employment and economic opportunities, to improve their overall socio-economic status, and ultimately pass on these benefits to their families and the broader community.

For more details of the organisation and its activities. Please visit
https://imesa.org.au/ 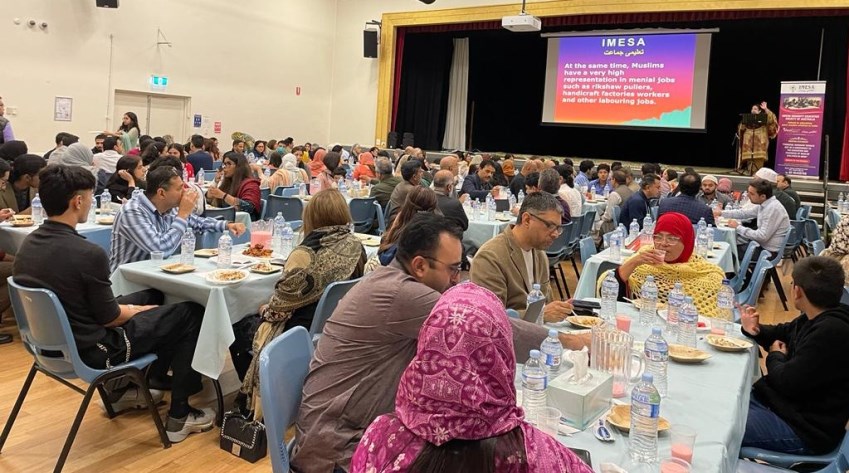